How is this video projection screen is used in tests of Europa Clipper's high gain antenna?

The full-scale prototype antenna, which at 10 feet (3 meters) tall is the same height as a standard basketball hoop, is in the Experimental Test Range (ETR) at NASA's Langley Research Center in Hampton, Virginia. Researchers from NASA's Jet Propulsion Laboratory in Pasadena, California, the Johns Hopkins University Applied Physics Laboratory in Laurel, Maryland, and Langley are testing the prototype in the ETR in order to assess its performance and demonstrate the high pointing accuracies required for the Europa Clipper mission.

The ETR is an indoor electromagnetic test facility that allows researchers to characterize transmitters, receivers, antennas and other electromagnetic components and subsystems in a scientifically controlled environment.

Notice that there is a projection screen with an image of Jupiter and presumably Europa being projected on to it.

Kudos for "keeping an eye on the prize" but I am not sure how the projections could be part of the testing of the antenna. Perhaps the image is there to improve the attractiveness of the photo-op for publication, but that wouldn't explain the presence of the screen or the rojector.

Question: How is this video projection screen is used in tests of Europa Clipper's high gain antenna? Are there optical tests of imagers or star cameras done in this site as well perhaps? 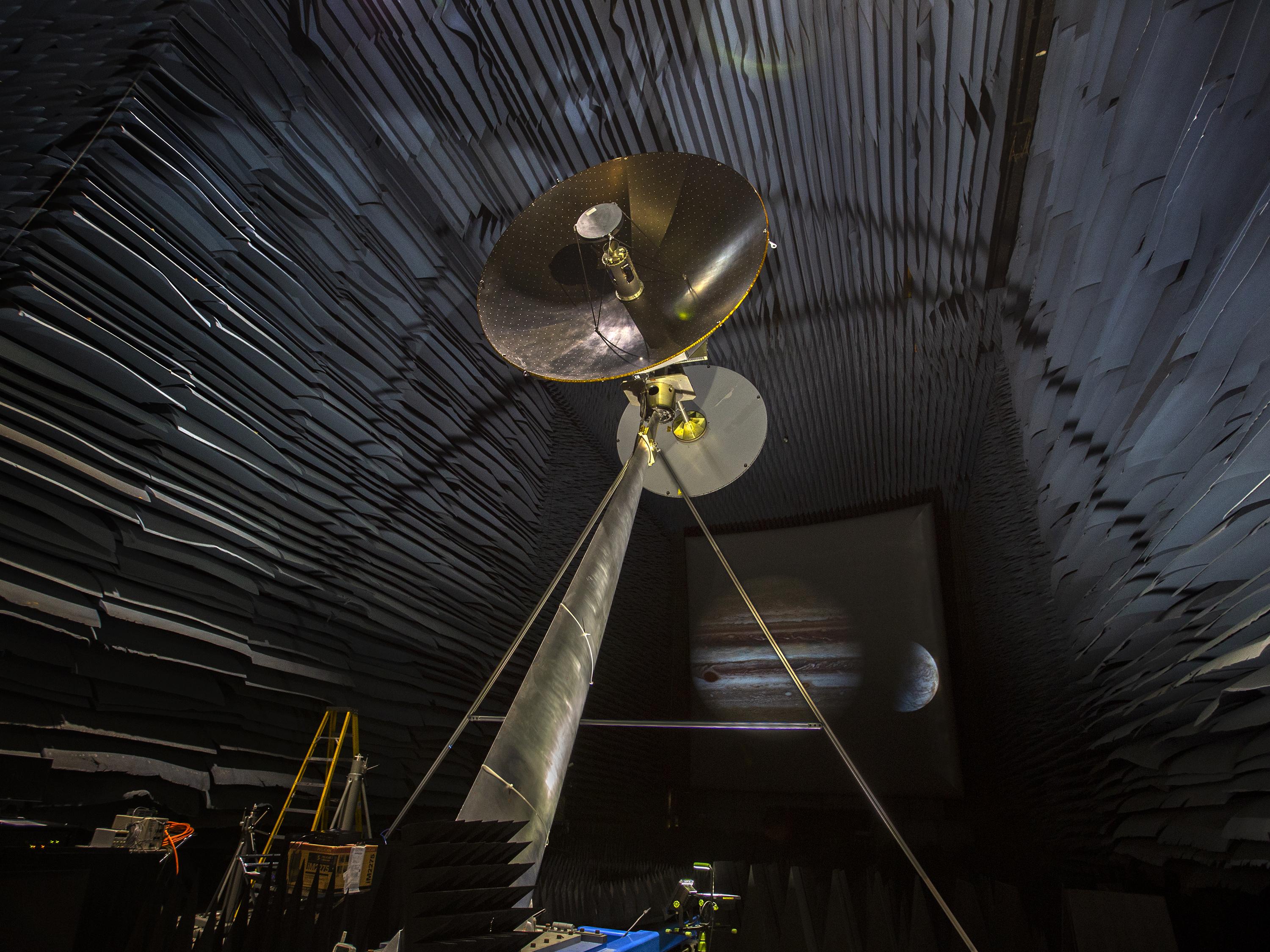 8
Why is TESS' high gain antenna made of undulating BLACK fabric rather than metal?
7
How does Curiosity know how to point and move it's high gain antenna in real time?
1
What is this combination tracking telescope and helical antenna pair? was it really used, and who is/was FlightLine?
3
Need help identifying this (likely to be) phased array antenna used to track launches
1
How does this antenna work, with both a feed horn and hyperbolic secondary in front of the dish?
1
Is OSIRIS-REx's high gain antenna nearly the same as TESS'? If so, why?
3
How exactly were the signals from quad dishes of Apollo Deep Space High-Gain Antenna or Russian B-529 processed for local control of tracking?
3
How does this large, flat antenna made from overlapping circles at Australia's Carnarvon Space Tracking Center work?
3
How would I determine the power usage for a X-Band High Gain Antenna?