Why do GEO satellites need different types of antenna?

Why do GEO satellites like the one shown in the picture below need different types of antenna? Is there a reference library or website where we can get more information on different antenna types, suppliers and their suitability for particular orbit and usage. 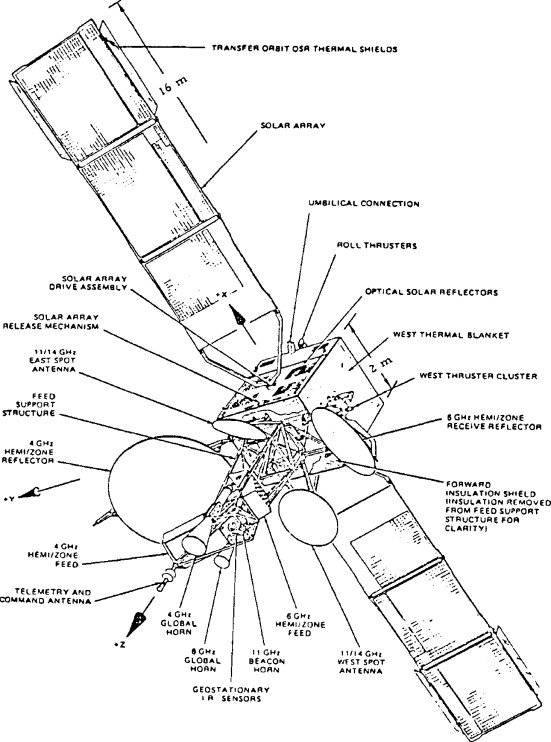 For this satellite here is my impression:

Lastly, if you know which satellite this is we can look it up and the chances are (if it isn't too old) that there may be a map of the spotbeams somewhere online.

Not the answer you're looking for? Browse other questions tagged spacecraft antenna or ask your own question.

6
How are phased array antennas used in spaceflight? Benefits and limitations
7
How do commercial broadcast satellites in GEO produce such carefully shaped signal footprints?
7
Why is TESS' high gain antenna made of undulating BLACK fabric rather than metal?
1
Why were the antennas on the spherical surface of some early satellites spiral-shaped?
7
What are these antenna-like structures seen in Oleg Artemyev twitter video?
3
What is the largest antenna deployed in space?
2
How does this fast-slewing dish track moving spacecraft?
6
How does the pattern on the MarCo cubesat's antenna boost data-transmission?
3
How exactly were the signals from quad dishes of Apollo Deep Space High-Gain Antenna or Russian B-529 processed for local control of tracking?
1
How do OneWeb satellites' antennas work?