What are these big shiny metallic “lumps” on the bottom edge of each Falcon Heavy nozzle?

What are these big shiny metallic "lumps" on the bottom edge of each nozzle of each core of this Falcon Heavy image from the Teslarati article SpaceX reveals Falcon Heavy Block 5 in first official photo, timelapse. See also SpaceX tweet.

I'm thinking it could be related to damping vibrations or oscillations of the nozzle, preventing it from ringing like a bell?

I've never seen one in SpaceX videos of the single nozzle of the 2nd stage, but of course those are very different and much larger structures.

Based on the placement on the eight outer nozzles such that they fall directly between adjacent nozzles, I thought that they might be "bumpers", but that wouldn't explain the presence on the central engine's nozzle. Of course it might be there just so that the engines are identical, so that there aren't two kinds of first-stage nozzles. 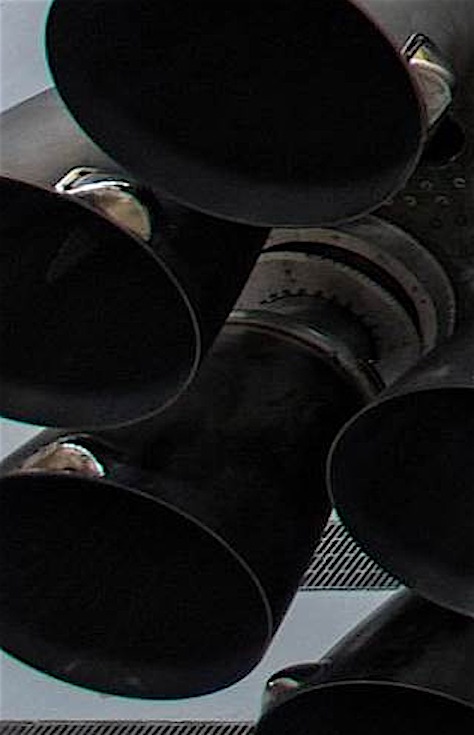 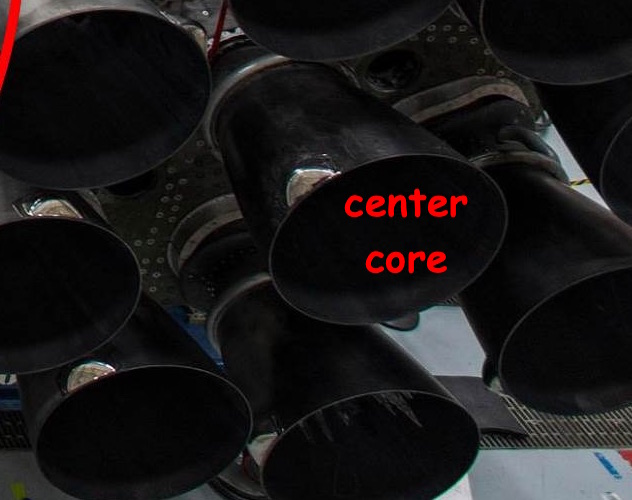 They are bumpers, to prevent damage during gimbaling. These were added after an incident in testing where engine nozzles were damaged after they banged into each other.

The bumper functions as a crumple zone. Here's a cropped version of this photo, which shows the bumper on the 400th Merlin engine.

There's no primary source for this.

They are bumpers for when the engines move and gimbal, to avoiding ringing the bells.

You can see it on the 100th Merlin delivered image. 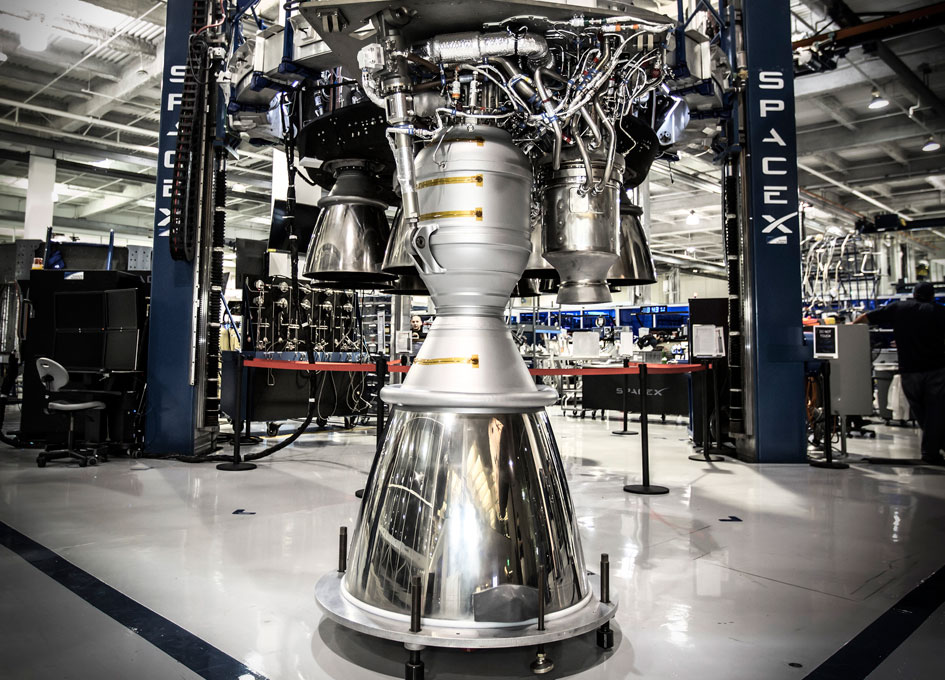 Not the answer you're looking for? Browse other questions tagged spacex falcon-heavy identify-this-object nozzle merlin-1d or ask your own question.

25
When SpaceX claims to build 4 engines/week, which engines do they mean?
6
Does the second stage of the Falcon 9 have RCS thrusters?
10
If it is difficult for Merlin engine to have deeper throttling, could it be as an option a different engine at the center of the rocket?
19
What would the challenges be in developing a Falcon Heavy with three or four strap-on boosters?
9
If not constrained by underpasses, etc., would Falcon 9 have been less of a flying noodle?
9
What if an engine fails to ignite on Falcon Heavy?
14
What are these yellow devices attached to the Falcon Heavy?
2
What are the drawbacks using an intelligent bulldozer on Mars for the assistance of a rover?
5
What are these flames on the Falcon 9 booster?
9
What is the white spray-pattern residue inside these Falcon Heavy nozzles?