What set of units does the Orion capsule cockpit instrumention use?

Shuttle was English, ISS is metric.

For example: What units are inertial velocity displayed in?

crewed-spaceflight design unit-systems
Share
Improve this question
edited May 22 '20 at 21:32

If the decision of NASA from January 8, 2007 to use only metric units for all operations on the lunar surface when it returns to the Moon is still valid, it should be valid for the Orion capsule too. See this page.

ISS seems to be not pure metric:

NASA has ostensibly used the metric system since about 1990, the statement said, but English units are still employed on some missions, and a few projects use both. NASA uses both English and metric aboard the International Space Station.

Here is an image of a Orion cockpit display design from this NASA paper: 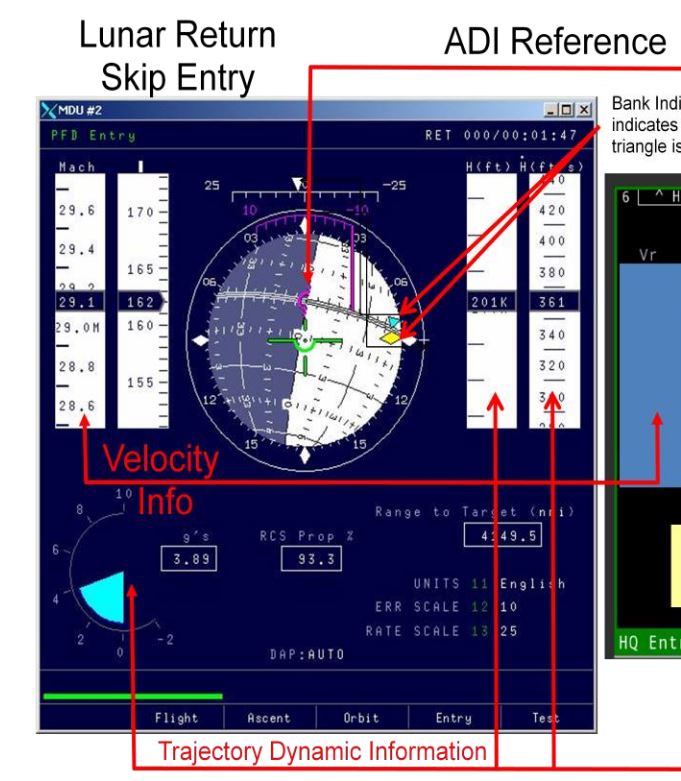 We see non metric units here like ft, ft/s, nmi. But there is also the string UNITS English. This might indicate user selectable units by a soft key UNITS metric/English.

Not the answer you're looking for? Browse other questions tagged crewed-spaceflight design unit-systems or ask your own question.

13
Did NASA use metric units for the Mercury missions?
6
Can the Orion be reused in space?
6
What would be required for Orion to ferry astronauts to the ISS?
27
ISS nuts and bolts; Metric, SAE or both?
42
Why did NASA use U.S customary units?
8
Which unit system was used by german rocket scientists at NASA for calculations?
11
Why was the LRV's speed gauge displaying metric units?
1
What are the units for the orbital period equation?