Does the arrow in this STEREO trajectory animation point heliocentric prograde, or towards the Sun?

This answer links to this NASA page. The first video shows the two STEREO spacecraft use two and three passes by the Moon to leave Earth orbit and enter into an orbit around the sun.

Below is a GIF hand-made from the frames of that .mov file, but you can download the tiny .mov files from the website.

When the two STEREO spacecraft are launched, they are first placed in a highly eccentric orbit around Earth. In this Quicktime movie, the green dot represents Earth, the white dot stands for the Moon, and the letters "A" (red) and "B" (blue) stand for the STEREO "Ahead" and "Behind" spacecraft respectively. The yellow arrow represents the direction of the Sun, which changes as Earth moves along its orbit.

To me it looks like the arrow points in the prograde direction, the direction that the Earth is moving around the Sun, not towards the Sun.

The way the SOHO A and B pair move roughly symmetrically ahead and behind the Earth is by being in orbits similar to that of Earth but slightly closer and farther from the Sun. Thus when seen the GIF in the question which is in a frame that moving along with the Earth (but not rotating) at ~30 km/s it looks like A and B are leave cis-lunar space directly towards and away from the Sun.

But looking in a rotating frame with the Earth at the origin (Python plots below), it's clear that as soon as they move a bit in those directions, orbital mechanics takes over and they start along their "Ahead" and "Behind" orbits.

Answer: The arrow points towards the Sun just like the animation says. The folks at NASA who successfully launched the probes and threaded those precision lunar flyby's could in fact point an arrow in the right direction as well!

The Python plots below of data from JPL's Horizons web service. Units are AU, Sun is up.

The GIF is a string of images from https://stereo-ssc.nascom.nasa.gov/cgi-bin/make_where_gif 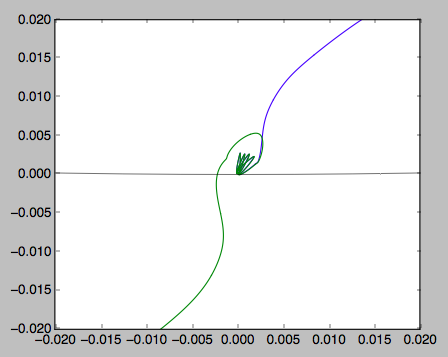 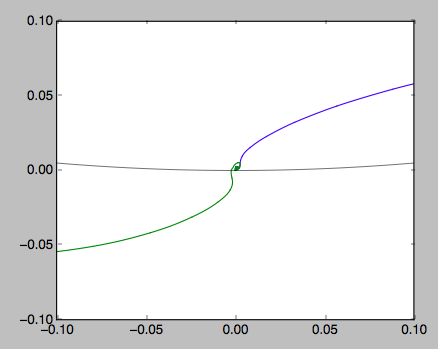 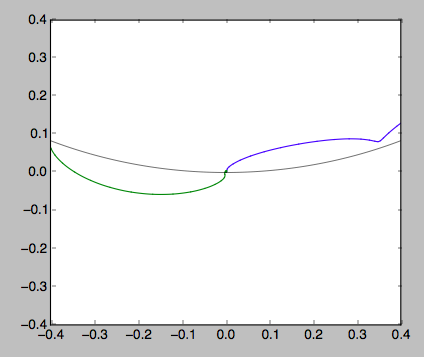 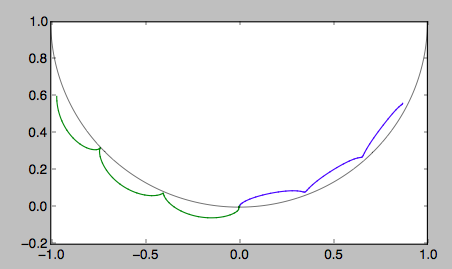 Not the answer you're looking for? Browse other questions tagged orbital-mechanics nasa identify-this-object frames stereo-mission or ask your own question.

12
Could Earth-lunar flybys be repeated consecutively without the use of propellant?
8
Does it even make sense to talk about Mercury's triangular libration points (L4, L5)?
3
Why does the moon’s transit appear so inclined in this STEREO-B video?
2
When reading "the writing on the wall" in the ISS, which way is up?

2
What do the green lines represent in this Lagrange Point animation?
11
A spacecraft leaves Earth exactly with escape velocity V2 - what trajectory it will have in Solar System?
5
RIP Kepler, how shall we call your orbit? Does this cyclic flip-flop process have a name?
1
Which orbit around Earth has the least perturbation?
2
What are these mysterious white star-like dots near MU69 Ultima Thule? Real objects near the asteroid, noise, cosmic rays, or something else?
26
In this iconic lunar orbit rendezvous photo of John Houbolt, why do arrows #5 and #6 point the "wrong" way?
5
How can Earth-Centered Inertial (ECI) coordinates be properly called "inertial" if the Earth's orbit is always accelerating towards the Sun?
3
Why does the moon’s transit appear so inclined in this STEREO-B video?
6
Why does the eccentricity vector always point towards the periapsis of an orbit?