Could the BFR Tanker be used as an artificial gravity counterweight for interplanetary travel?

An alternative storyline to the Mars transport architecture: Tankers refuel starship, last Tanker gets mounted on the Starship for the Mars orbital injection burn, once on a Martian trajectory tanker repositions/tethers engines facing each other and achieving, for the populated areas(35-50m radius) 0.35-0.5g's with 3 rot/min. Could use front fin boosters for rotation/emergency stops during solar events when the Tanker could be positioned as a supplementary radiation shield. So...

How long is the mars orbital injection burn and could that time be adjusted so the forces involved don't add to much structural weight if the ships are attached during burn? 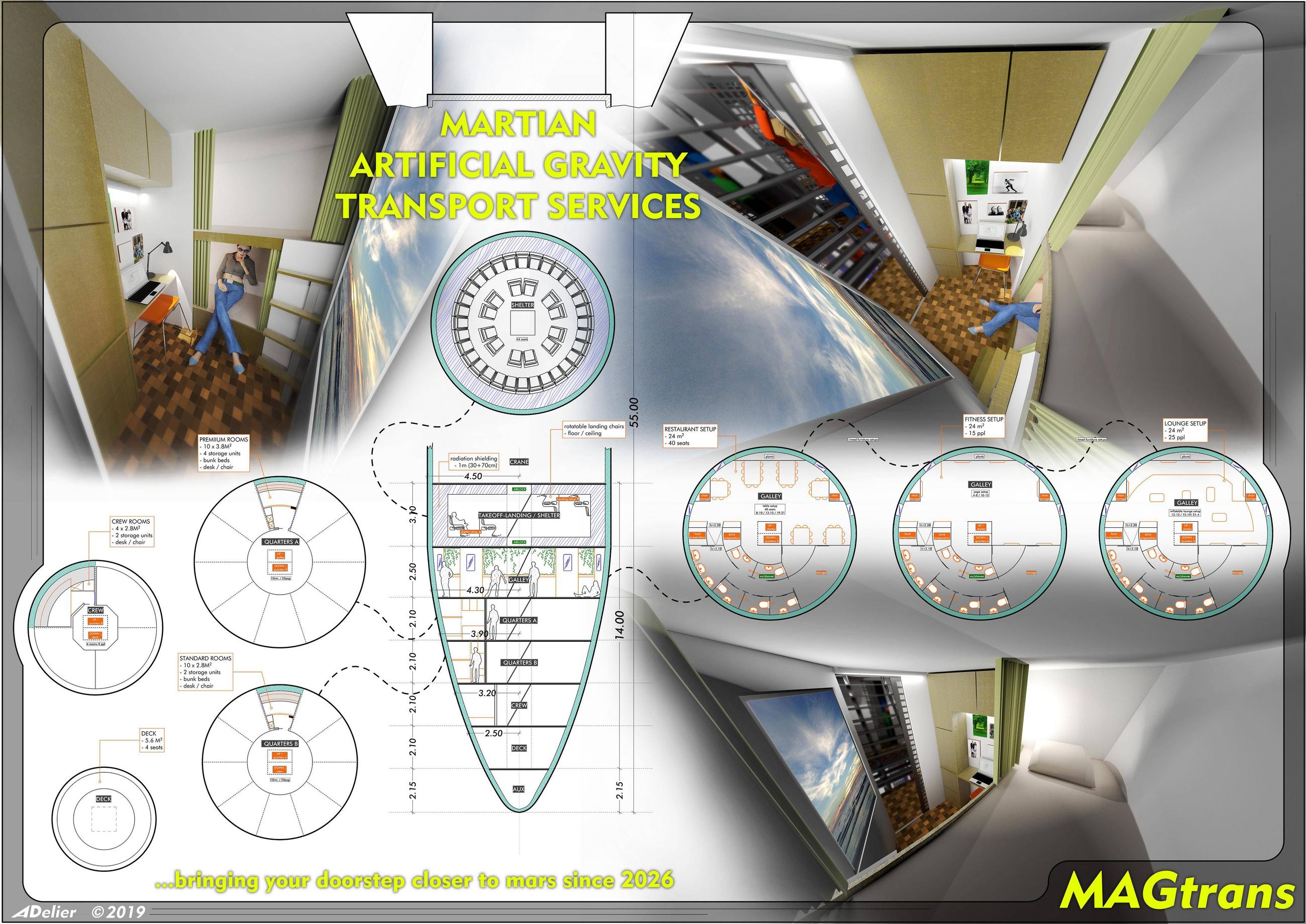 It certainly 'could', there is nothing making it physically impossible, though it would require a robust docking mechanism since the the tension forces hanging 120 tonnes at the target G force would be more substantial than just docking for fuel but not insurmountable, something less than 25mm cross section in steel and it would be connecting the engine assemblies already intended to be load bearing. This assumes both star ship and tanker make their own departure burn and dock once in transit, having one push the other would involve major additional structure in the pusher since they certainly cannot make the departure burn docked engine to engine.

The question becomes more 'should' and gets more complex. Starship is a vehicle optimised for earth ascent and has a bunch of hardware intended for re-use. This counterweight vehicle will not get re-used so possibly would be better as a simpler and lighter object intended to be expended, since that gets more useful consumable mass for the mission. This matters since the departure from LEO to Mars transfer needs substantial delta V, 3000-4000m/s where getting to orbit is about 9000 so this tanker will need refueling itself to make the trip. In addition if the tanker is empty the CoM of the docked object will push the rotation point well into the manned starship. Maybe they open the tanks and setup hammocks near the nose of the ex tanker?

The final decision on how/if Starship flies to Mars will probably have more to do with the engineering details and resources available. If it is possible to fuel two vehicles for mass departure it would probably be better to make both fully capable, and get redundancy. If each manned starship needs a deep space tanker to refuel from, then that tanker will probably be a dedicated craft for the purpose, and value add as much as possible to the mission beyond just being a possible counter weight.

Check out my design here:

It couldn't be done with a Tanker, but it's a similar idea in that a second vessel is used.

Not the answer you're looking for? Browse other questions tagged spacex mars interplanetary artificial-gravity spacex-starship or ask your own question.

7
How will SpaceX's Starship accommodate its 100 passengers from the effects of micro-gravity?