Disclaimer: I have no formal education in science. Also, I'm a dummy!

Locomotives usually feature a shield that deflects objects on a train's track.

My understanding is that since satellites gradually succumb to gravity their path is constantly changing to a lower and lower altitude relative to earth. This suggest to me that the first contact with debris that a satellite (for example, the ISS) would be likely have would be on that bottom edge.

It seems to me then, that by having an inverted cow catcher on the bottom of the station it might be possible to deflect debris toward the earth where it can be burned up on entry into the atmosphere.

The intelligent part might be that it would include a detector that would scan ahead for incoming debris and, taking into account other vulnerable satellites in the area it would adjust the angle of the cow catcher to deflect earthward.

The catcher could be coupled in a way that would allow it to absorb impact gradually by continuous springs.

The effect then would be that the satellites, particularly the ISS, of course, would pre-sweep what will be their subsequent path due to gravitation so when they descend they know that they are not in for any surprises.

The cow catcher would catch any cows who happen to be in the area, jumping over the moon. :) 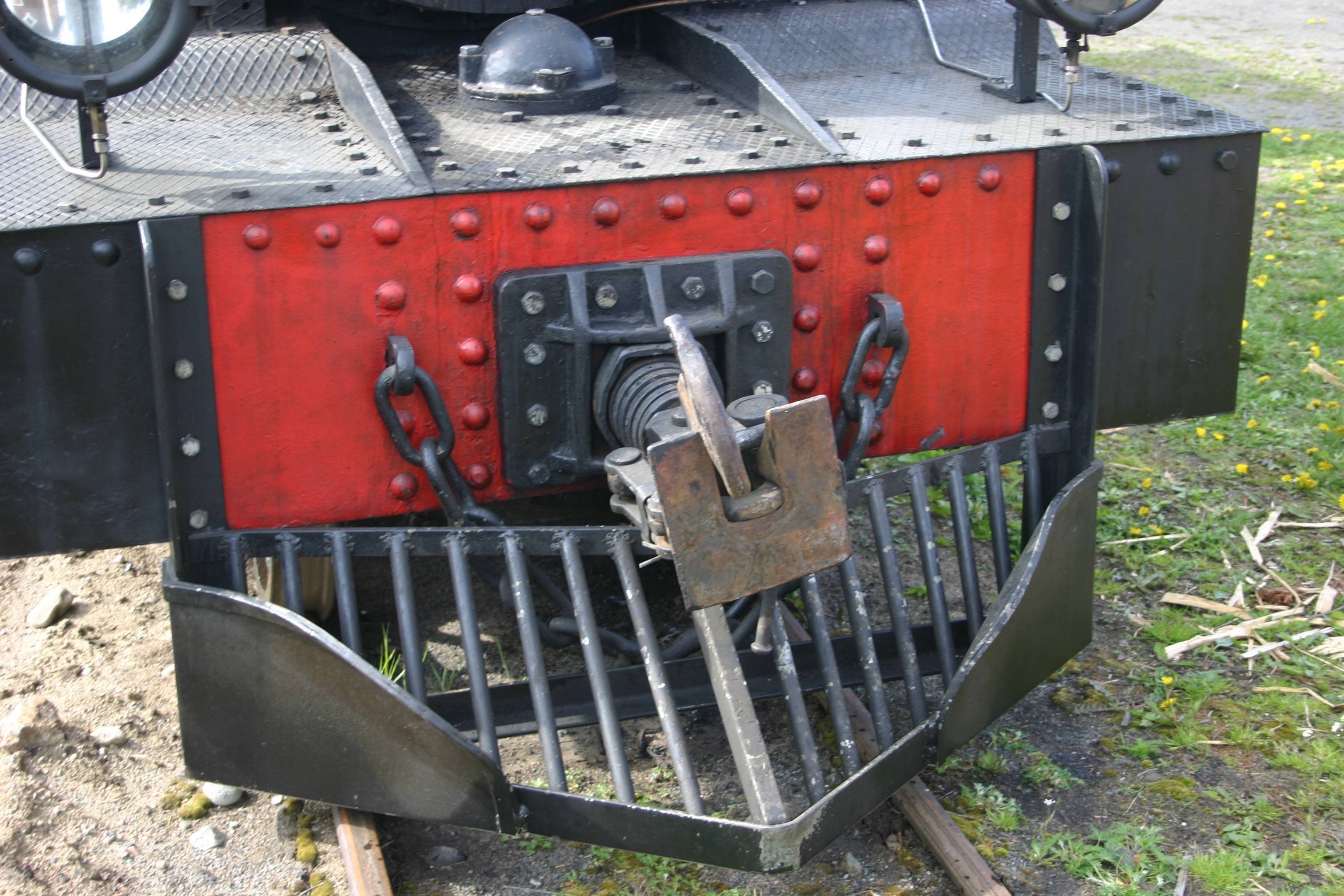 ...adjust the angle of the cow catcher to deflect earthward

The catcher could be coupled in a way that would allow it to absorb impact gradually by continuous springs.

The problem with this is that it's not possible to deflect debris. Things in orbit are moving around at 10 km/s (20,000 mph!) and when they collide, the impact is so energetic they basically vaporise. This is known as hypervelocity. Any debris striking a cow-catcher will just punch a hole through.

Currently the way spacecraft are protected from debris is through the use of Whipple shields. The principle of operation is there is a relatively thin aluminium sheet on the outside of the spacecraft, separated from the main wall by a gap. When a piece of debris strikes the outer shield, it and a portion of the thin sheet vaporise and keep going towards the main wall. However, in this process, they spread out, so the pressure of the impact on the main wall is reduced and (hopefully) they don't penetrate the main wall.

...their path is constantly changing to a lower altitude. This suggest to me that the first contact with debris would be likely have would be on that bottom edge.

Satellites' orbits do decay to tenuous atmospheric drag; however, the rate of change in altitude is insignificant compared to the orbital velocity (10 km/s) so on average debris will just strike the front and sides of the spacecraft. (When debris collides with a spacecraft, remember that it's 2 orbital trajectories crossing)

binaryfunt explained the problem with speeds and energies, but I'll comment on one your assumptions:

My understanding is that since satellites gradually succumb to gravity their path is constantly changing to a lower and lower altitude relative to earth. This suggest to me that the first contact with debris that a satellite (for example, the ISS) would be likely have would be on that bottom edge.

Anything in an orbit has already "succumbed to gravity". If a space station was held still relative to earth and then released, it would indeed start falling towards the ground, but that's not how things start orbiting. When something is in orbit, the gravitational pull is exactly the same as when they would be falling down, but the difference is that they had some initial velocity which results them falling past Earth. That is precisely how, for example, the Moon stays in the sky: it's always pulled toward Earth in the same fashion, but when the system of celestial bodies formed, it already had some speed.

Classically, something in orbit stays in orbit forever unless something drastically lowers its kinetic energy. Gravity all by itself doesn't pull things closer by time. A collision might do this, but that would probably be destructive already, the athmospheric drag is more significant as mentioned, but still a small factor.

That being said, there is a way for orbiters to gradually fall closer and closer to the source of gravitation – in the same way accelerating charges send out electromagnetic radiation, so do masses in orbit also send out gravitational waves and lose part of their energy. But gravitation is a very, very weak interaction compared to electromagnetism and the energy lost to this process is miniscule in human timescales and will not the cause for any satellite to crash. :)

Not the answer you're looking for? Browse other questions tagged debris shielding or ask your own question.

18
Can I get higher with Space Junk?
2
Do the velocities of orbital debris have a bias in the direction of Earth's rotation?

1
Chances of man-made satellite colliding with space debris
9
How much of the space debris around Earth is man-made?
1
What happens to man-made objects in space after their service life ends?
2
Could man-made, magnetic shields protect us from from sun's energetic particles from coronal mass ejections?
6
When was an operational satellite accidentally damaged by another man-made object in space?