What is the numbering system used for the DSN dishes?

The title "What is the numbering system used for the DSN dishes?" pretty much sums it up.

DSN dishes are referenced by seemingly arbitrary numbers: 14, 55, 36, etc... Do these numbers carry any specific significance? How were they assigned? 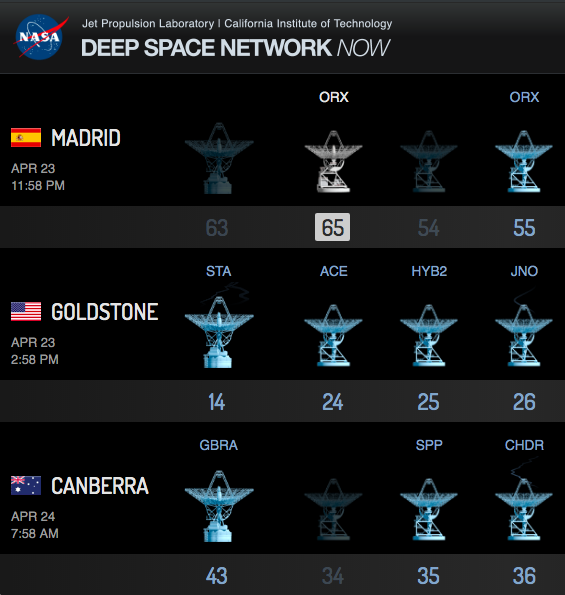 I found a sort of explanation in "Uplink-Downlink" the NASA history of the DSN.

The second digit gives the antenna number within that geographical area. Sometimes the second digit is consistent for an antenna type (23, 33, 53 are OVLBI) but not always. 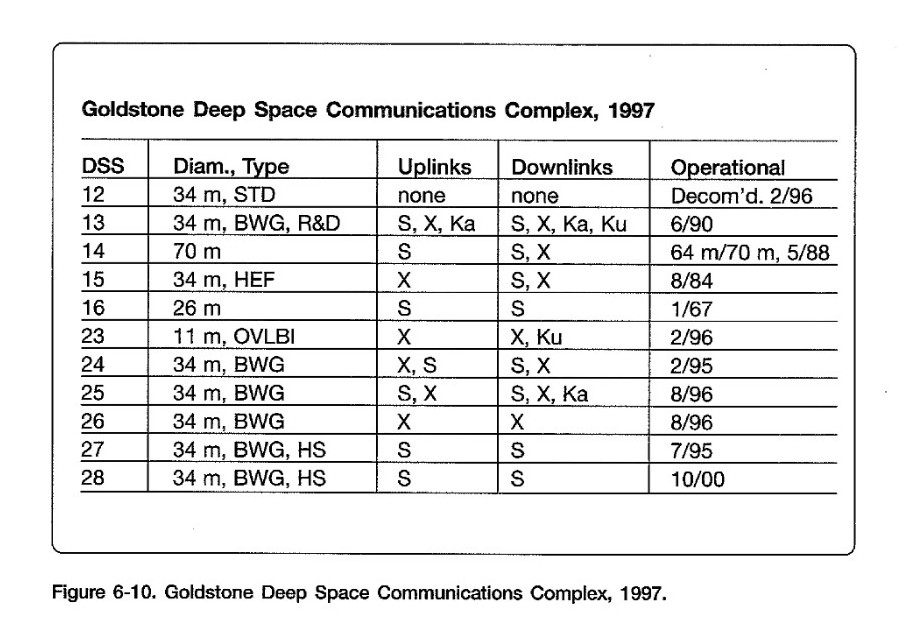 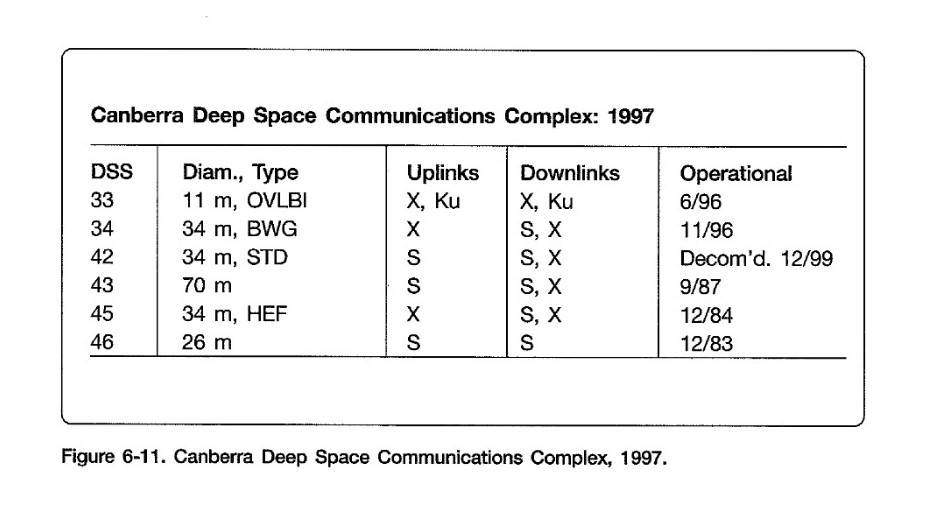 Looking at the history of DSN on Wikipedia, it appears that the tens-place digit originally was allocated to identify the region or site, and within a region/site the dishes were numbered sequentially as they came online, but some have been retired while others continued in operation, so the numbering is today a little irregular.

Over the years the DSN sites were consolidated down to three: Canberra, Madrid, and Goldstone.

When Canberra ran out of numbers in the 40s, apparently they were allocated the 30s as well; likewise Goldstone got the 20s, and Madrid got the rest of the 50s. I think within each decade the antennas are generally numbered more or less sequentially in construction order.

Not the answer you're looking for? Browse other questions tagged nasa deep-space-network jpl or ask your own question.

8
Where were the complexes of the Soviet counterpart to the NASA DSN located?
8
What do the different "Testing" codes mean on NASA's Deep Space Network website?
5
Why does DSN sometimes uses two dishes at the same time to receive Voyager-1?
17
What makes time on the DSN so expensive?
8
What was happening with the DSN/ Cassini?
2
Power and frequency units used in Deep Space Network XML data?
1
What kind of ground-based radio astronomy is NASA's DSN used for? Who are the PIs?
1
If a MarCO-type CubeSat were in orbit around Bennu, what kind of power would it need to communicate with the Deep Space Network?
9
How does one test Ground Segment communications with, and "downlink" data from a spacecraft that's still on the ground?