If the ESA has its own deep space network, why does it use NASA's?

The European Space Agency has its own network for communicating for spacecraft in deep space, ESTRACK. It has stations distributed around the globe: 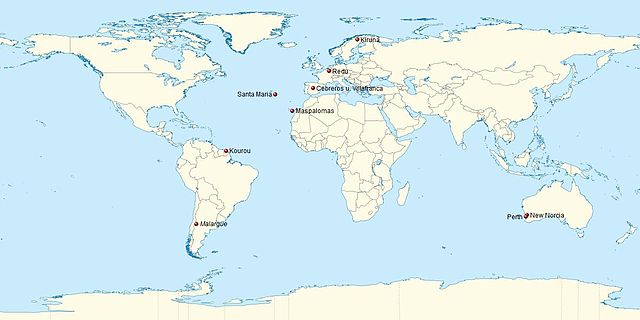 If the ESA has its own network, why does it use NASA's?

The DSN is used alongside ESTRACK. For Rosetta, for example:

NASA’s DSN network has provided continuing, routine support to the Rosetta mission since the start of the mission (see “Tracking the spacecraft following a comet”).

Numerous DSN stations – including the three, giant 70m antennas located at Madrid, Spain, Canberra, Australia, and Goldstone, California, have provided robust support throughout the mission, providing indispensable communication support when ESA’s smaller stations alone would have been challenged to establish links due to the distances involved.

DSN stations have also provided prime or back-up links during critical mission phases, when commands absolutely had to be transmitted without delay or interruption or in case of any failure at a prime station.

DSN support was especially critical in 2014 when Rosetta woke up from 31 months of hibernation in January, during arrival in August that year and during Philae’s historic landing the following November.

For the end of mission, DSN support will again be crucial.

In the final week leading up to 30 September, one of NASA’s 34m stations (DSS 25) and the three 70m stations (DSS 14 at Goldstone, DSS 43 at Canberra and DSS 63 at Madrid) are providing prime or back-up links to the spacecraft.

The last command instructions will be sent up from the flight control team early in the morning of 30 September via DSS 43 at Canberra or DSS 63 in Madrid.

ESTRACK only has 3 antennas suitable for deep-space missions:

For missions like Rosetta, Mars Express, Venus Express and Gaia, we routinely use Estrack’s three 35-m deep-space stations (referred to as DSA – for deep space antenna), one each in Australia, Spain and Argentina. These fulfil most of our tracking requirements.

In addition, Rosetta is using a mix of NASA ground tracking stations (including a 70m terminal from the Deep Space Network DSN) to ensure availability and redundancy;

Most of ESTRACK's dishes have diameters of up to 15 m, and only 3 35-m antennas are available. The DSN has more large antennas.

Not the answer you're looking for? Browse other questions tagged deep-space-network esa exomars trace-gas-orbiter or ask your own question.

12
Is NASA's Deep Space Network possibly a backup link for China's Zhurong rover?
5
From whence (what ground stations) do the world's major space agencies receive signals from their missions?

1
Magnetic Memory to Mars?
1
Could Schiaparelli's retroreflector array (still) be used?
2
Does a deep space network benefit by having a diversity of latitudes?
35
Is it possible that Curiosity Rover measured its own methane or failed doing the spectrometry?
6
Why is the Heat Shield of ESA's Solar Orbiter Black in colour?
0
Will CHEOPS use DSN or ESA ground stations, or both?
3
What is a Beam Waveguide dish and why do deep space communications stations use them?
7
Will there be a command moratorium for Mars spacecraft again in 2021?
12
Is NASA's Deep Space Network possibly a backup link for China's Zhurong rover?