Why did NASA need to attach smartphones to the SPHERES robots in order to link them to the ground?

This May 2016 NASA Johnson video Space Station Live: Getting the Buzz on Astrobee is described as:

NASA Commentator Lori Meggs at the Marshall Space Flight Center talks to NASA Ames Research Center’s Chris Provencher about SPHERES – a space station robotics experiment platform used for multiple purposes. May 18 marks a milestone for the project with 10 years of operations. These bowling ball sized experimental satellites have been used for everything from autonomous rendezvous and docking, to sloshing liquids, and even educational robotics competitions. And now adding to that legacy is the next generation free-flyer called Astrobee scheduled to fly in 2017.

For the last few years we’ve been doing tests with Spheres, which is another free-floating object on Space Station, we connected smart phones to it so that we could establish a link to the ground, and we tested a remote control from the ground...

Question: Did NASA really use cellphones or smartphones to establish ground control links to the SPHERES robots on the ISS? If so, why? There are plenty of small WiFi and Bluetooth self-contained SOCs that could to the job and draw minimal power. Why attach an entire cellphone with it's own operating system, screen, touch interface, mass, and hungry power needs, just to link to some local network inside the ISS? Didn't the SPHERES come with built-in wireless systems for local communications for uploading software and downloading data? 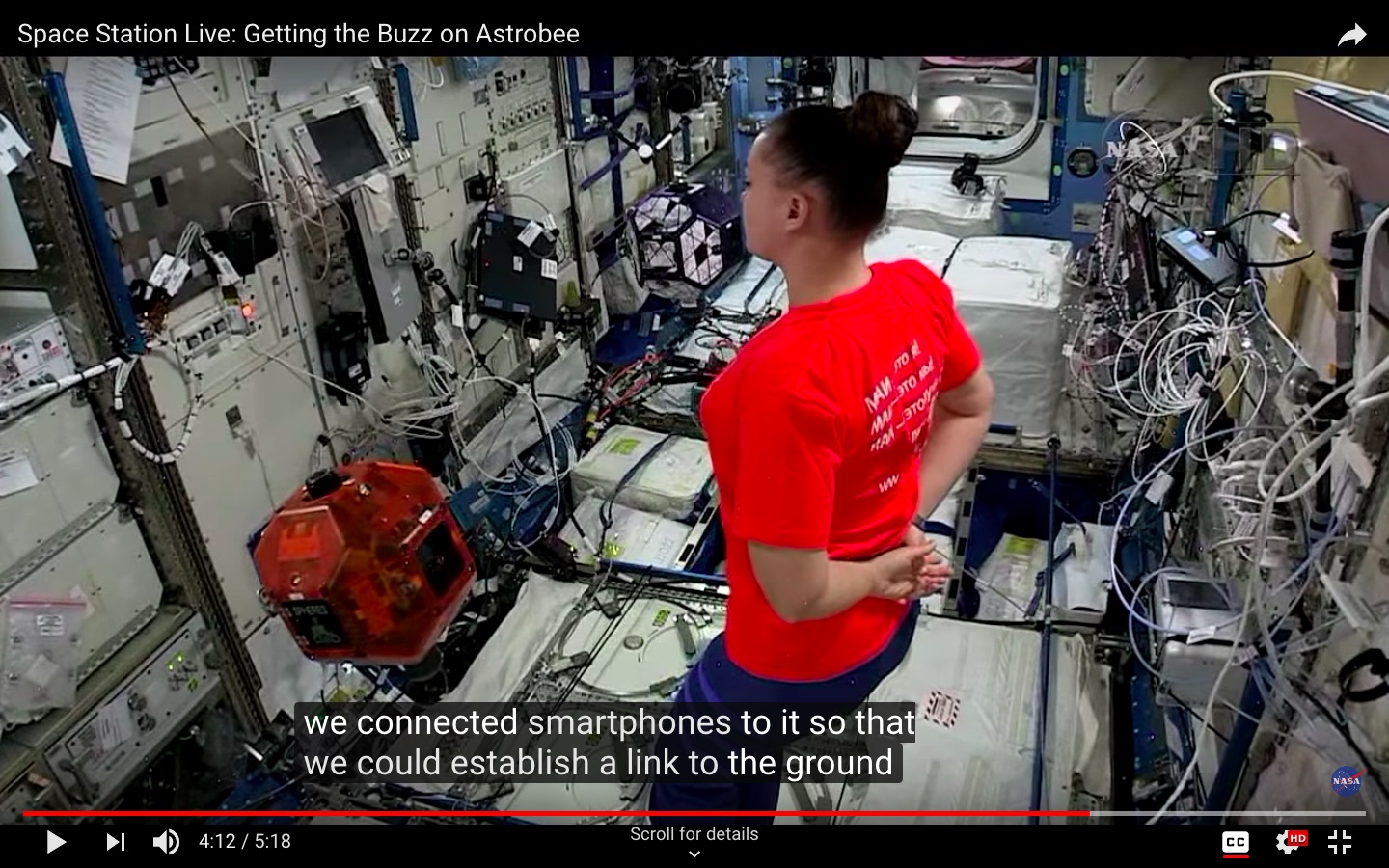 This presumably shows local laptop data communication or at least telemetry with the SPHERES, did this also require the attached smartphones, or is this using a wireless capability already built-in to the SPHERES? 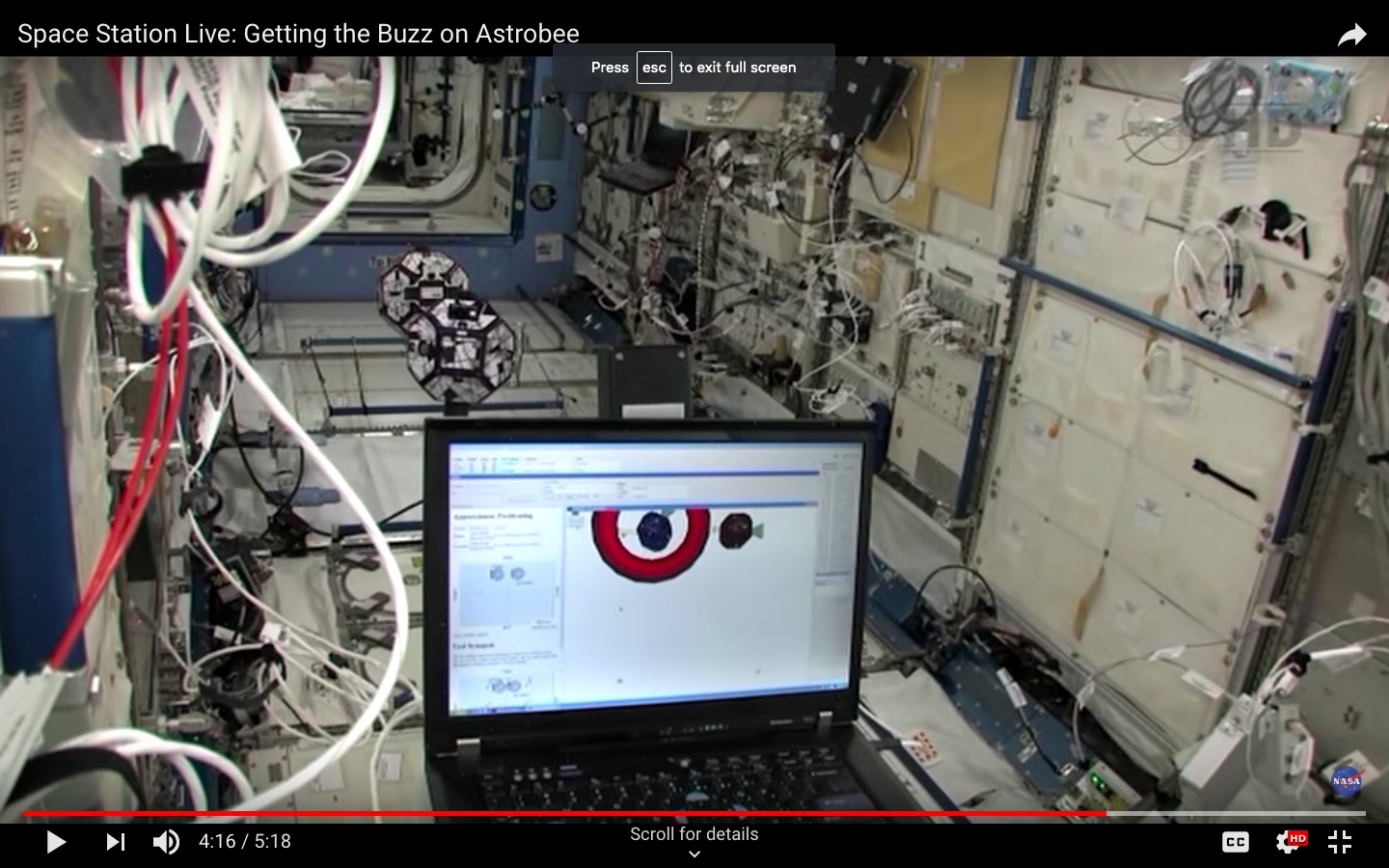 According to the SPHERES Wikipedia page,

SmartSPHERES experiment equipped the three SPHERES satellite aboard the International Space Station with Nexus S smartphones that were delivered via the Space Shuttle mission STS-135. Each satellite was enhanced through the use of processing power, wireless networking, camera, sensors and the touch sensitive display of the connected smartphone. The availability of the Android operating system's source code enabled the devices to be used as a compact, low-cost, low-power computers.

The three SPHERES were delivered by Progress M-56, STS-121, and STS-116. The original computer was only a 167 MHz DSP chip. It appears the three SPHERES already communicated with and were controlled by a laptop, even before they were upgraded with the smartphones on STS-135.

This work is being done by students (albeit some of them may be graduate students):

The initial development of SPHERES started in 1999, by a team of students at Massachusetts Institute of Technology, as part of an aerospace engineering program.

After the initial development, the SPHERES program was taken over by MIT's Space Systems Laboratory.

They have a limited budget, and are going use technology that they can easily get and that they are familiar with. Probably most (if not all) of the students already have cell phones, and many of them may have already written Android apps. It's a ready-to-go hardware solution that lets them spend more time on the software.

Not the answer you're looking for? Browse other questions tagged communication robotic-missions robotics aerobot autonomy or ask your own question.

10
Did Curiosity rover communicate to the ground station during its descent phase?
10
Who is the space artist? Patterns on the Spheres robots on the ISS
4
How exactly do the AstroBees implement propulsion and attitude control?
13
What happens differently when ISS is inside this red boundary (Russia & Europe & ...)?
1
Why were two simultaneous command transmissions interpreted by Kosmos 57 as an order to begin the descent?
1
Will future deep space optical communications "ground stations" actually be in space, or on the ground?
2
How exactly did ground stations track the early Molniya satellites?
13
Is it possible for LEO satellites to detect a usable signal from regular mobile phones on the ground?