The (currently unanswered) question How does JAXA's â€śInt-Ballâ€ť manage airflow to optimally navigate inside the ISS? shows a complicated set of twelve ducted airflows for that JAXA aerobotic system aboard the ISS.

The number twelve sounds familliar; that's also what is used by the JAXA aerobot discussed in the (currently unanswered) question How does JAXA's â€śInt-Ballâ€ť manage airflow to optimally navigate inside the ISS?. 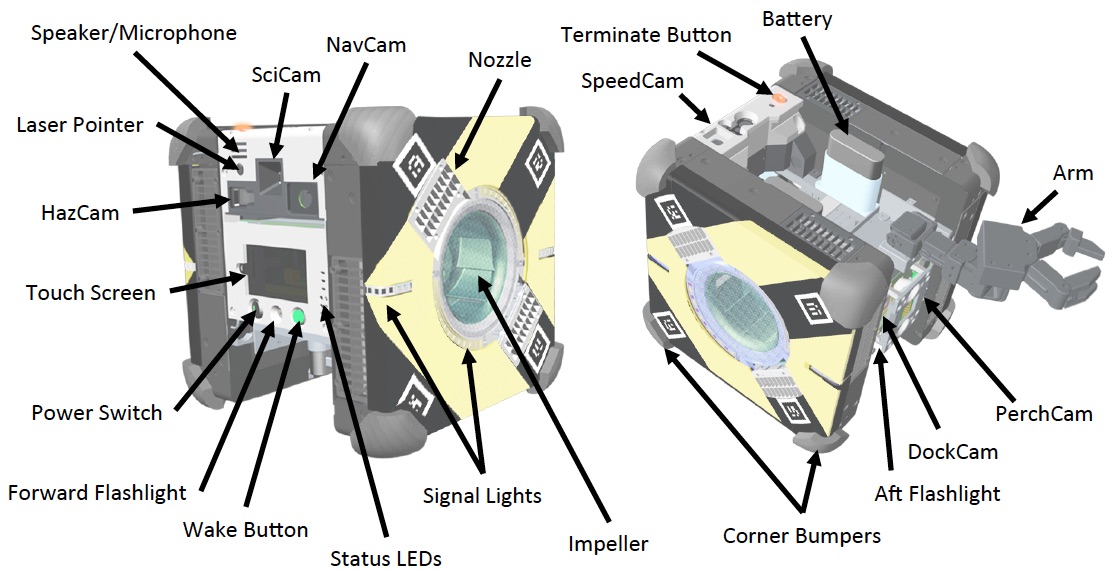 Astrobeeâ€™s components include multiple cameras, a touch screen, laser pointer, and lights. The propulsion system consists of a pair of impellers that pressurize air inside of the robot, which can then be vented through a series of 12 different nozzles spaced around the robotâ€™s body. Thereâ€™s also a â€śTerminate Button,â€ť which, if pushed, would instruct Astrobee to seek out and destroy all life aboard the ISS; at least thatâ€™s what we assume it would do, but we could be wrong. Image: NASA

Astrobeeâ€™s propulsion system consists of a propulsion module on each of two sides of the free flyer (Figure3). Each module includes a centrifugal fan that pressurizes the module, and nozzles on the x, y, and z axes to allow for six-degree-of-freedom holonomic control. Astrobee will operate in a quiet environment and remain below the ISS noise limits. 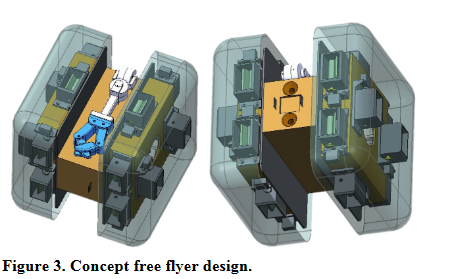 11
How does JAXA's "Int-Ball" manage airflow to optimally navigate inside the ISS?
0
What is the difference between "body drag", "frictional drag" and "pressure drag" for astronaut or aerobot atmospheric locomotion in microgravity?

9
How effective would the ARES aircraft be?
2
Efficiency of communications between spacecraft and control center
2
Range safety - is the goal both autonomy and standardization - and would it include the "black box" in the rocket?
6
How well could the ISS attitude control system detect periods of astronaut activity?
2
How many robots have been at, in, or on the ISS?
11
How does JAXA's "Int-Ball" manage airflow to optimally navigate inside the ISS?
2
How does this ISS vision-testing instrument work? What exactly is being measured, and how?
4
What are "uncoupled attitude maneuvers" and why do them?
0
What is the difference between "body drag", "frictional drag" and "pressure drag" for astronaut or aerobot atmospheric locomotion in microgravity?
17
What is a "fee area" exactly and why is it named that way?