Which module had more 'comfort' in terms of living space, the Lunar Module or the Command module?

Where were the astronauts more comfortable spending the day, sleeping, donning space suits, etc: the LM or the Command Module? Considering, of course, that the Command Module would carry three crew members while the LM would carry only two of them. Which of these living spaces was more comfortable for a crew member? Was the Lunar Module accessible during the Earth to Moon travel? Or was the hatch between the two modules kept closed?

The command module was more spacious and comfortable. Below and behind the crew couches was a space called the "lower equipment bay", which was where, among other things, the personal hygiene equipment was; it afforded a small amount of privacy for bathroom duties.

Crew could either sleep in their crew couch or in a sleeping bag attached underneath the couch in the lower equipment bay.

Here's a cutaway of the CM: 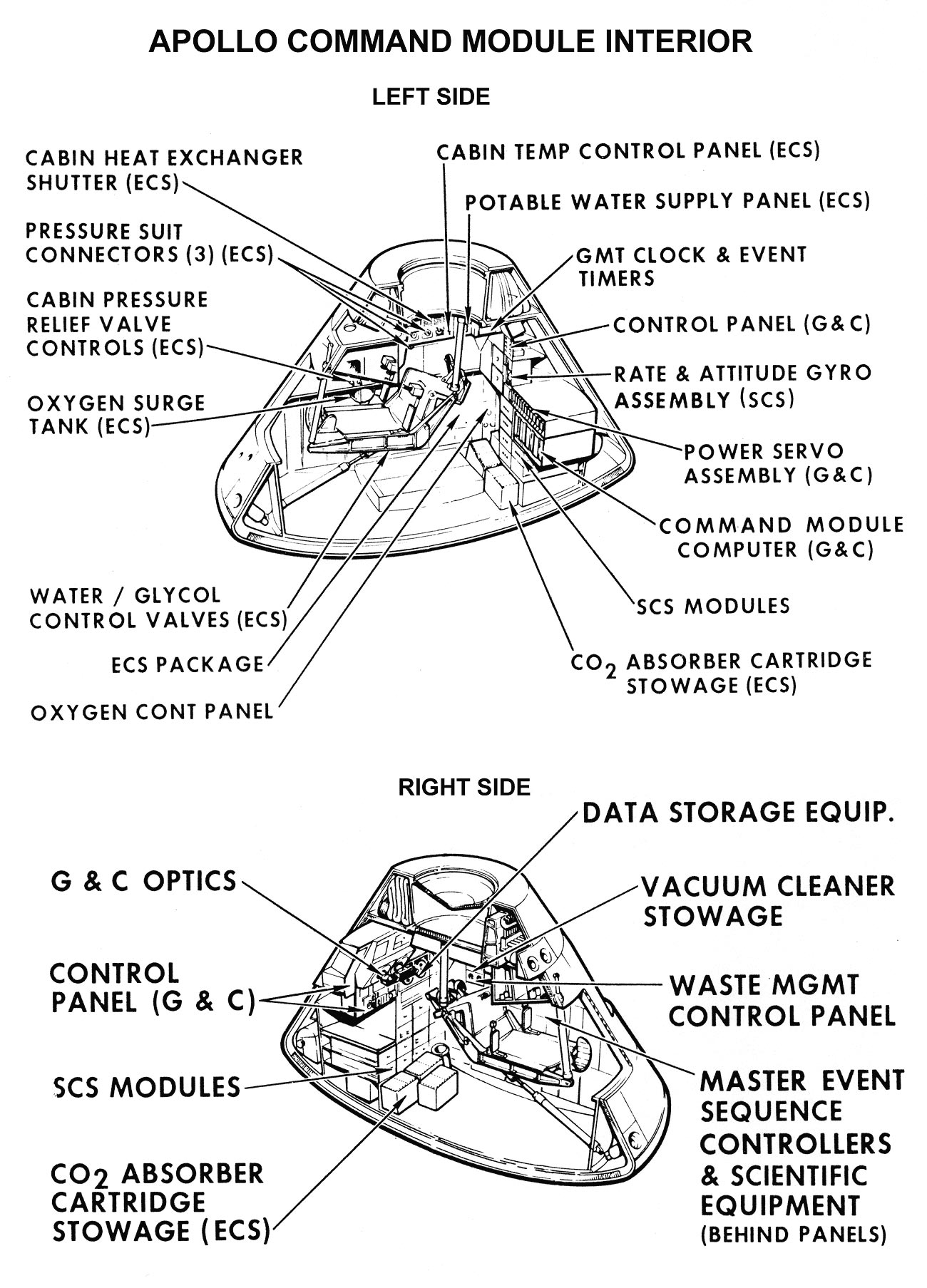 In contrast, the cabin of the LM was quite cramped. The two crew members could stand side by side, and there was some additional space behind them above the ascent engine cover. Sleeping was very awkward; on Apollo 11, Aldrin slept on the floor and Armstrong on the ascent engine cover for an uncomfortable 4-hour rest period; the later crews had hammocks mounted so: 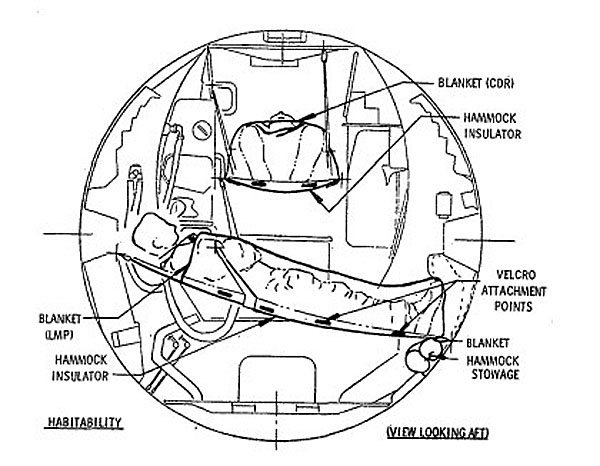 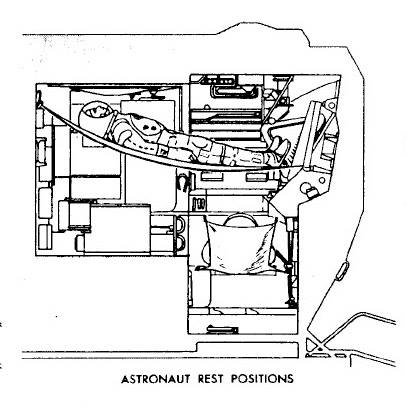 According to Wikipedia, the habitable space per crew member was pretty similar, even a little in favor of the LM (6.2 m³ living space in the CM versus 4.5 m³ in the LM), but there seems to have been a significant psychological effect to being able to get out of sight of one's crewmates briefly in the lower bay.

Was the Lunar Module accessible during the Earth to Moon traveling ? Or the hatch between the two modules was kept closed ?

Normally, the hatch between the CM and LM was kept closed. The LM was powered down during the translunar leg of the mission, so it was uncomfortably cold; keeping the hatch shut also slightly reduced the risk of a micrometeroid strike depressurizing the spacecraft. The LM was normally opened briefly during translunar flight for a checkout/inspection, but the hatch was re-closed afterward.

After the explosion on Apollo 13 forced the crew to move to the LM, the hatch between the CM and LM was left open. The crew needed regular access to the storage lockers, hygiene facilities, and other conveniences of the CM, and they used it as a sleeping area, since the LM was really not suited for three crew members. Getting to sleep in the extremely cold CM required remaining very still in order to maintain a thin envelope of air warmed by body heat; with the CM's air circulation fans powered off, and no gravity to cause convection flow, the warm air would stay in place.

Our earthly concept of “living space” does not apply inside of a spacecraft traveling at orbital (inertial) velocity. An orbit is actually a free-fall all the way around the world. You feel “weightless” and “float” inside your space capsule because you and the capsule are falling along an arc that never intersects with the Earth’s surface as long as nothing slows your capsule down and causes that arc to intercept our planet. A retro rocket firing or drag from Earth’s tenuous atmosphere at extremely high altitude are two things that could slow your capsule down so that gravity would pull that orbital arc down low enough to intersect with Earth’s surface.

As long as you maintain orbital speed, you will feel weightless. When you are weightless, you do not feel the fatigue caused by your seat and back being pressed down by gravity against a car, bus, boat, or aircraft seat during a ling trip. The second advantage of weightlessness is that you have unfettered access to every cubic foot (or meter) of the internal space inside of your capsule. That unfettered access effectively means that your living space has been multiplied dramatically. Imagine suddenly being able to walk on and use your home’s walls and ceilings the same way you utilize your floors.

The Apollo Command Module offered the most spacious crew compartment of all until the first Soviet and US space stations were launched, so Apollo was the winner of the living space award back during the Space Race.

Not the answer you're looking for? Browse other questions tagged apollo-program lunar-module command-module or ask your own question.

1
Is there a term for the activity of weightless astronauts hanging out on walls or ceilings?

20
Could a single crew member fly the Apollo LM?
10
What was mylar used for on the Apollo Command Module space craft? Why is it gold after returning from space?
12
What did Apollo need the crewed Command Module for?
13
Why did Apollo have a crew of 3?
26
How did sloshing prevent the Apollo Service Module from moving safely away from the Command Module and how was this fixed?
3
What biomedical data indicated Apollo astronauts were sleeping?
7
Were more lunar module LiOH cartridges just a spacewalk away?
4
Where did the floatation collar and sea anchor attach to the command module?
4
Comparison of space shuttle, command module, and lunar module window sizes
4
Was the Lunar Topographic Camera ever used?