How did the Venus Express detect lightning?

I found it very interesting (especially the sound recording) of the Venus Express detecting lightning on the planet Venus.

I found it strange watching the ' national geographic ' video about the discovery of lightning on Venus as the microwave dish of the spacecraft was pointed at Venus when it was ' detecting ' the lightning. This baffled me as I never knew that lightning would cause interferences at such a high frequency (I'm used to interferences being caused at VLFs - Very Low Frequencies). Did they use the spacecraft's transceiver to detect these interferences or was it a specialised piece of equipment which was intended for this job? - or was I mistaken for what was pointed at the planet? 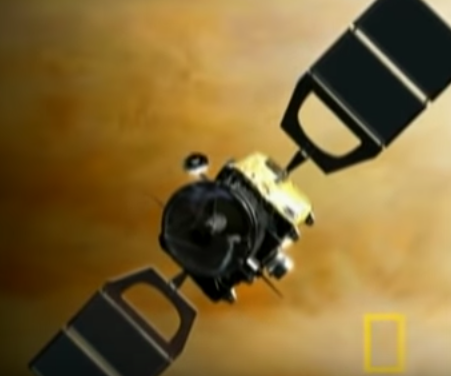 I did try a few Google searches however I wasn't able to find much about the topic, only a few news stories about the discovery - I possibly had been searching the wrong thing...

I'm very interested if anyone knows anything more about this topic as I would love to possibly try the concept out myself one day.

Many thanks in advance.

They used the magnetometer:

The confirming measurements of the electrical discharges were made with data obtained by the Venus Express magnetometer instrument provided by the Space Research Institute in Graz, Austria. The measurements were taken once a day for two minutes, during a period when the spacecraft was closest to Venus.

Paywalled article about the discovery should have more details.

On Venus Express, the magnetometer bandwidth is sufficient to record the lightning signals propagating in the whistler mode and will be used to map the occurrence of lightning across the nightside of the planet.

A whistler is a very low frequency or VLF electromagnetic (radio) wave generated by lightning.1 Frequencies of terrestrial whistlers are 1 kHz to 30 kHz, with a maximum amplitude usually at 3 kHz to 5 kHz. Although they are electromagnetic waves, they occur at audio frequencies, and can be converted to audio using a suitable receiver. They are produced by lightning strikes (mostly intracloud and return-path) where the impulse travels along the Earth's magnetic field lines from one hemisphere to the other.

They can be detected by a magnetometer because electromagnetic waves are, well, magnetic.

Presentation, 'The Strength of Venus Lightning':

The electric signal strength seen in Venus’ atmosphere, when Pioneer Venus Orbiter dipped below the ionosphere, was used to predict that the electromagnetic signal could be seen by Venus Express' fluxgate magnetometer. So it was sampled rapidly enough to cover the frequency band of the PVO waves.

Venus Express was the first mission to record the waveform of the signals.

Paper that describes the instrument

Not the answer you're looking for? Browse other questions tagged spacecraft venus lightning or ask your own question.

8
Do rocket exhaust plumes really provide a pathway for lightning?
8
Why aren't there many audio soundscapes recorded within the spacecraft?
6
What is 'triggered lightning'?
3
Earth-based lightning on the Space Station channel
23
When did planetary scientists realize Venus' surface pressure was almost 100x that on Earth? How did they find out?
4
How was the radius of Venus measured so accurately (± 3 km) via radar in the mid 1960's, before Venera 4 and Mariner 5?
6
Why are lightning towers at launch pads topped with big hollow tubes with spiral windings and not “lightning rod-shaped” lightning rods?