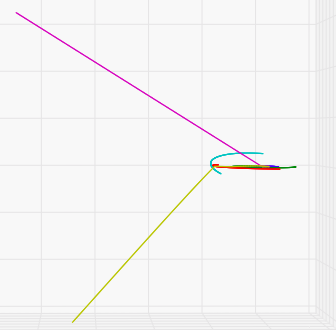 25
How well can Voyager 1 separate Earth signals from Solar noise these days?
25
Why didn't Pioneer 11 visit Uranus/Neptune, and why didn't Voyager 1 visit Pluto?
11
Where is Voyager 1 now (2021)?
4
Understanding the information contained in the Deep Space Network XML data?
2
Are the Voyager probes radio output power scalable?
1
Does a deep space network benefit by having a diversity of latitudes?

25
How well can Voyager 1 separate Earth signals from Solar noise these days?
5
Why does DSN sometimes uses two dishes at the same time to receive Voyager-1?
4
Have deep-space spacecraft always used some form of spread-spectrum for data downlink?
5
Why is Queqiao's dish antenna so big? (Chang'e-4 relay satellite) Largest ever on/near the Moon?
20
Why not send Voyager 3 and 4 following up the paths taken by Voyager 1 and 2 to re-transmit signals of later as they fly away from Earth?
8
How would the Voyagers finally die if allowed to transmit to the bitter end?
22
Why was Canberra able to listen to Voyager 2 but not talk to it?
2
Did the Voyager spacecraft use a Golay, a Reed-Solomon and/or a Hamming code for data transmission encoding for error correction? (Need clarification)
12
What image compression algorithm did the Voyagers use?