The Mars Phoenix Lander's End of Mission is an interesting story. It was left in a state such that had it survived the Mars winter of 2008, it could potentially be contacted again in 2010.

The Phoenix landing site was above Mars' arctic circle, and it is believed that the weight of CO2 ice buildup on its solar panels was so great that they were destroyed, which is consistent with failure to respond in 2010.

The Wikipedia article links to the LATimes' 2010 article Phoenix Mars Lander won't rise again as well as to an Archived copy of an Aviation Weekly article Hello Spacecraft? Are You Listening? which shows the a copy of the image below.

The image itself is taken from the 2010 BBC News article Nasa's Phoenix Mars lander 'broken by ice'.

Question: Are there any more recent images of the Mars Phoenix Lander showing what happened to its structure after even more cycles of winter ice build-up? 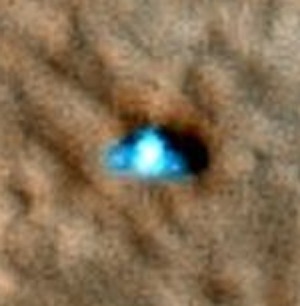 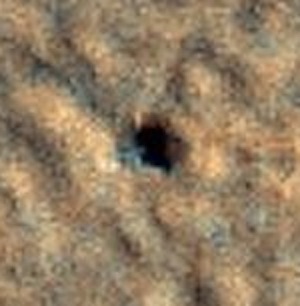 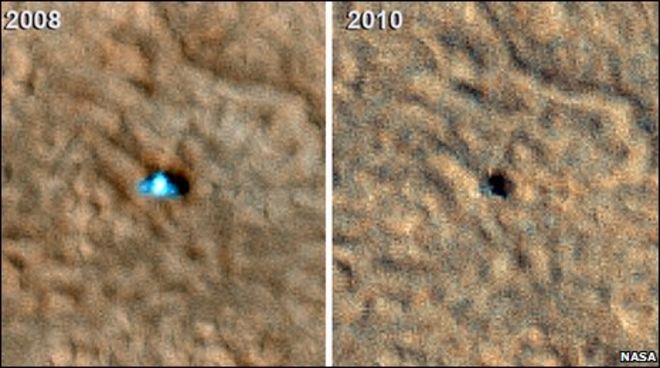 A much diminished outline is apparent in the latest images. Credit NASA 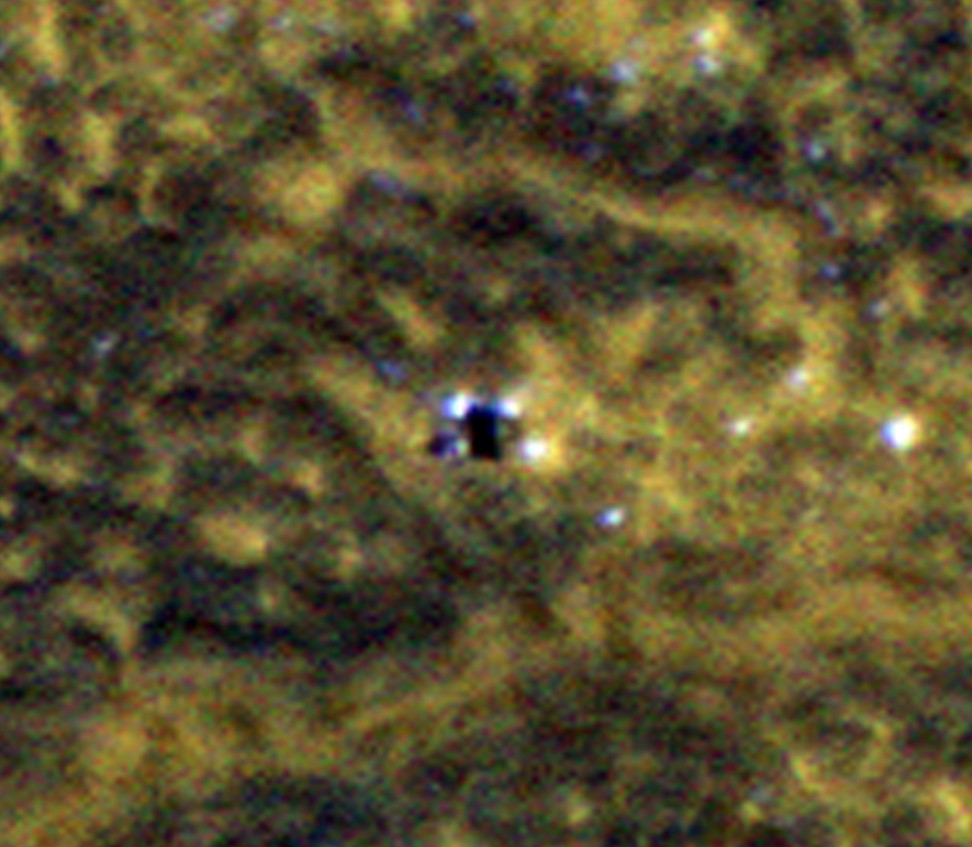 The image above is an enlarged part of a HiRiSE image captured in Januari 2012, and the only other one that I could find.

Not the answer you're looking for? Browse other questions tagged mars lander mars-reconnaissance-orbiter phoenix or ask your own question.

19
Curiosity is still dirty! How will the ExoMARS Rover keep its solar panels dust-free and collecting sufficient power?
8
Any news about the Mars-3 landing site since early 2013?
3
Has the HP$^3$ on the Insight lander actually a probe to detect water and ice in the subsurface of Mars?
6
Are there still more images of caves on the surface of Mars that could be easily made accessible for humans?
5
What kind of rocket will ESA(?) launch from Mars? Who will build it?