Are the Voyager spacecrafts' X-band TWTAs currently set to high or low transmit power? How often were they changed?

In this answer I discuss that the Voyager spacecraft can be commanded to use either high or low power to transmit to Earth on X-band. 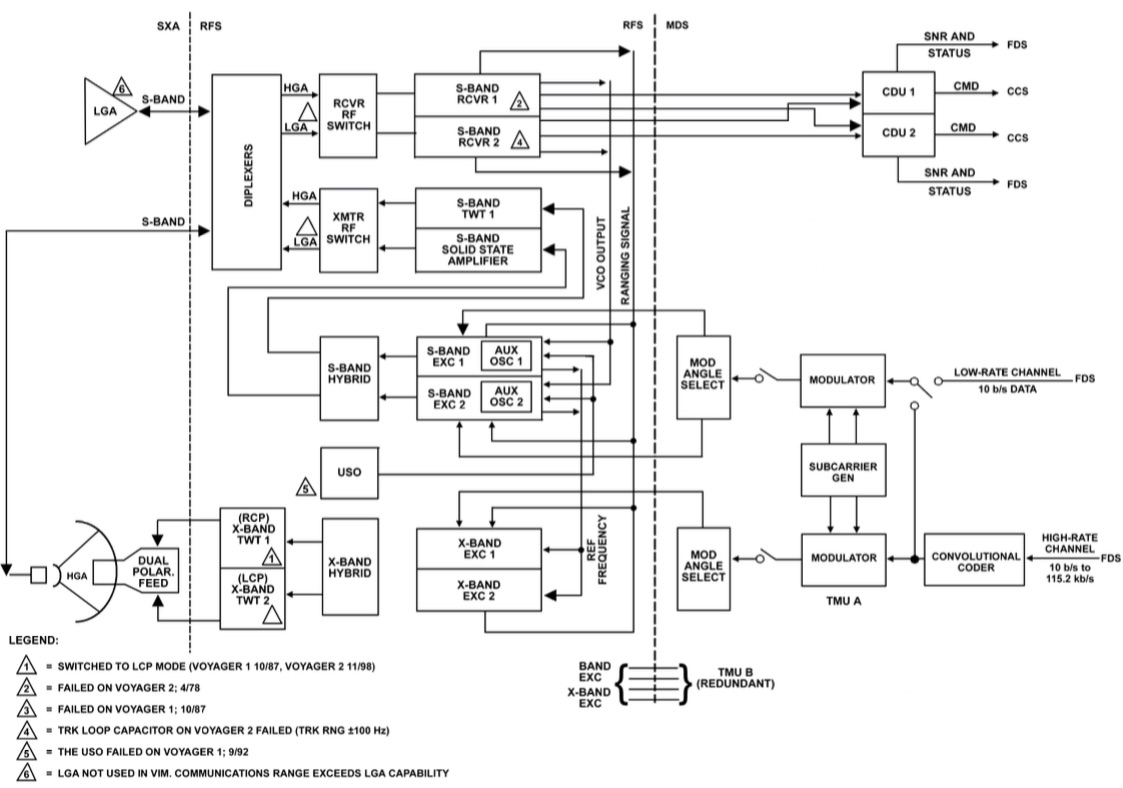 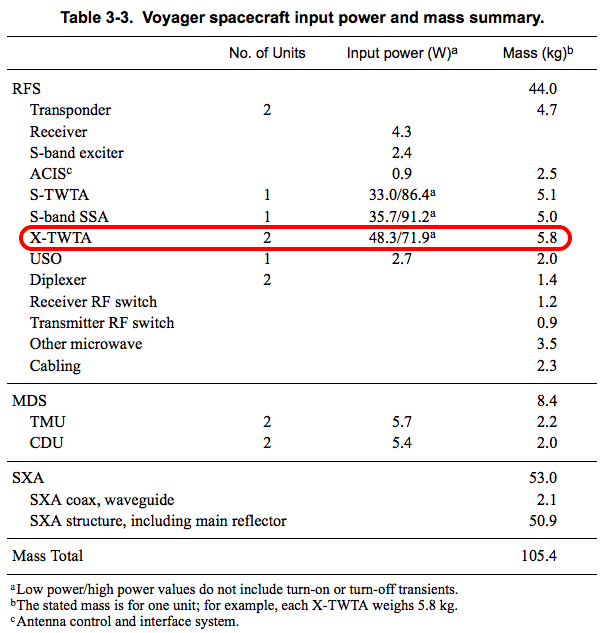 The lowest playback speed supported by the tape recorder is 1.4 kbit/s. 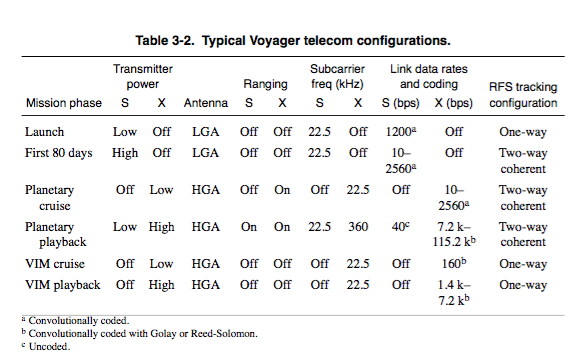 VIM = Voyager Interstellar Mission (which began in the 1990s).

Not the answer you're looking for? Browse other questions tagged history voyager radio-communication or ask your own question.

22
Why was Canberra able to listen to Voyager 2 but not talk to it?
10
How cold are the Voyagers now? Colder than LOX? Colder than SOX?
8
How would the Voyagers finally die if allowed to transmit to the bitter end?
5
Frequency responses of Voyager's S-band high gain antenna's feed-horn and receiver front end & IF?
3
Are circuit diagrams available for the Voyager spacecraft telecommunications systems?
3
Did any of Voyagers' receivers' front ends take advantage of the "cold of space" to lower noise? (communications or radio/plasma science receivers)
0
S-Band transceiver schematics
2
Are the Voyager probes radio output power scalable?
1
Do we use masers, lasers or infrared lasers to send data from deep space back to Earth? If not, why not?

17
How much RF transmit power does DSN need to send commands to Voyager?
7
How much power does the Voyager radio dish draw?
24
How well can Voyager 1 separate Earth signals from Solar noise these days?
9
How often do we get information from the Voyager spacecrafts?
19
Why not send Voyager 3 and 4 following up the paths taken by Voyager 1 and 2 to re-transmit signals of later as they fly away from Earth?
2
Are the Voyager probes radio output power scalable?
3
How would I determine the power usage for a X-Band High Gain Antenna?
4
Why are deep space "beacons" usually UHF, so low (in freq) that DSN can't hear them? And how unusual is it for a Mars lander to have an X-band beacon?