Did astronaut candidates have a lung capacity test, as portrayed in the movie The Right Stuff?

One memorable scene in the movie The Right Stuff portrays a lung capacity test. The astronaut candidates blow into a tube with water and a ping-pong ball. They must blow just hard enough to keep the ball between two lines, and the amount of time they can do this on one breath is measured. The test is done with a group of candidates, leading to an impromptu "contest". 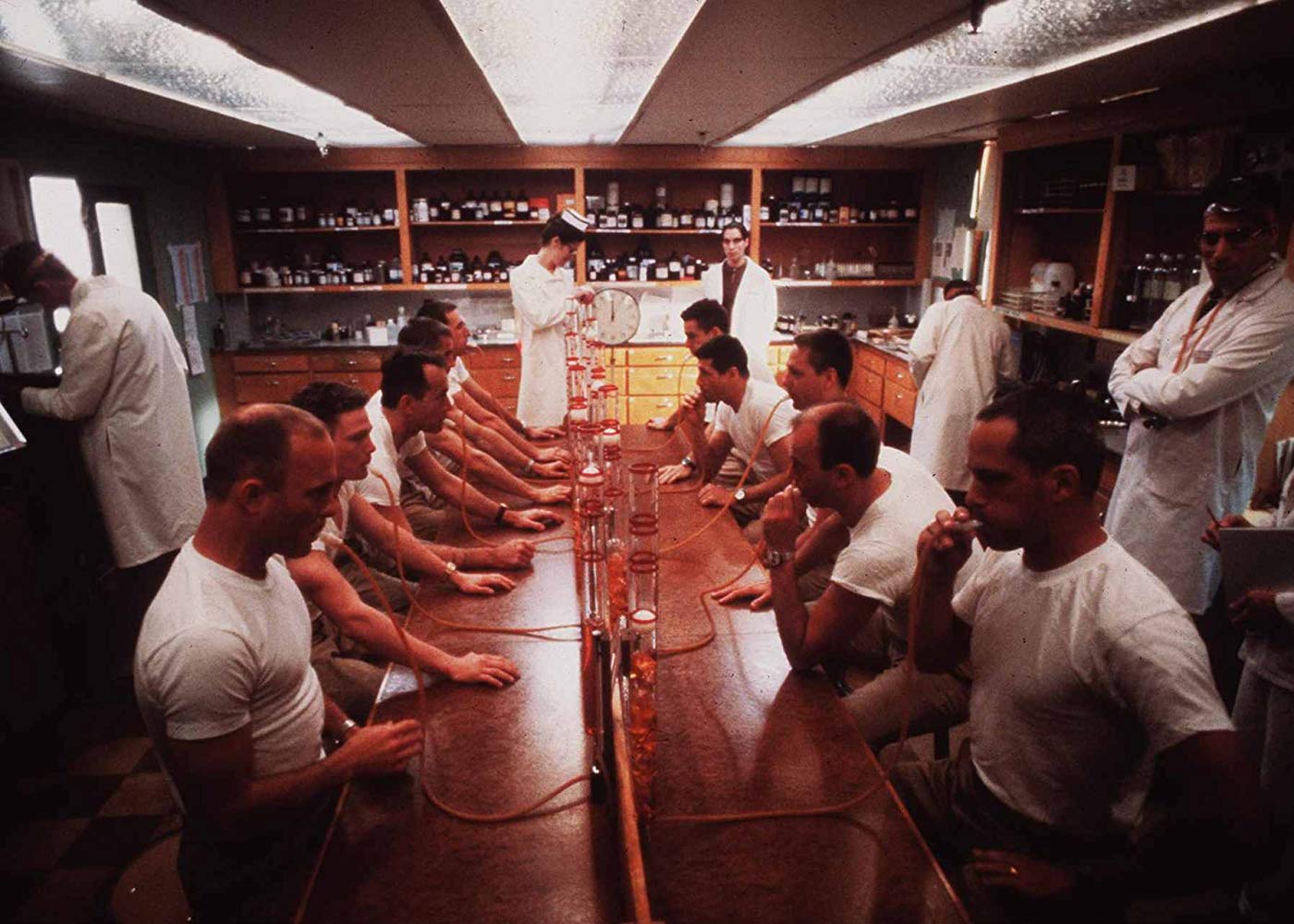 Gordon Cooper: (during the lung capacity test) Ha! 93 seconds. Read it and weep.

Scott Carpenter: (shaking Glenn's hand) You were probably just getting warmed up, John. Next time I doubt I'll be the one to win.

Gus Grissom: (to Gordo) You hear that? We were competing with Archie and Jughead

medical project-mercury
Share
Improve this question
asked May 8, 2019 at 15:20

This article on health concerns for space tourists includes a photo of Wally Schirra performing the lung capacity test: 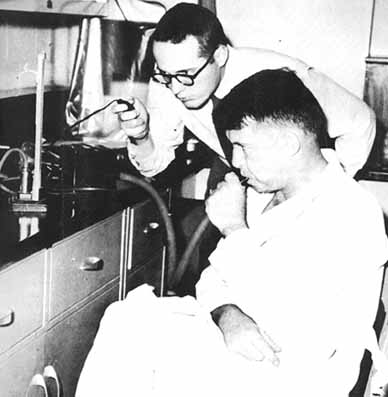 He appears to be blowing into a tube but it's unclear if there's a ball balancing somewhere, and by all appearances he's being tested solo. I'd be very surprised if such tests were ever administered to a group at once.

Not the answer you're looking for? Browse other questions tagged medical project-mercury or ask your own question.

18
Who really coined the phrase "Light the Candle!" to commence with a rocket launch?
16
Why did the cones of the Mercury and Gemini capsules have a neck?
6
What effects did the different air pressure and air composition in certain spacecraft have on astronauts?
2
How long did the Mercury astronauts have to stay in the isolation tank?