"LVLH" on Challenger's cockpit voice recording: What was that switch for?

Her last recorded words aboard Challenger regarded scanning for "LVLH" (low-vertical/low-horizontal), reminding the cockpit crew of a switch configuration change.

What exactly did this switch or setting do?

A primary flight instrument for the shuttle pilots was the Attitude Direction Indicator (ADI). In the STS-51L days this was a electromechanical instrument, indicated in the photo by the red arrow.

The frame of reference used to drive the display is determined by the ADI ATTITUDE switch. Its function is as follows:

The ADI ATTITUDE switches determine the unit’s frame of reference: INRTL (inertial), LVLH (local vertical/local horizontal), and REF (reference). The INRTL position allows the flight crew to view the orbiter’s attitude with respect to the inertial reference frame. The LVLH position shows the orbiter’s attitude from an orbiter-centered rotating reference frame with respect to Earth. The REF position is primarily used to see the orbiter’s attitude with respect to an inertial reference frame defined when the flight crew last depressed the ATT REF pushbutton above/below the ADI ATTITUDE switch. The REF position is useful when the crew flies back to a previous attitude or monitors an OMS burn for attitude excursions. On ascent pre-MECO and on entry, with the ADI in LVLH, yaw is not displayed and the ADI is pinned to the belly-band in yaw.

Pre-launch, the ADI ATTITUDE switch is set to the REF position, although LVLH is the desired frame of reference for flying the Orbiter in "airplane mode". This means that shortly after liftoff, the switch must be moved to LVLH to set up the instrument for a possible ascent abort. Although it was desirable to avoid switch throws during ascent, the switch could not be pre-positioned to LVLH by the Astronaut Support Personnel (ASPs, or "Cape Crusaders") who set the cockpit switches, because there was a singularity in the calculations of LVLH attitude at pitch of 90 degrees (which the Orbiter was at on the pad).

This image shows the layout of the ADI switches in the "steam gauge" cockpit. The location of the switches is outlined in green in the drawing and the photo. 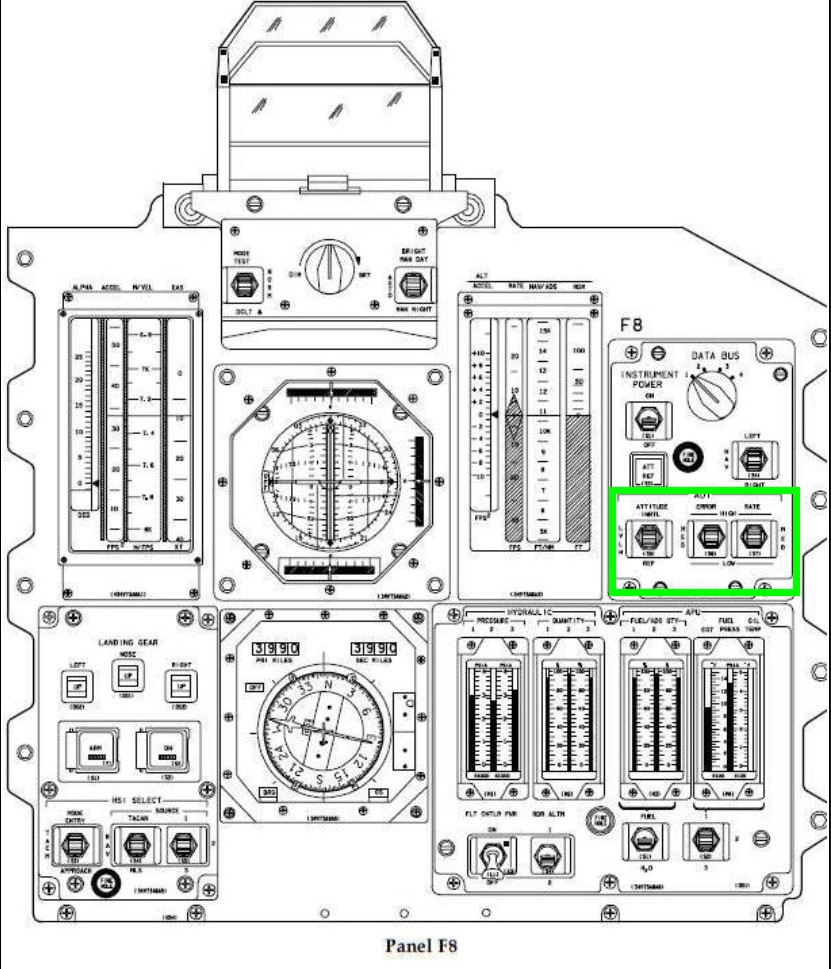 The first action taken after liftoff is, therefore, movement of this switch, as seen on the Ascent Checklist Ascent Procedures Cue Card. The "R180" in the checklist indicates that the action should be taken after the roll maneuver which orients the shuttle to its launch azimuth is complete, resulting in a displayed roll attitude of 180 on the ADI. (These cue cards would have been velcroed to the cockpit in front of the commander and pilot as part of the Ascent Flip Book; you can see a Flip Book velcroed on in the picture. Resnik would have had copies of these cue cards in her copy of the Ascent Checklist.) 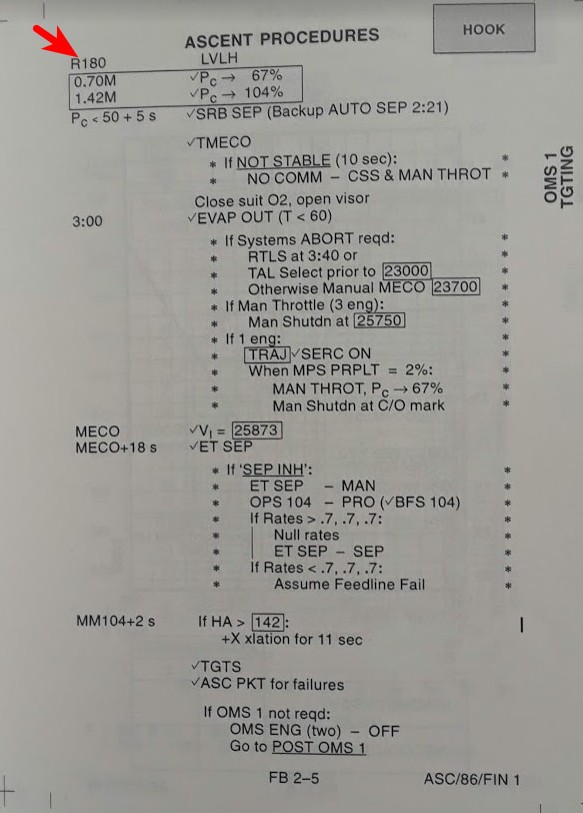 Resnik was reading these steps to the commander and pilot because her flight assignment for the launch of STS-51L was Mission Specialist-2 (MS-2). This means that she served as the "flight engineer", responsible for keeping up in the checklists and ensuring that the commander and pilot took the appropriate actions. She was seated in the second row of seats on the flight deck, between the pilot and commander, giving her a good view of the onboard computer displays and the two crewmembers in front.

In order to measure your attitude (orientation) in space, you need a reference frame (something to measure against). In some cases, you might want to use an inertial reference frame - essentially comparing where you're pointed and rotated versus the direction of a distant star.

However, sometimes you don't care about space and just want to know your orientation relative to the surface of the earth. For example, an airplane wants to know whether it's flying level over the ground below. This earth-relative reference frame is called LVLH (Local Vertical/Local Horizontal).

As a spacecraft, the Space Shuttle used both LVLH and inertial reference frames. There were switches to toggle the attitude indicator between them. LVLH was used during ascent and entry since it's easiest and most helpful to think of your attitude relative to the earth during those phases (just like an airplane). On orbit, either type of reference frame could be used depending on the task, and the on-orbit digital autopilot supported both.

It's a common term in spacecraft attitude control systems, but for more Shuttle-specific information, search for "LVLH" in the Shuttle Crew Operations Manual. MS2 Judy Resnick was simply reading a checklist item shortly after launch began to set the toggle in the right position, as per the Ascent Summary in section 5.2.

Not the answer you're looking for? Browse other questions tagged space-shuttle failure shuttle-challenger or ask your own question.

6
How are physical attitude indicators actuated?
3
"Reading 486" air speed from Challenger disaster: What units?
3
What order were space shuttle roll-pitch-yaw angles displayed in?
2
What would space shuttle digital attitude display show during flipover

12
What are the two openings above the Shuttle's cockpit?
50
What would NASA have done if they knew Columbia was catastrophically damaged?
10
What was the death toll of the Nedelin catastrophe?
28
What does 'Switch SCE to AUX' mean?
3
What was the purpose for which the shuttle mockup Explorer aka Independence was constructed?
7
What are these Space Shuttle cockpit elements and what are they for?
1
Space shuttle Initial ADI frame Before Switch to LVLH?