Why does Blue Origin want to go to the moon? 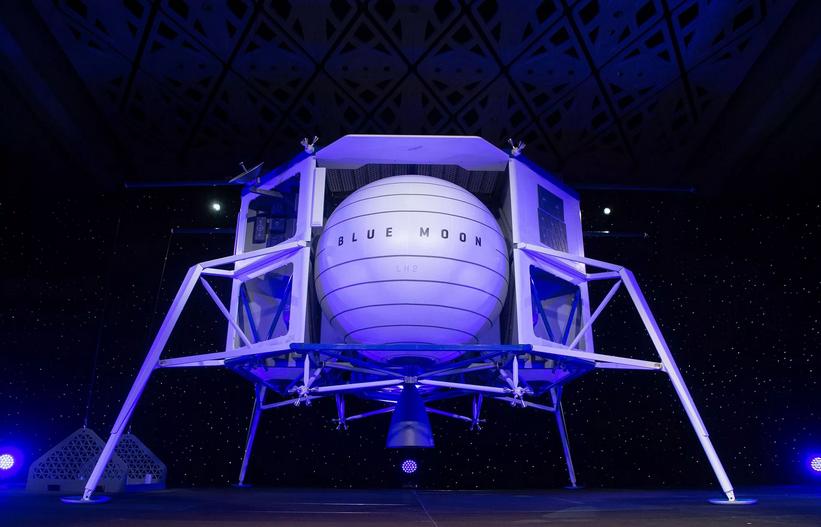 Have Blue Origin published anything about their reasons for going to the moon?

Let's look at the company's webpage for the Blue Moon mission. At the very bottom, they clearly state:

For interest in flying on Mission One or future lunar transport services, please email (redacted)

So they are trying to sell space for people or payloads who want to go to the moon. The same page has sections "Large Lunar Landing Payload Capability" and "Ample Power for Payloads", which further supports that premise.

The system appears to be modular. If you want a manned mission, you'll have to pay extra for the return trip:

The larger variant of Blue Moon has been designed to land an ascent vehicle that will allow us to return Americans to the Moon by 2024.

On another page, they seem to think that NASA will be one of their customers:

Blue also announced it can meet the current Administration's goal of putting Americans on the Moon by 2024 with the Blue Moon lunar lander.

Launching resources to build space stations is expensive. This is because gravity on Earth makes it require a lot of energy to get off the ground and into space. The moon has certain resources that are very useful for building, including iron, silicon, water and mercury. There are several reasons why getting these resources from the Moon are better than providing from launch: - The moon's gravity is about 17% that of Earth's, making it cheaper to launch resources of the moon to build structures in space. - It leaves the resources on Earth, to be used for Earth! - It reduces the amount of resources needed to be mined here on Earth, hopefully reducing greenhouse gas emissions.

So the answer: Both to mine the moon for building structures more easily and cheaply in space, and because Bezos has a passion for space and he is absolutely loaded with cash! Hope this helps.

Because NASA want to be able to go to the Moon, having a concept available is a good way of getting business (be it development or service)

6
Why does the New Shepard vehicle not have an exhaust trench?
11
Why does the BE-4 use methane as fuel?
14
Why does Blue Origin land the crew capsule separate from the booster?
15
Why does Blue Origin "like landing on a moving ship"?
5
Will the New Glenn have grid fins? Why or why not?
5
How do the Dynetics-led team's ALPACA lander's "drop tanks" rendezvous and jettison work in terms of trajectories?
3
What rocket would Blue Origin go to Moon with?
5
Why must passengers in Blue Origin flights be able to climb seven flights of stairs at the launch tower in less than 90 seconds?
6
Will Richard Branson be setting any space firsts by beating Jeff Bezos' launch date?