How is the height of a rocket measured?

363 feet is the height of the Saturn V/Apollo stack from tip of the launch escape tower to the bottom of the engine bells, according to the dimensioned drawing here. 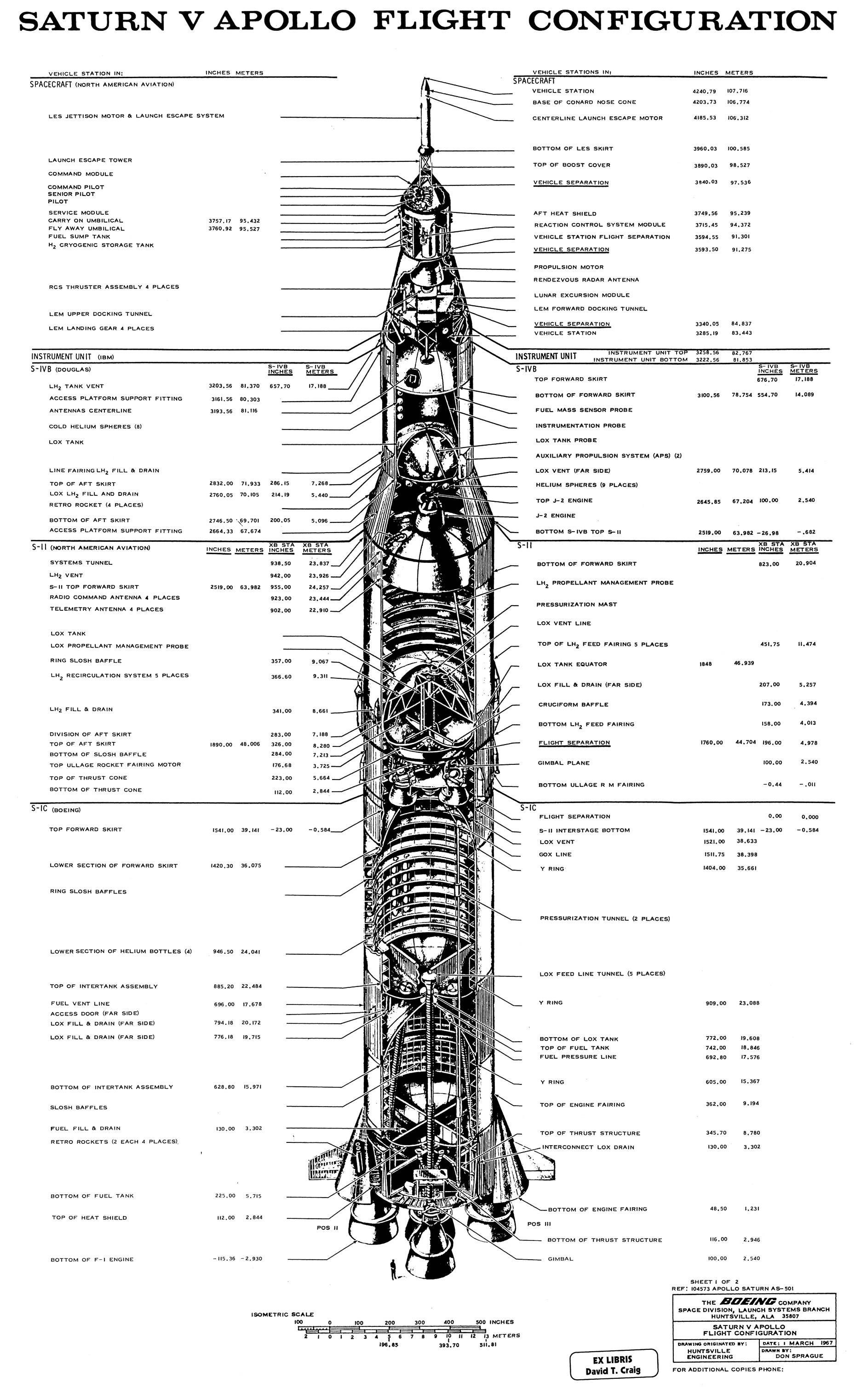 Oddly, the "zero" vertical reference point on that drawing is not the bottom of the nozzle, but 115.36 inches above it; I'm not sure if that's the length of the F-1 nozzle extensions or something else, but at any rate, the total length is 363 feet and a fraction of an inch.

In almost every case, I'd expect rocket height to refer to the total length from the bottom of engine nozzles to the top of a payload fairing. @Hobbes is correct, though, that for any purposes other than impressing tourists, you'll want to consult a dimensioned drawing to be sure of what's what.

6
Why was this point chosen as the origin for the Saturn V coordinate system?

10
How does a rocket navigate during launch?
28
What is the purpose of the black-and-white patterns on some rockets?
7
What's the thickness and weight of rocket tanks?
56
Can a miniature Saturn V get to the moon and back?
15
Why is (conventional) ramjet not used for 2nd stage of rocket propulsion?
9
How do rocket propellant combinations rank in terms of “brightness”?
4
Longest continuous burning chemical rocket engine?
5
Issue with units for a rocket nozzle throat area problem
0
Need help with 'Tsiolkovsky's Rocket Equation': What's the maximum weight of my rockets command module?