Why was this point chosen as the origin for the Saturn V coordinate system?

David Hammen gently corrected my erroneous comment on this fine answer to the question: How is the height of a rocket measured? by pointing out the following figure in the Project Apollo Coordinate Systems document. 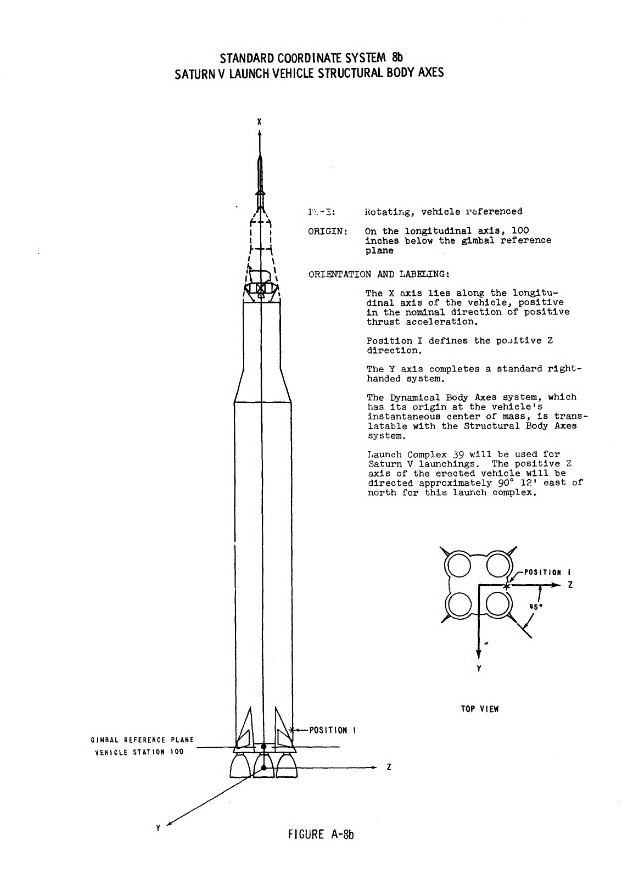 It shows that the origin of the coordinate system is defined to be 100 inches below the engine gimbal reference plane.

Why was this particular point chosen, instead of, for example, the bottom of the engines? Or the gimbal plane itself?

For the H-1 engines of Saturn I/IB, it appears that at some point in development, the origin was ...almost... at the bottom of the engines, according to this drawing I found linked from AlternateWars: 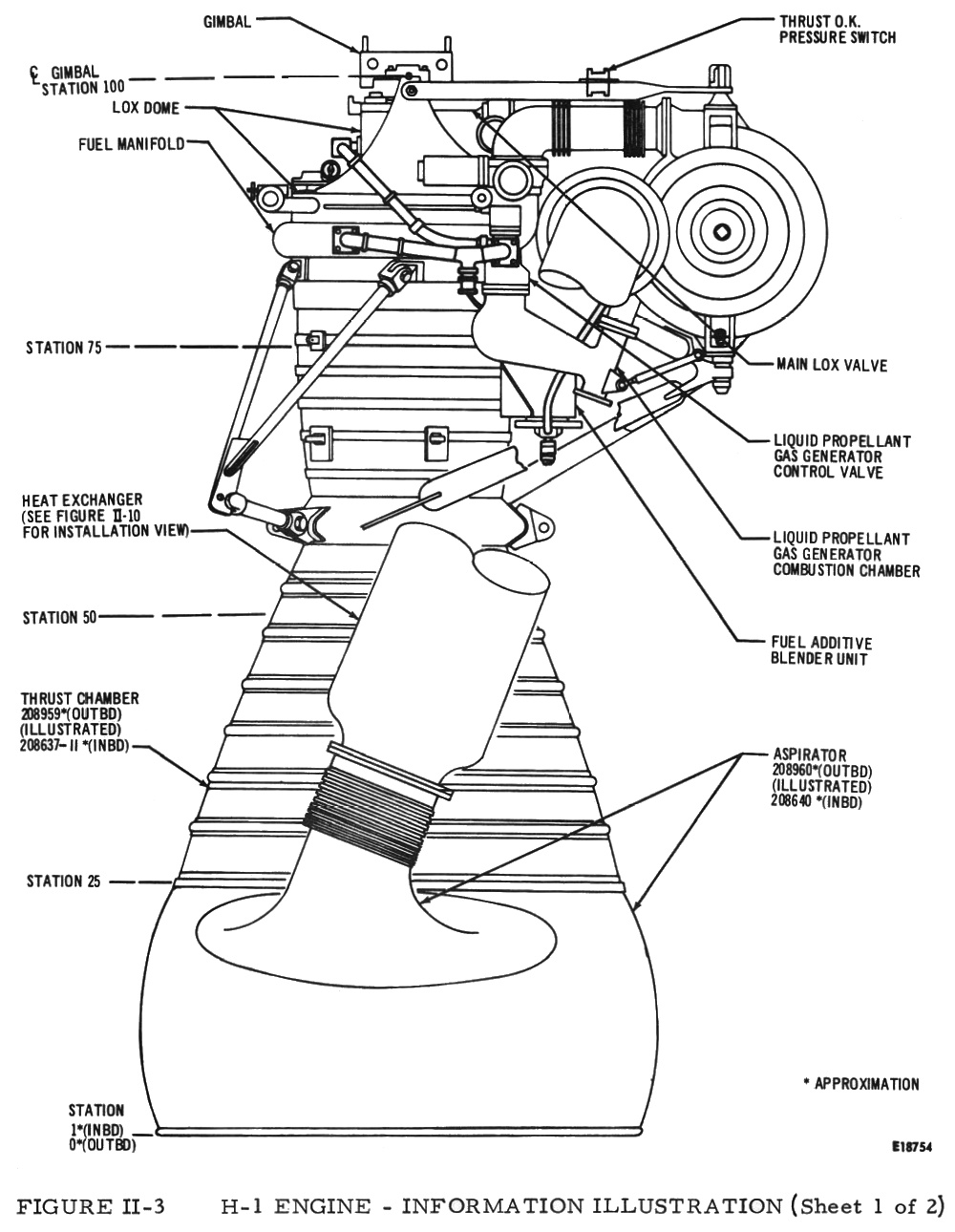 So it appears that the Saturn V coordinate system inherited the definition of its origin as 100 inches below the gimbal reference plane from the smaller rocket.

A page on HeroicRelics seems to be saying that the turbine exhaust aspirator on the outboards extends "past the exit plane" of the engine, possibly explaining the outboards being an inch longer.

Another page on HeroicRelics claims that the 100-inch reference from gimbal to exit plane derives from the Jupiter's S-3D engine, an ancestor of the H-1... but dimensioned drawings on yet another page say the figure for that engine is 98 and a fraction inches.

Not the answer you're looking for? Browse other questions tagged apollo-program history coordinates or ask your own question.

6
How is the height of a rocket measured?
4
Why was the origin of the Apollo lunar module coordinate system “underground”?

6
Was CNC milling used in the 1960's for making the Apollo/Saturn rocket engines?
19
What was the reason to use different fuel for the Apollo Service Module propulsion system and reaction control system?
1
Was the Saturn V only going at 1.1km/s after the first stage?
6
What coordinate system was used for the Apollo missions?
13
Why was the Saturn V considered to be human-rated after Apollo 6?
6
What was the actual Q-alpha limit for Saturn/Apollo launches, and what was the typical max Q-alpha?
49
Why is there a Saturn V in the background of this Gemini-Titan launch?