I find the business model for RocketLab interesting. It is said that they fill a niche in the market by using smaller rockets. And it is true, in comparison to e.g. Falcon 9's payload of 9,500 kg, RocketLab's payload is small at 150-225 kg.

But the cubesat standard specifies a single cubesat to be 1.33 kg. Much smaller still. And it seems like this is also a growing market.

Wouldn't it then be a good business idea to create a rocket to launch a single cubesat? And how much more complicated would such a rocket need to be compared to an amateur rocket?

Along with the scaling of rocket engineering that has SpaceX stacking masses of starlinks into a single rocket with any orbital launch there are some non scaling ground constraints.

Any launch will need to clear airspace and ground zones out to the point that failures have a suitably low probability of killing people.

So even if you had a rocket that was 'free' you would probably be looking at costs in the millions just to do paperwork, get clearances, manage physical security and actually set up the needed ground tracking and communications hardware on the day.

If you are a military or educational one off project you can often get much of this for 'free' in that the involved people, equipment and range space are borrowed from larger government organisations, hence some of the smaller scale national projects that have flown successfully on small budgets but if you want to be 100% commercial flying reliably and regularly you need to have these overheads in the plan and adding to your $ per kg to orbit cost.

A rocket that can launch a single cubesat would have to be competitive in the current market. But that market is skewed: cubesats are passengers on launches that usually have one large satellite (the main payload) plus a bunch of cubesats/smallsats. So the launch cost is shared. This consists of not only the cost to build the rocket, but there's development cost and launch services (as mentioned by GremlinRanger). Because a cubesat is only 1/1000 the weight of the main payload, the launch price is only 1/1000 of the main payload (on the order of $100,000). This sets a ceiling for the launch price you can set for your rocket.

So your launch can't cost more than $100k, and this has to pay for everything: building the rocket, development cost and launch services.

Is that a feasible target? Let's look at some small rockets that are produced in large numbers: military missiles. An AIM-120 AMRAAM air-air missile with a top speed of ~Mach 4 (or 1/5 of the speed you need, 1/25 of the energy you need) costs \$300k and is produced by the thousands. Now part of that is for parts you don't need (guidance, warhead, ability to be launched from a fighter aircraft). On the other hand, as a rocket company you have less history to build on. The military has trouble developing missiles that cost less than \$100k each.

Small rockets are cheaper than large ones, but some parts of the development are still expensive: you still need a high-performance rocket engine (probably 2, to get a 2-stage rocket). If 10% of your launch price goes toward paying off your development cost, you have to launch thousands of rockets to pay for the development cost.

At least one attempt has been made to develop a rocket in the one-cubesat class: the Japanese SS-520. Development cost was $3.5 million, and it was based on an existing sounding rocket. While test launches were successful, there don't seem to be plans to put this into production.

Earlier in this answer I mentioned a cubesat launch can't cost more than \$100k. The Japanese estimated they could set the price at $500k because a dedicated launch offers added value: the sat can be launched into a specified orbit instead of being tied to the orbit of a main payload. That changes the financial picture. At the same time though, companies that sell piggyback launches can develop upper stages that give similar options to launch into specified orbits.

Simply answered. Although the rocket is smaller, the cost of launch infrastructure, licencing, insurance, down range tracking & saftey don't scale down with rocket size. Also the cost to R&D the small vehicle isnt that much less than one around the size of electron, and this cost has to be recouped across your launches.

In short you end up with a cheaper rocket with expensive service cost, that has to be sold below operational cost to compete with ride sharing launches.

Just no viable business case here at all.

However it remains to be seen if it is necessarily a good business idea.

From this answer to Will JAXA try again to launch TRICOM-1 with the “world's smallest orbital rocket” SS-520-4 again? 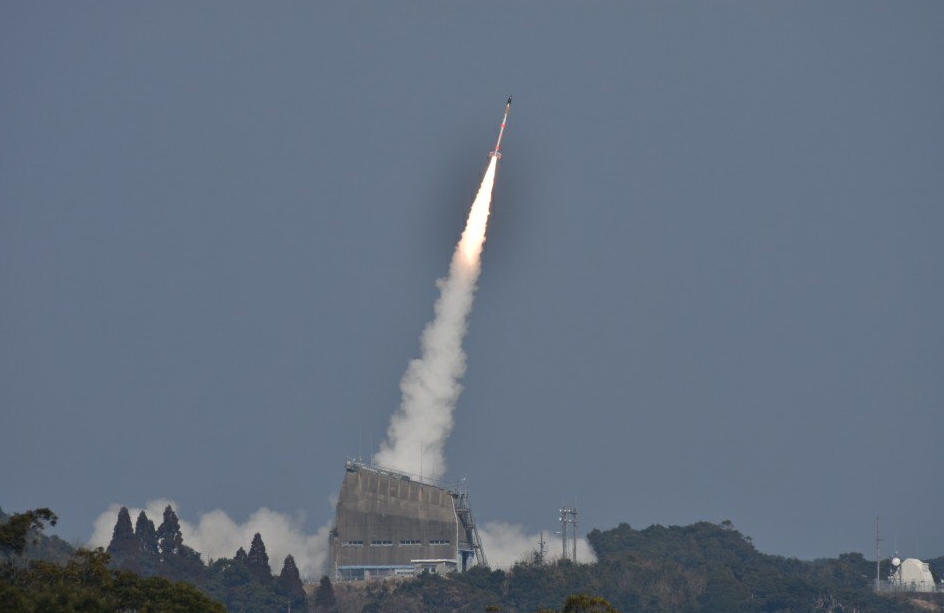 The weight of all electronics needed for an orbital rocket is nearly the same for a small and a large rocket. If there is a single engine only within each stage, the number of telemetry chanells will be somewhat smaller and thus also weight. The same is true for battery weight needed to power the electronics.

It won't be very efficient if electronics and battery of the rocket weighs much more than than the payload of cubesats. Development of such a small rocket is possible but not cheap.

Not the answer you're looking for? Browse other questions tagged rockets cubesat or ask your own question.

9
Is it possible to build a rocket with 2kg payload?
2
Small satellite launcher to LEO dedicated launch vehicle
29
How small could an orbital rocket be?
2
Why is the Orion spacecraft so big?
6
If there "won't be" rockets to launch individual cubesats, then why did JAXA build exactly that? (SS-520-xx)
3
Smallest orbital rockets by height?
3
Will JAXA try again to launch TRICOM-1 with the "world's smallest orbital rocket" SS-520-4 again?
1
Do you know a rocket for launching femto and pico satellites smaller than the SS-520?

9
Documentation and testing for a CubeSat launch?
7
Why is the cubesat structure so expensive?
14
Cubesat Launch Costs
6
What stole the INSPIRE cubesat launch opportunity, and will there be another?
1
Why can't we use MIMO antennas in a cubesat?
13
Why isn't stainless steel used for rocket engines?
1
New Terran 1 rocket - launch costs for Cubesat
3
Rocket to launch 8 cubesat to LEO at an equidistant distance
4
Could the Electron launch a cubesat to Mars