update: The Washington Post says it's probably this one, confirming @JoeJobs' answer as well. 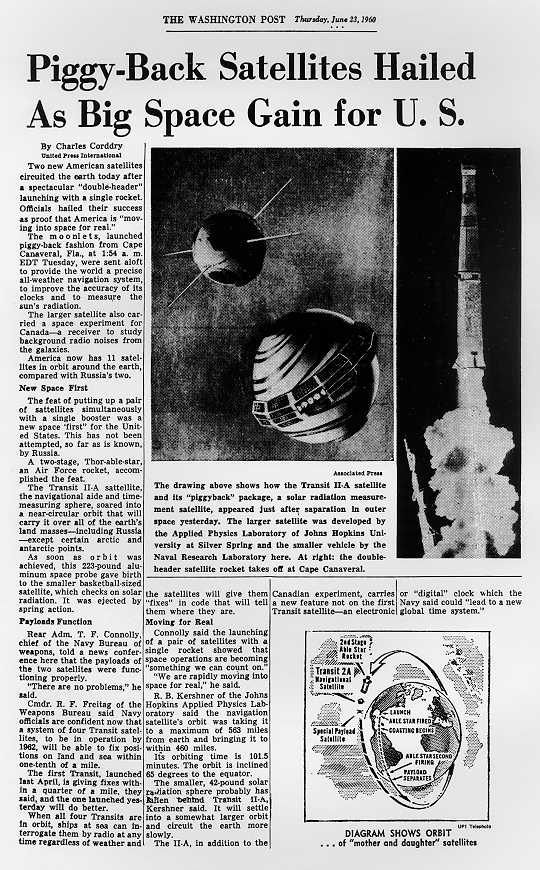 The feat of putting up a pair of satellites simultaneously with a single booster was a new space “first” for the United States. This has not been attempted, so far as it is known, by Russia.

A two-stage, Thor-able-star, an Air Force Rocket, accomplished the feat.

The Transit II-A satellite, the navigation aide and time-measuring sphere, soared into a near-circular orbit that wil carry it over all of the Earth’s land masses — including Russia — except certain Arctic and antarctic points. 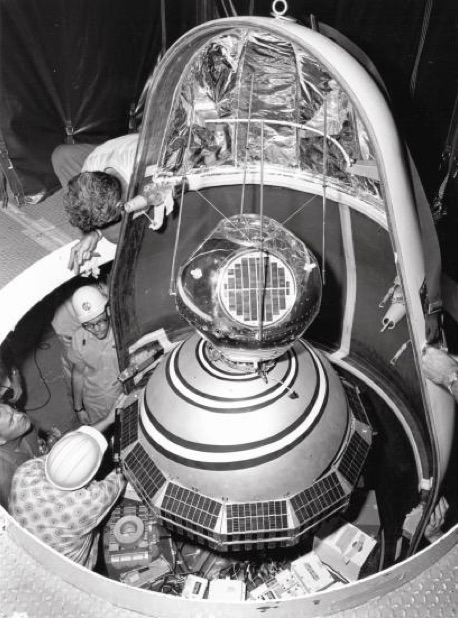 Apollo 9, launched on March 3, 1969 had a Lunar Module and a Command Module

If the Moon is considered into the Earth's sphere of influence then:

if orbiter-lander are not good then:

Mars Cube One (or MarCO) was a Mars flyby mission launched on 5 May 2018 alongside NASA's InSight Mars lander mission. It consisted of two nanospacecraft, MarCO-A and MarCO-B

5
Just how pointy does a rocket's nosecone need to be?
14
Why were Spirit and Opportunity separate launches?
8
Have there been any probes launched that were actually clusters of probes?
10
How does one dogleg from Florida to a sun-synchronous orbit?
6
Who started conducting multiple-payload launches routinely, and on which vechicle?
11
Which launch was the first to use a dogleg maneuver?
3
"Are we there yet?" (45th Space Wing's goal of being able to support 48 launches per year from Cape Canaveral)
3
What happened to the launch debris that the US dropped on Cuba? Was it noticed or reported?
1
What is the first time that two satellites were launched together as the same payload?

33
What is the total mass sent into orbit over all history?
10
What was the first attempt in history for space exploration?
3
What payload mass can different launchers send in Hohmann trajectories to different destinations?
7
How would a bulk payload like fuel (instead of delicate technology) change boost to LEO optimization?
6
How does horizontal payload mounting influence satellite design
6
Who started conducting multiple-payload launches routinely, and on which vechicle?
5
Are submarine launches horizontal?
5
Interplanetary secondary payload