Why did the cones of the Mercury and Gemini capsules have a neck?

As highlighted by the green double-arrow lines in the pictures below, the Mercury and Gemini capsules had a (roughly) cylindrical "neck" at the end of the capsule cone. If they had instead followed the outline of the red dotted lines, the spacecraft would have been a simple cone (*1), there would have been more room inside for crew and equipment, and the module could still make the same attachments fore and aft. Indeed, later designs of crew modules (Apollo command module, Constellation/Orion, Boeing Starliner, SpaceX Dragon 2) do not have a neck and are simple cones.

Why did Mercury and Gemini capsules have a neck? 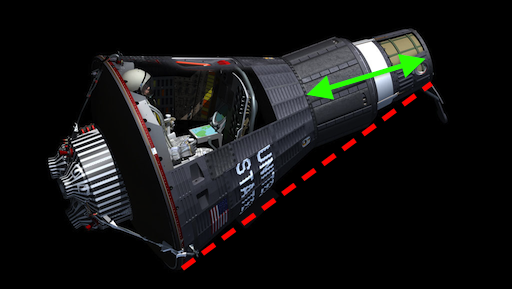 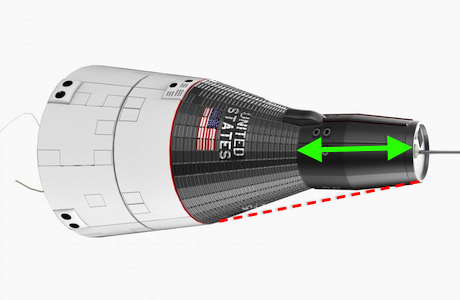 Understanding of re-entry heating at the time led to that decision. Around the time that Mercury was being designed, there was a huge problem in the field of ballistic missile design (which had a sister problem in the field of spacecraft design): at hypersonic speeds the noses of ballistic missiles would melt. The original thinking at the time was that the same shape that made it so easy to launch out of the atmosphere also made it so hard to re-enter the atmosphere. So a counter-intuitive design of a blunt re-entry body with a pointed nose for launch was considered (I'm aware that this doesn't address the question yet, bear with me!). See here for the development of that idea.

OK, but that's the back of the spacecraft. What about the top, which is what you're interested in? Why was it cylindrical instead of conical? It had to do with how the heat distributed itself across the capsule's body during re-entry. Cones were proposed by some contractors (see below), and initially the conical shape was experimented with. Page 95 of this document briefly talks about this.

The understanding at the time of how to keep the spacecraft cool, given all of the other constraints it was under, led to the choice of cylinder. Below is an image showing how various parts of the spacecraft heated up during entry. 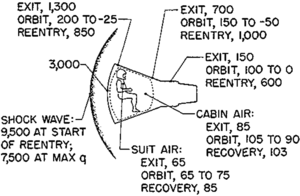 The difference between the Mercury and Apollo spacecraft was a ratio of diameter to height. Below are images showing the various proposed designs. Notice how tall a Mercury capsule would have to be if it were conical, relative to its diameter.

Not the answer you're looking for? Browse other questions tagged design project-mercury project-gemini crew-module or ask your own question.

15
Are Mercury/Apollo/Gemini capsules visible in any museum?
13
Why did the rendezvous attempt fail on Gemini 4?
20
Why did rendezvous on Gemini 4 fail so badly?
7
How did mission control work for the concurrent Gemini 6A and 7 missions?
6
Why did the manned Mercury-Redstone flights carry and use retrorockets?
20
Why weren't Gemini capsules given names?
4
Why did Mercury use multiple CAPCOMs while Apollo did not?
9
What would have happened if an Apollo/Gemini/Mercury splashdown hit a ship?
12
How did the Mercury Seven compare in military seniority?
2
How long did the Mercury astronauts have to stay in the isolation tank?