I was reading an article about a ring that was destabilized out of orbit on one of Saturns moons. I got there by looking for mountains because of this question (unrelated mostly). Here's a picture of a mountain range on Iapetus that this article claimed could be a mountain range formed by a ring that crashed to the planet: 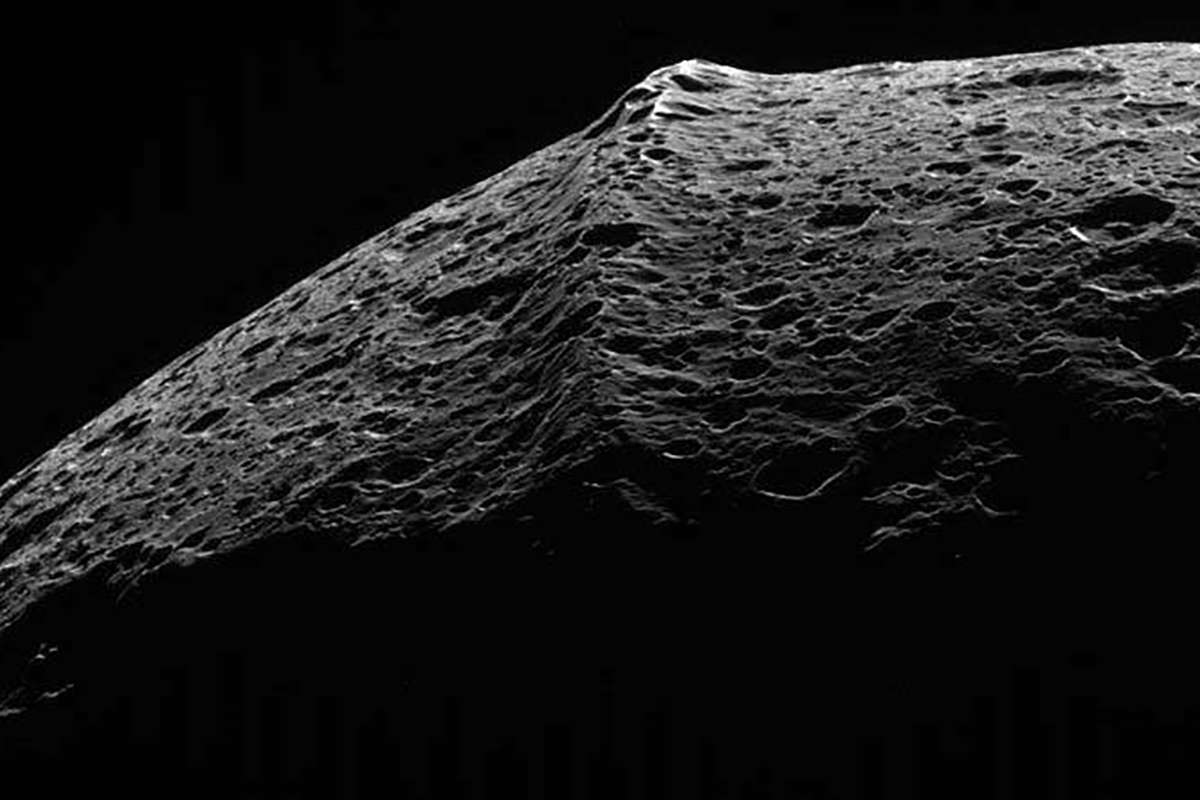 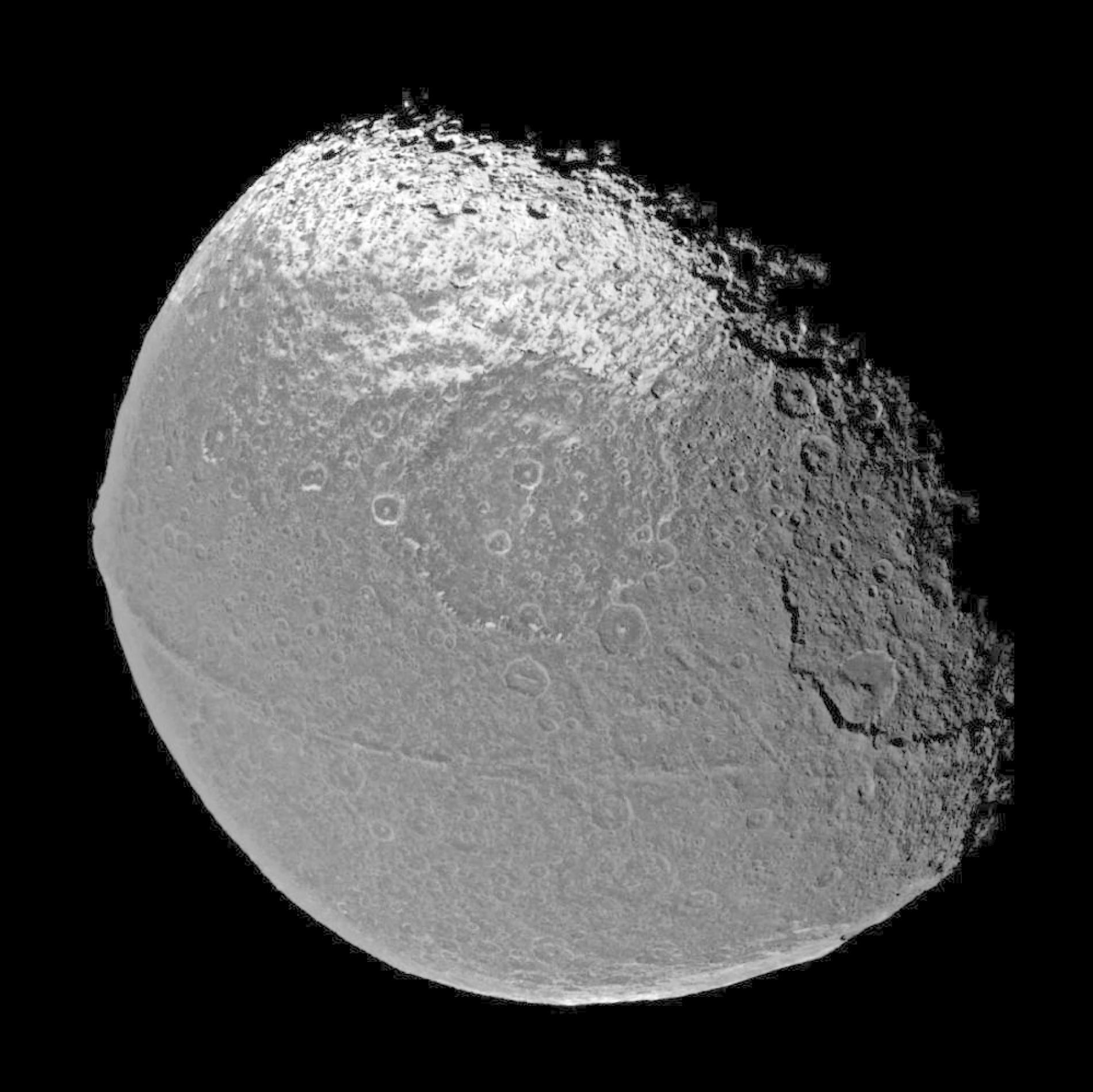 I want to ask how a ring would get destabilized and collide with a planet's surface to create a mountain range that is 20km tall and along a linear path. I can't really picture how it would be disrupted in a way that would cause it to be pulled toward the planets surface all at once.

My hypothesis on what I misunderstood: 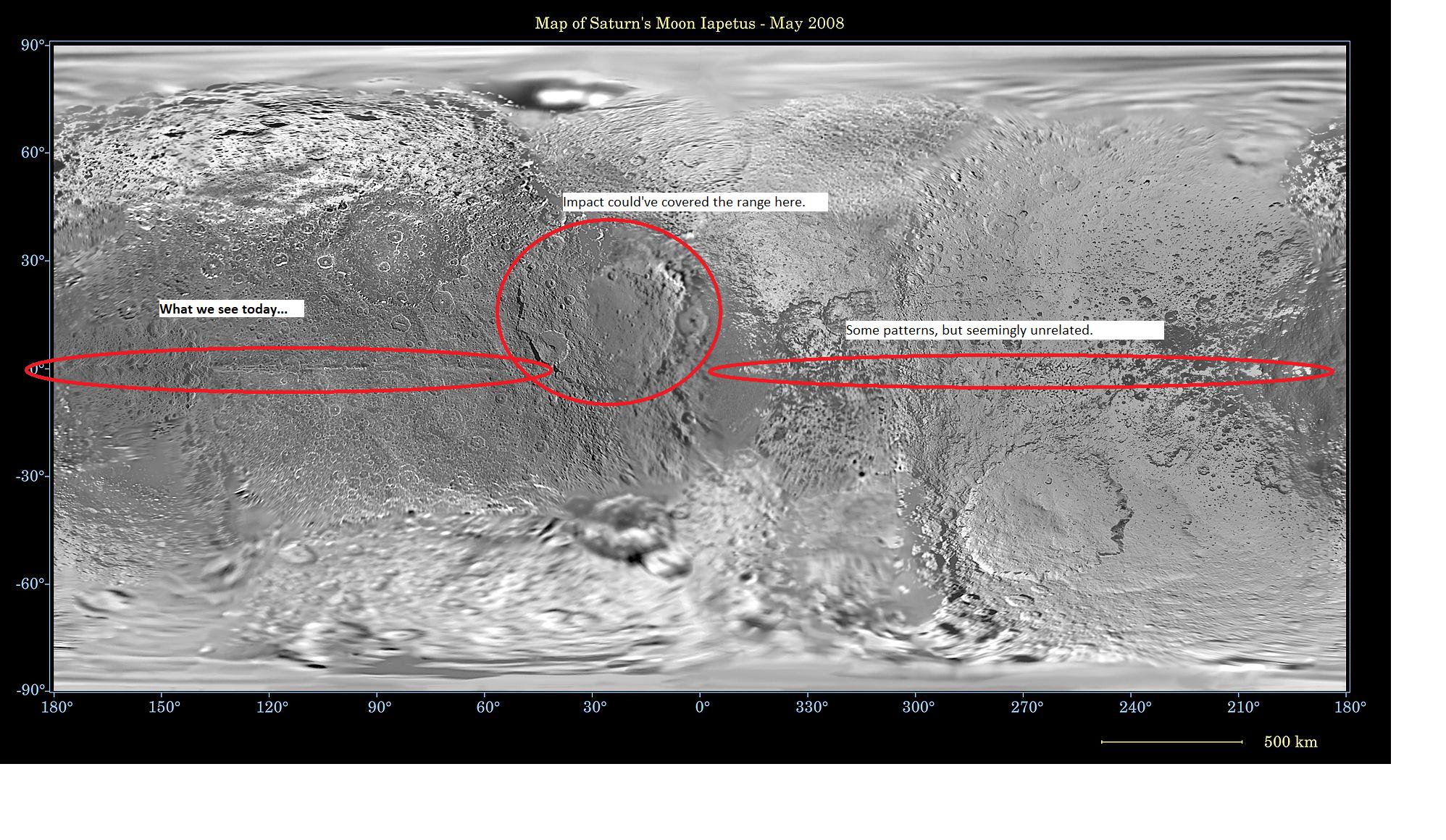 If this is better served to astronomy-- migrate (I will not be offended and cannot do it myself)...

Browse other questions tagged moons saturn rings or ask your own question.

9
How tall are Pluto's mountains? Are they the tallest ice features in the Solar System?
2
Separating fact from fiction, how to get from this radar image to this GIF?

6
What is responsible for the different colors of Iapetus?
12
Why are the Rings of Saturn so much brighter than the other planets?
14
How dense are Saturn's rings?
4
Is the equatorial mountain range of Iapetus due to cold erosion?
14
What about gathering water ice from Saturn's rings?
1
Is this the first photo of Jupiter's ring(s) from deep space?
2
What delta-v per orbit would a spacecraft need to hover next to Saturn's rings?
1
How do Saturn's rings affect the surface of the planet?