How feasible is the Delta-Glider? 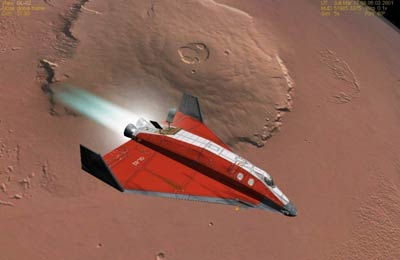 It is capable of take-off from a runway, has hover engines for VTOL in low-g planets/moons, and lands similarly. It has several variants, including DG-S (equiped with scramjet).

Do any of the figures sound unrealistic? How feasible is this?

EDIT: It is capable of flight in the atmosphere, but is mainly designed for orbital and interplanetary spaceflight.

spacecraft design feasibility
Share
Improve this question
edited May 28 '19 at 15:29

The specific impulse figure of 40kN•s/kg (i.e. exhaust velocity of 40km/s) and the 31.5km/s of delta-v achieved thereby is not achievable with current propulsion technology -- it’s about 10 times the fuel efficiency of modern chemical rockets.

That performance suggests something like a fusion rocket engine.

The extremely high Isp (about a factor of 9 above what is achievable today) enables it to perform feats of derring-do beyond our current imaginings. Apart from that, it seems feasible.

As noted by others, the Isps cited suggest a nuclear engine of some sort.
The Isp is around nine times that of the Space Shuttle main engines (!)

It has SSTO capability beyond anything we could build today.
It could "go to earth orbit" from a standing start (with tanks partially filled).
On full tanks, it cannot quite lift from the earth's surface. Even with tanks almost empty, it would be a sluggish climb to orbit for a terran launch.
But once in LEO its capabilities are astounding. Mars surface to orbit would be 'easy'.

Main engine thrust is 24,000 kg.
Empty weight + all fuel brings thrust:mass to about 1:1 but the extraordinarily high Isp allow an earth LEO delta V on well less than "a full tank".

This table shows the delta V in km/s required to go from locations in the left-hand column to locations in the top row. From Wikipedia - Delta-V budget. If you launched from earth to LEO on just enough fuel to get you there and then "tanked up" in LEO you could 'wander around' the Earth-Lunar-Lagrange environments in astounding style.

You can do Mars return from LEO on Hohmann transfer orbits with ease. And so probably greatly reduce Earth-Mars-Earth journey times with non-Hohmann trajectories. 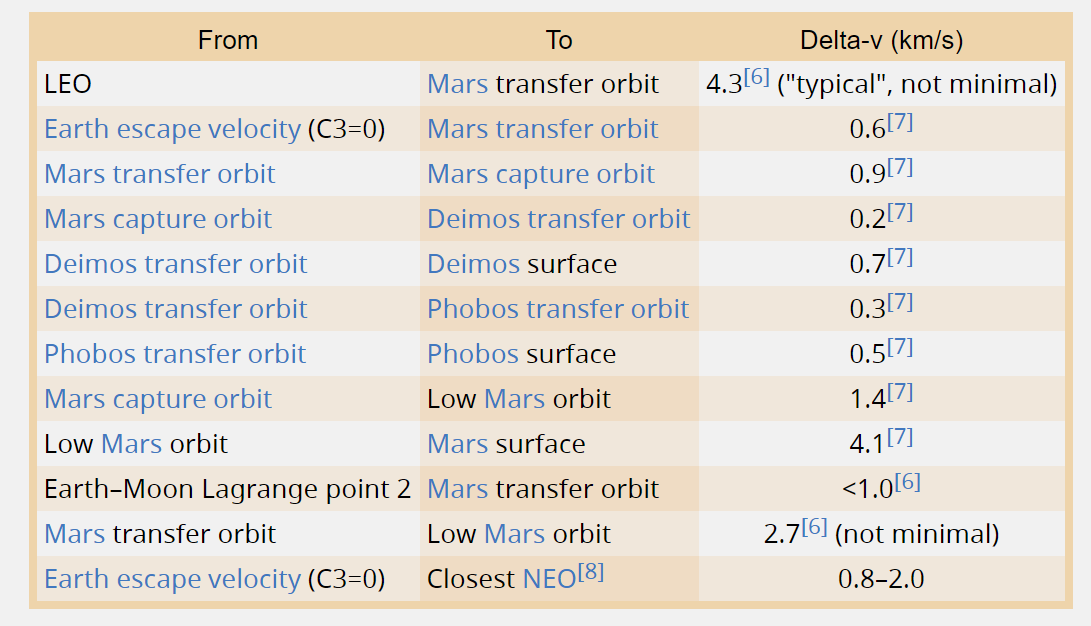 But wait!
It gets better still.

You can dive into the sun! - or sun graze and just start to get back.
With full tanks from LEO you can maybe manage Jupiter or Saturn return,
easily achieve Mercury, Venus or Mars return,
And make a one-way journey to anything past Saturn. 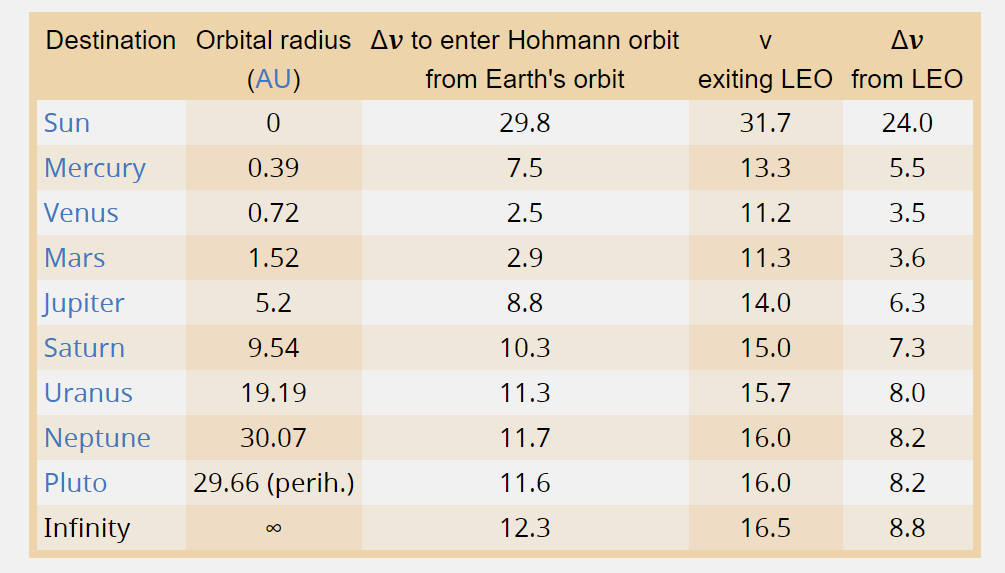 Not the answer you're looking for? Browse other questions tagged spacecraft design feasibility or ask your own question.

12
How feasible would it be to move the ISS to the surface of the Moon to recycle its components in future?
8
How feasible is the Moonspike mission?
18
Are Armageddon's simultaneous shuttle launches feasible?
20
Cost-effective Space Shuttle: was it feasible?
2
Orbital reentry glider with no heat shield
3
Is the Pulse detonation engine feasible
7
Why was the Delta Clipper cancelled?
5
Semi-feasible alternates to silicon electronics for a Von Neumann Probe?