How are martian dust devil maps made?

What’s unique about this most recent event, however, is that InSight was able to gather other forms of evidence to bolster the case. And in fact, this marks the first time that a dust devil has been directly detected by instruments aboard a Martian probe, according to NASA; none of the space agency’s “solar-powered rovers have included meteorological sensors that record so much round-the-clock data,” noted the space agency in a press release.

The event happened during the early afternoon in Elysium Planitia, a region on the Martian equator. As on Earth, dust devils are more prominent during this time of day owing to the interactions of hot surfaces with cooler air above. Elysium Planitia also happens to be a particularly windy zone on the planet.

InSight’s Auxiliary Payload Sensor Suite—a series of weather sensors—captured data consistent with a dust devil passing overhead. The wind changed direction by 180 degrees, for example, while the wind speed suddenly jumped to 45 miles per hour (72 kilometers per hour). The APSS also detected a sharp drop in air pressure. Interestingly, NASA said it’s the single largest pressure drop ever recorded by a probe on Mars. The sudden drop of 9 pascals, or 13 percent of the local air pressure, hinted at winds too fast for InSight’s sensors to pick up.

and shows the image below, which I assume is not the location of InSight but I could be wrong.

Question: How are paths of all of these dust devils determined in order to build up such a complicated map? 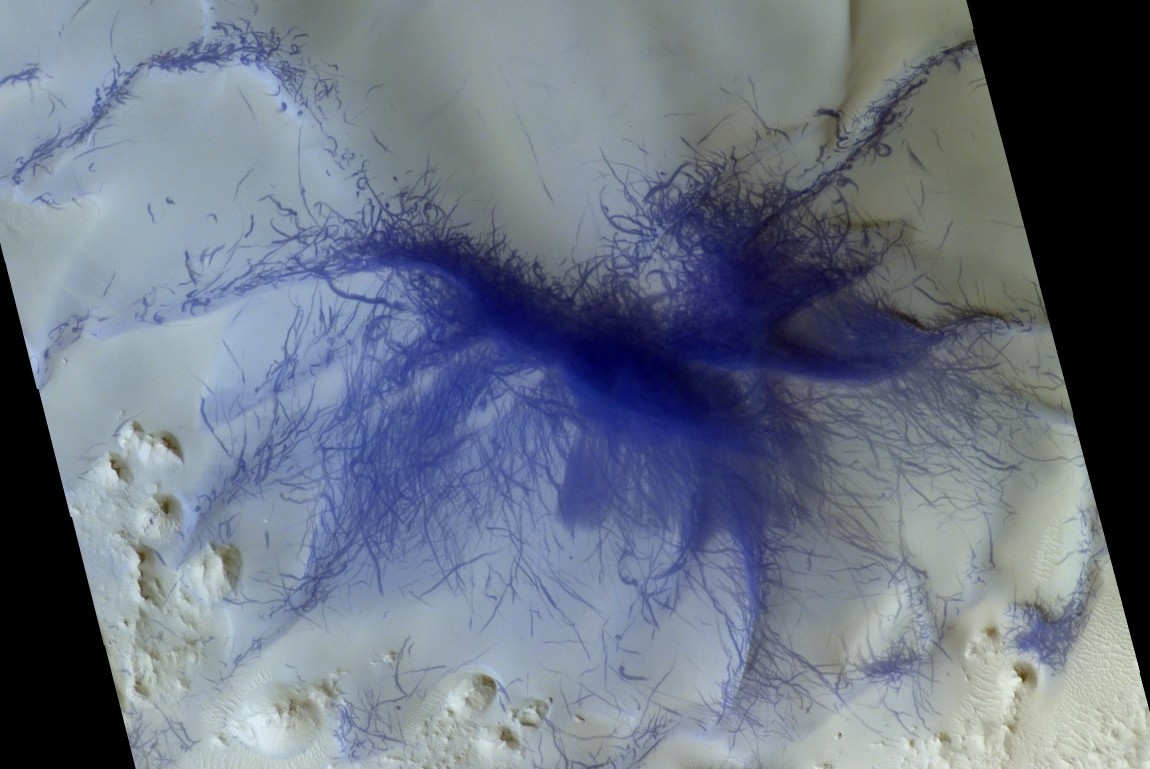 A color-composite image showing track marks left behind by the convergence of hundreds, and possibly thousands, of dust devils on Mars. Image: ESA/Roscosmos/CaSSIS

There are a lot of high resolution pictures from the Mars Reconnaissance Orbiter, or more precisely HiRISE, which show those dust devil tracks.

The dust tracks are easily visible on the pictures therefore:

The colors used in map are likely for illustrative purposes without scienctific meaning as covered in this question/answer. 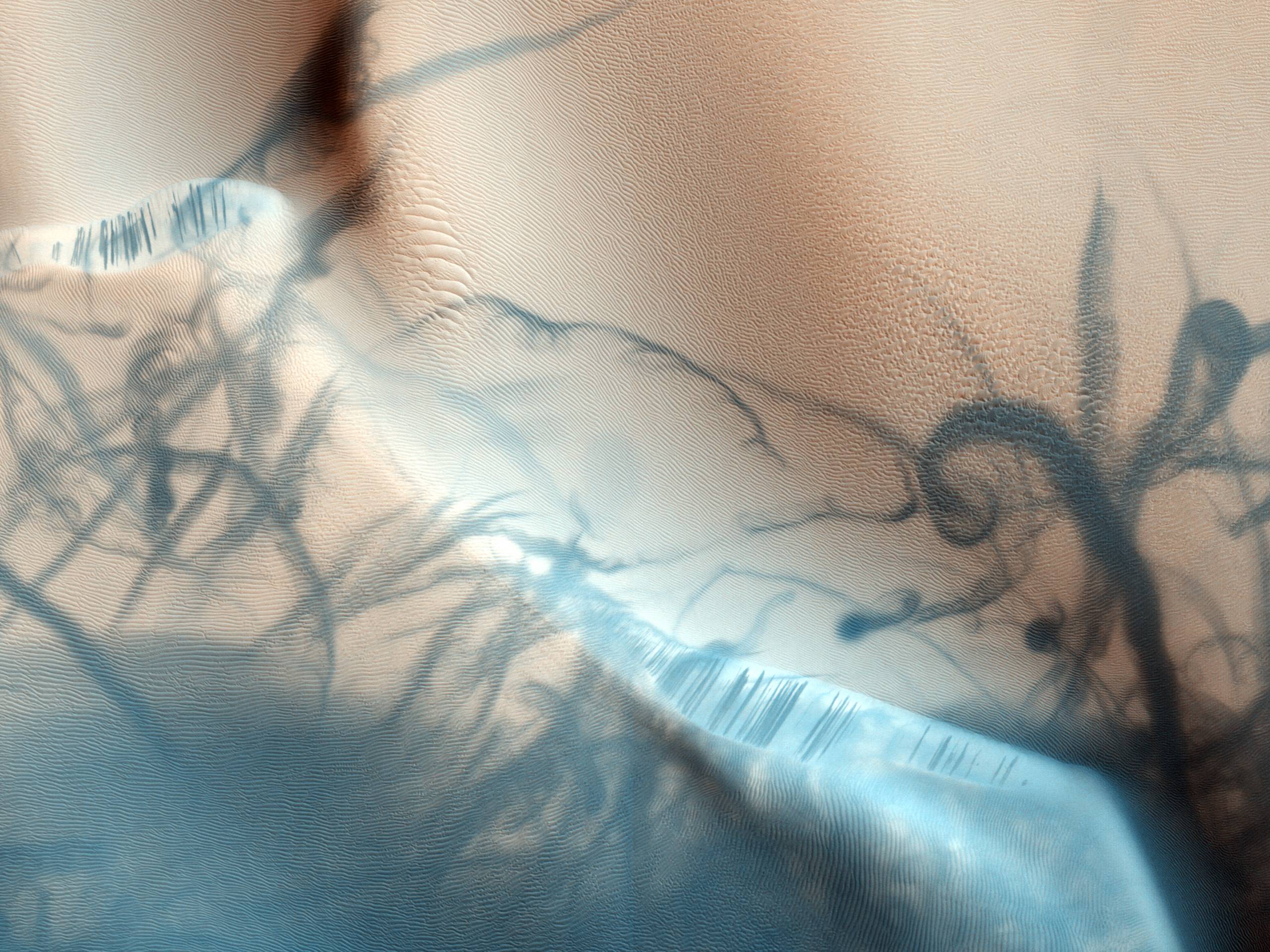 Not the answer you're looking for? Browse other questions tagged mars planetary-science dust or ask your own question.

15
Is the “Mars blue dune” actually blue? And what makes it so?