I'm just thinking about the qualitative and quantitative implications of a hypothetical orbital problem, but what I ended up does not make sense as it should.

In particular, assume that two objects are placed at two close circular orbits, and they are also connected to each other by a rigid tether-like stuff, whose length is $l$, as the following sketch depicts. 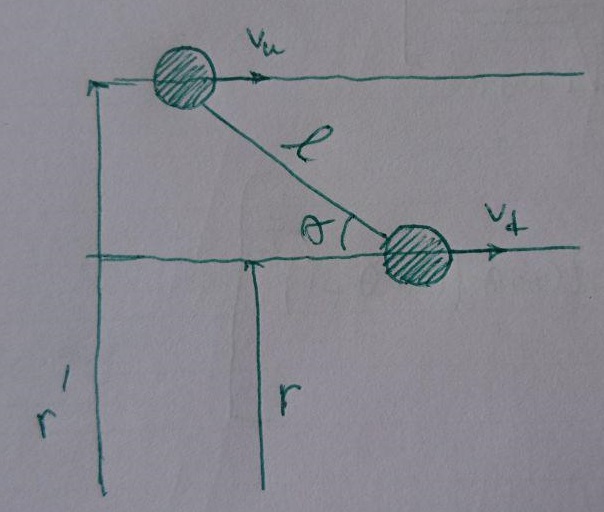 I assume that the distance of the upper (resp. lower) object from the center of the Earth is $r'$ (resp. $r$). What I am interested is the study of the overall stability of this system in view of the overtake rate of the object on the lower orbit (we know that the lower-orbit object is faster, thereby overtaking its peer over the passage of time).

Here is my analysis:

The overtake can be written as

Given the gravitational parameter $\mu$, we have

which end up with

In particular, one obtains

Now, time for numerically integrating the equation above. In particular, the following Python script 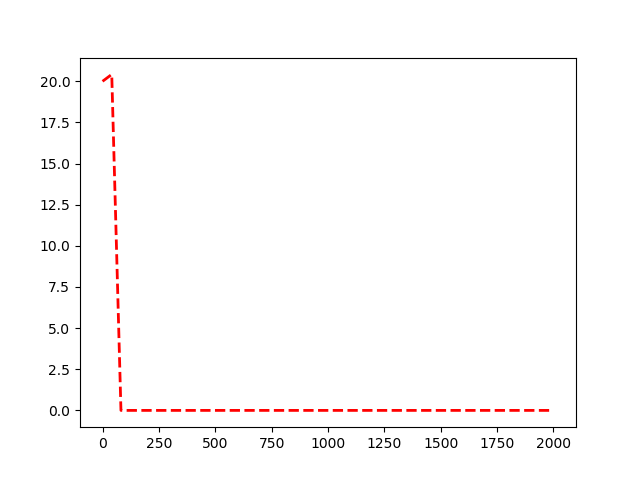 The dynamics look reasonable since one expects that $\theta$ eventually converges to the equilibrium $\theta = 0$. However, that $t$, jumping up and down in the denominator of $\dot{\theta}$, looks pretty weird because it literally implies that the rate of $\theta$ is infinitely large when the system is initiated! Did I mess during my computations?!

Any comments to clarify the situation are highly appreciated.

I'm afraid that your whole approach is wrong due to starting with contradictory assumptions. If the two bodies are connected by a rigid tether, then in general, they will not move in circular orbits, since in addition to Earth's gravity, forces from the tether will act on them. (As uhoh pointed out, there are some configuration where the bodies do move in circles.)

The formulas for $v_d$ and $v_u$ are not correct because the bodies would not in general move in circular orbits.

Not the answer you're looking for? Browse other questions tagged orbital-mechanics orbit orbital-maneuver or ask your own question.

6
Could a satellite in LEO "pump" or change mass distribution to gain forward momentum?

6
Are there any natural circular orbits?
2
Could two planet-like objects be created-as or form a binary pair that orbits something else?
7
Are transfers between two orbits commutative?
14
How to best think of the State Transition Matrix, and how to use it to find periodic Halo orbits?
5
Elliptical orbits transformed to "equivalent" circular orbit
5
Does Kepler's Method for Determining Time of flight between two True Anomalies break down with eccentricities approaching 1?
5
References for constant low-thrust spiral up-coast-spiral down phasing maneuvers for circular and non-circular orbits?
2
How to calculate the velocity vector in the case of a hyperbolic orbit?