Do NASA currently (early 2014) have any development projects for a better space ship?

Is NASA developing a new generation os human transportation ship, or are they doing any kind of research and/or development which final aim is to invent a new space ship model?

If I know well, NASA wants to change the Space Shuttle model into something else, but I'm not sure if are they even working on creating one.

NASA is funding Orion for their program of deep space exploration. 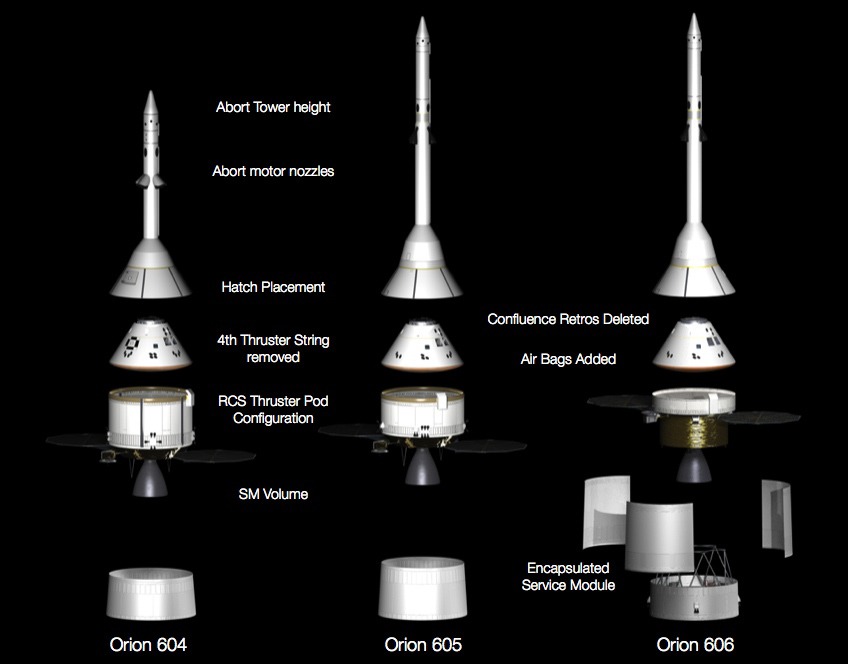 A 4 person capsule designed for deep space missions (Beyond Low Earth Orbit) service module fluctuates between NASA and ESA (based on ATV). It will launch on the Space Launch System, a vaguely shuttle derived booster, that is set to fly once every 2 to 4 years, so is likely to not succeed. 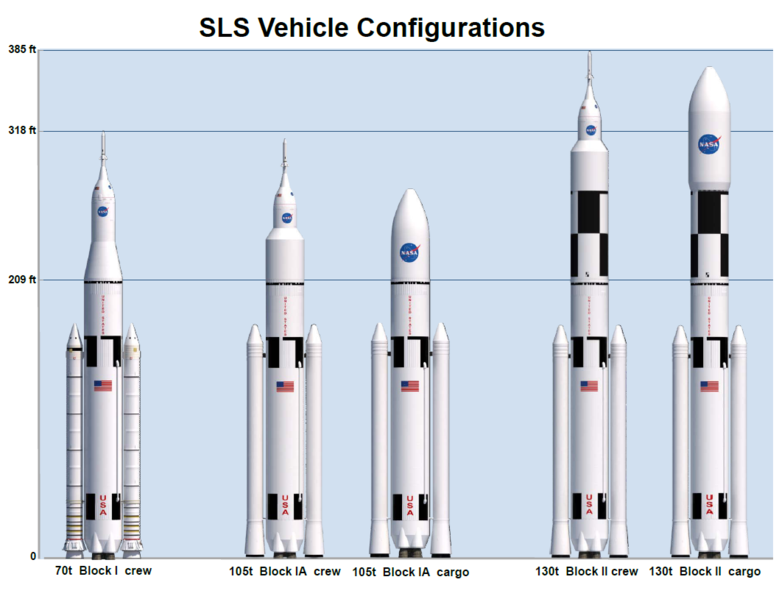 NASA is also funding the CCiCAP program, in which private companies design spaceships on which NASA will purchase seats (as opposed to Orion, which will be owned and operated by NASA). These ships are mostly designed to service destinations in LEO (Low Earth Orbit) like the International Space Station and potential future commercial space stations, such as the ones being developed by Bigelow Aerospace.

SpaceX with DragonRider (maybe to be called Dragon 2.0) is probably the leading contender, since the launcher (Falcon 9) and the basic capsule design (Dragon) have flown a number of times now. (F-9 8 times, Dragon 4 times) 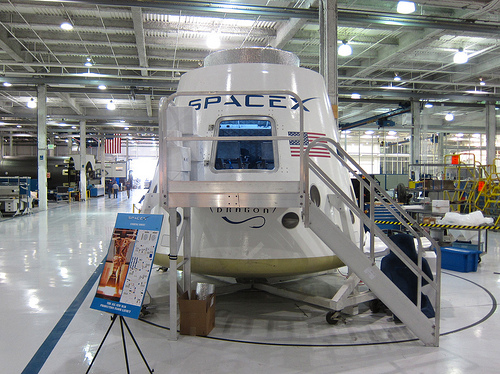 This is a vertical take off capsule, on a potentially reusable booster (Falcon 9-R) that will land propulsively on land. It will carry a crew of 7.

Sierra Nevada Corp (SNC) with Dream Chaser is the only horizontal lander in the bunch launching atop an Atlas 5 402 booster. (It is worth noting, the 402 variant has never flown. The 4 means 4 meter fairing, 0 strap on boosters, and 2 RL-10 engines in the second stage. The 401 variant has flown more than 20 times, but never the 402 variant). They have test dropped a full scale model, which executed the landing approach perfectly, but one of the landing gear did not deploy, so on landing on a runway it flipped over. The landing gear were not the ones they intend to use for real, it was a temporary stand in just for this test. 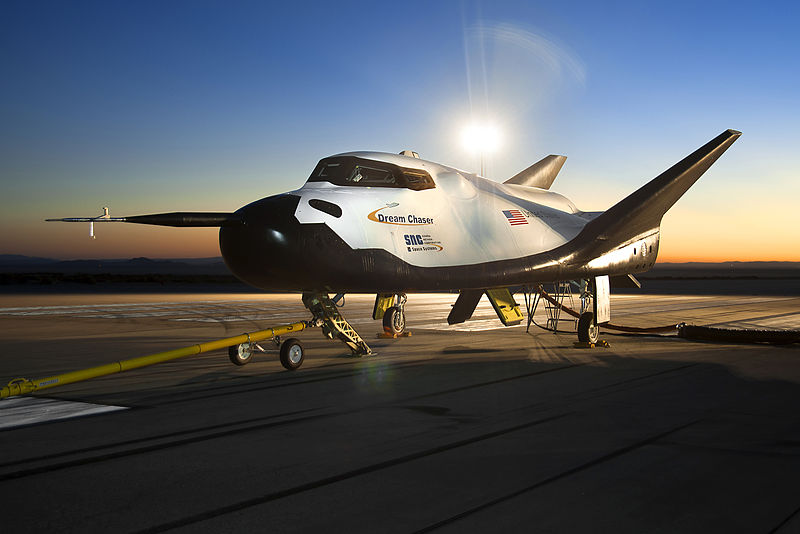 Boeing is developing the CST-100, a 7 person capsule design, launching on a Atlas 5 401 variant, and landing using parachutes and air bags on land. They have tested air dropping a capsule to land by parachute and air bags. 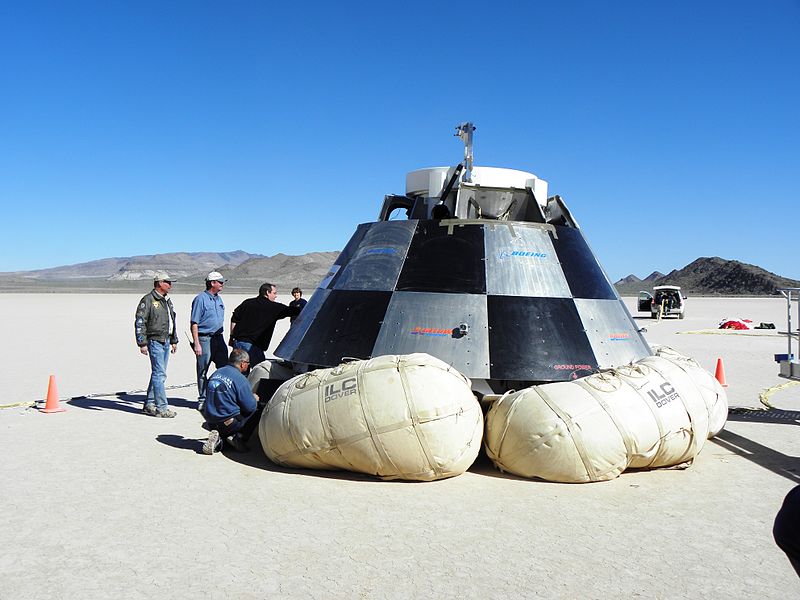 Blue Origin was funded during an earlier portion of CCiCAP (known as CCDev), proposing a "biconic" capsule which would land vertically, but would generate some extra lift on descent, providing a smoother ride for the occupants. Initially they planned on an Atlas V as well, but they intend to build their own reusable launcher at some point. Their vehicle is shrouded in mystery with very few reliable details available at this time. They also did not submit a proposal for CCiCAP, so they are effectively out of the running for the near to medium term.

Not the answer you're looking for? Browse other questions tagged nasa space-shuttle spacecraft-development humans or ask your own question.

13
What eventually killed the Augustine Commission Report Option 4B, Directly Shuttle-Derived Heavy-Lift Launch Vehicle, a.k.a. DIRECT?
3
What is the US government's long term vision for space development and exploration?
9
Will any of the COTS providers be able to perform expedited rendezvous with the ISS?
15
NASA cost estimating and Falcon 9
8
Why did NASA design the SLS do the job of both the Ares I and Ares V?
7
How might excluding the UK from Galileo set the European programme back years and cost the EU billions?
3
Differences in NASA long term human space exploration since 1989?
3
Will NASA put astronauts into a polar lunar orbit? If so, how?
15
Why are checklists the way they are?
4
How does the Commercial Crew Program differ from the way NASA's previous crewed systems were developed and operated?