Recalculate Orbital Elements after a ΔV

I would like to write a program able to simulate a keplerian orbite given an initial position and velocity (r0, v0) and able to manage accelerations in different directions.

To simulate the orbit, I use the expressions given here and manage particular orbits (without inclination, circular ...). The algorithm is quite simple :

All orbits are perfectly simulated.

Problems come when I try to apply a ΔV to my satellite : during the main loop, I just modify the velocity and recalculate all orbital elements as if the actual r and v were initial position and velocity. Then, the upper algorithm is followed again.

Maybe I'm missing something silly, but it doesn't work at all : when I recalculate the orbital elements and relaunch the algorithm, my satellite abruptly changes its position and follow a new orbit.

Is my way to "simulate" the acceleration bad or am I just missing something ? 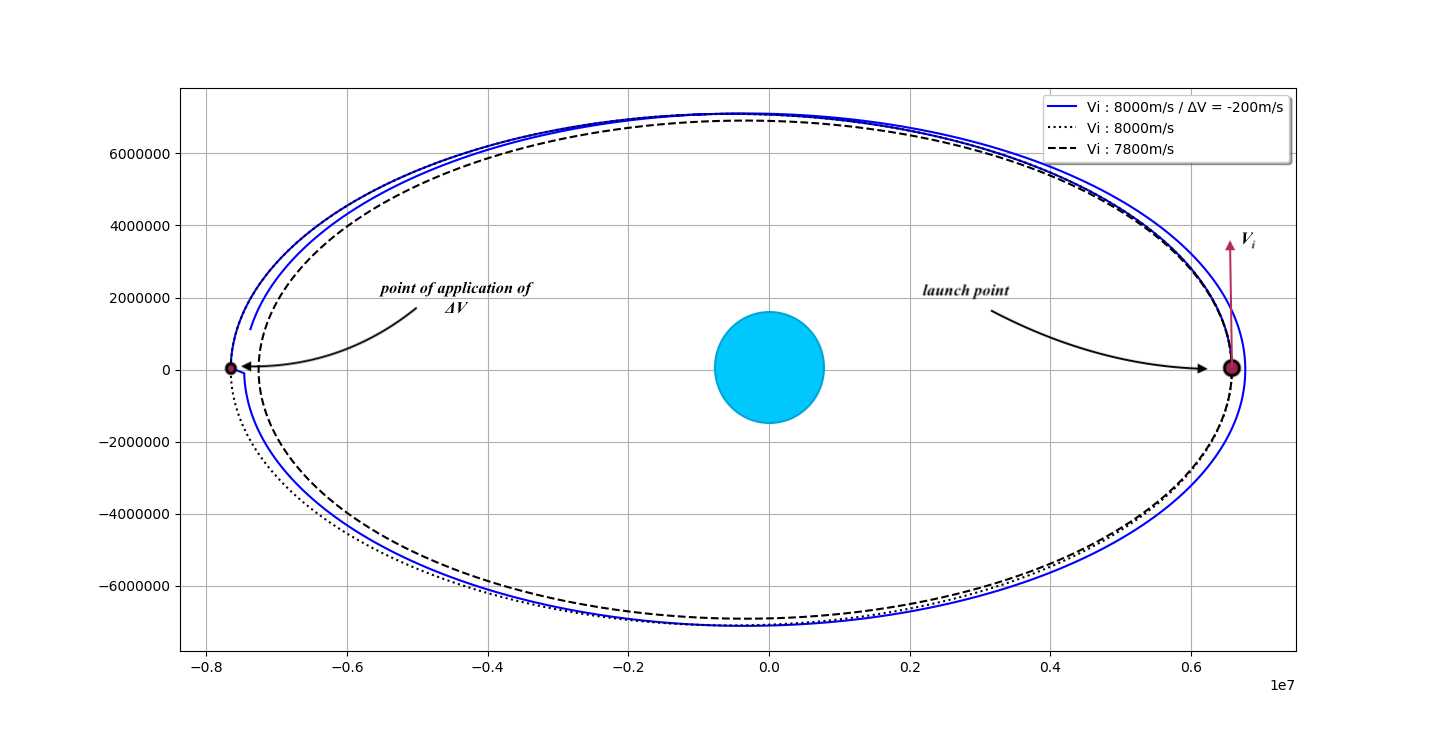 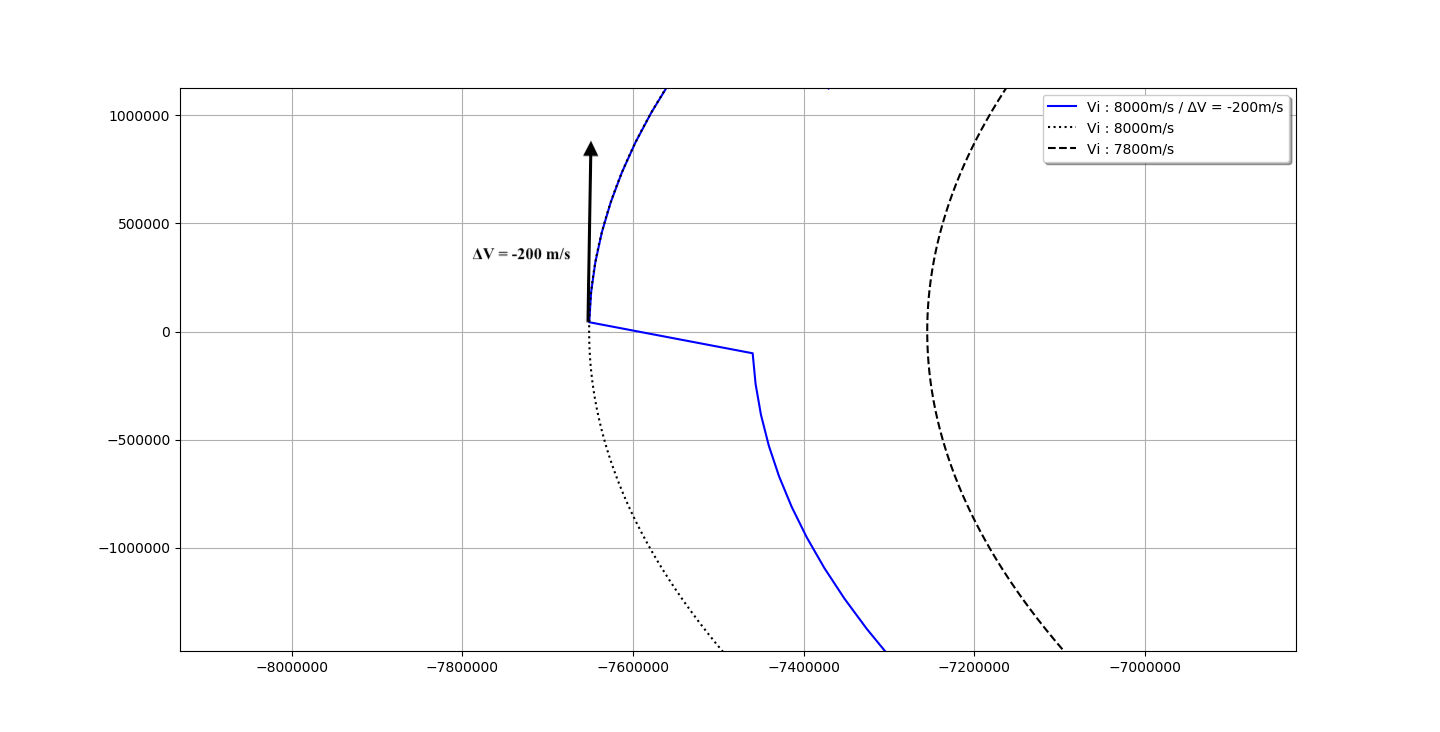 Browse other questions tagged orbit spacecraft simulation or ask your own question.