Where exactly on Mars was Curiosity when this image was taken?

The BGR article NASA’s Curiosity rover saw something flash on Mars, and people are freaking out is one of many nearly identical clickbait articles about a recent image that contains a bright spot.

None of them I looked at so far indicate where curiosity was exactly or which way it was pointing, but the image in the BGR article does link directly to a JPL repository of images: https://mars.jpl.nasa.gov/msl-raw-images/proj/msl/redops/ods/surface/sol/02438/opgs/edr/ncam/NRB_613927069EDR_S0760832NCAM00595M_.JPG and it looks like sol 2438 so it shouldn't be too difficult to track down.

Question: Where exactly was Curiosity when this image was taken and in which direction is this bright spot? Is it possible to estimate where a shiny rock would be to produce this spot if it turns out to be a reflection?

I have a hunch that it's not going to turn out to be a rock at all: 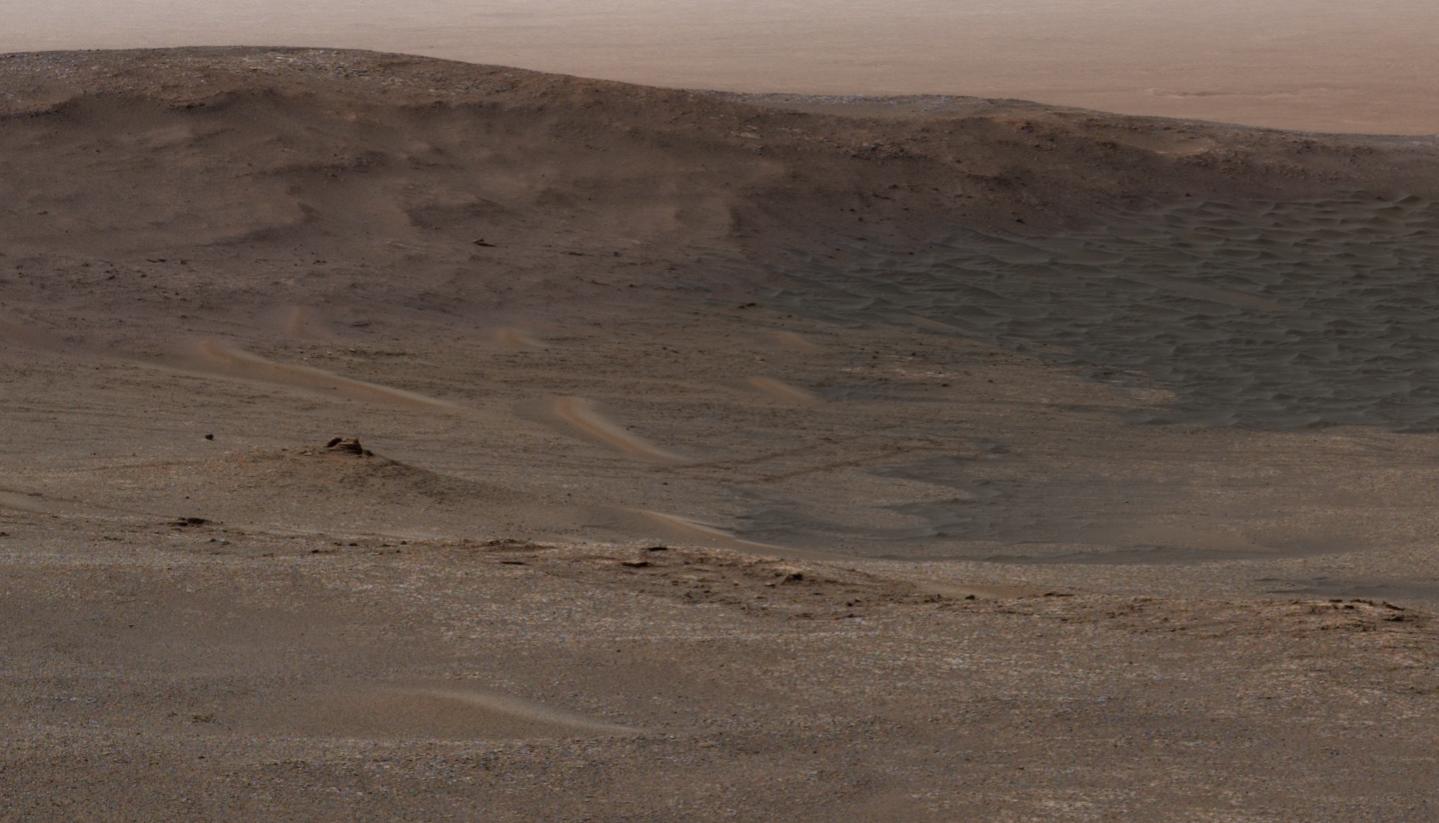 When you look at the features on that part you can see they resemble those on the image with the bright spot, which would have been near the upper right corner.

The image below is also part of that panorama image, showing the 90$⁰$ turn to the left that Curiosity made, the starting point on sol 2436, from where with 2 straight drives it reached on sol 2438 the location where the panorama view was captured on sol 2440. 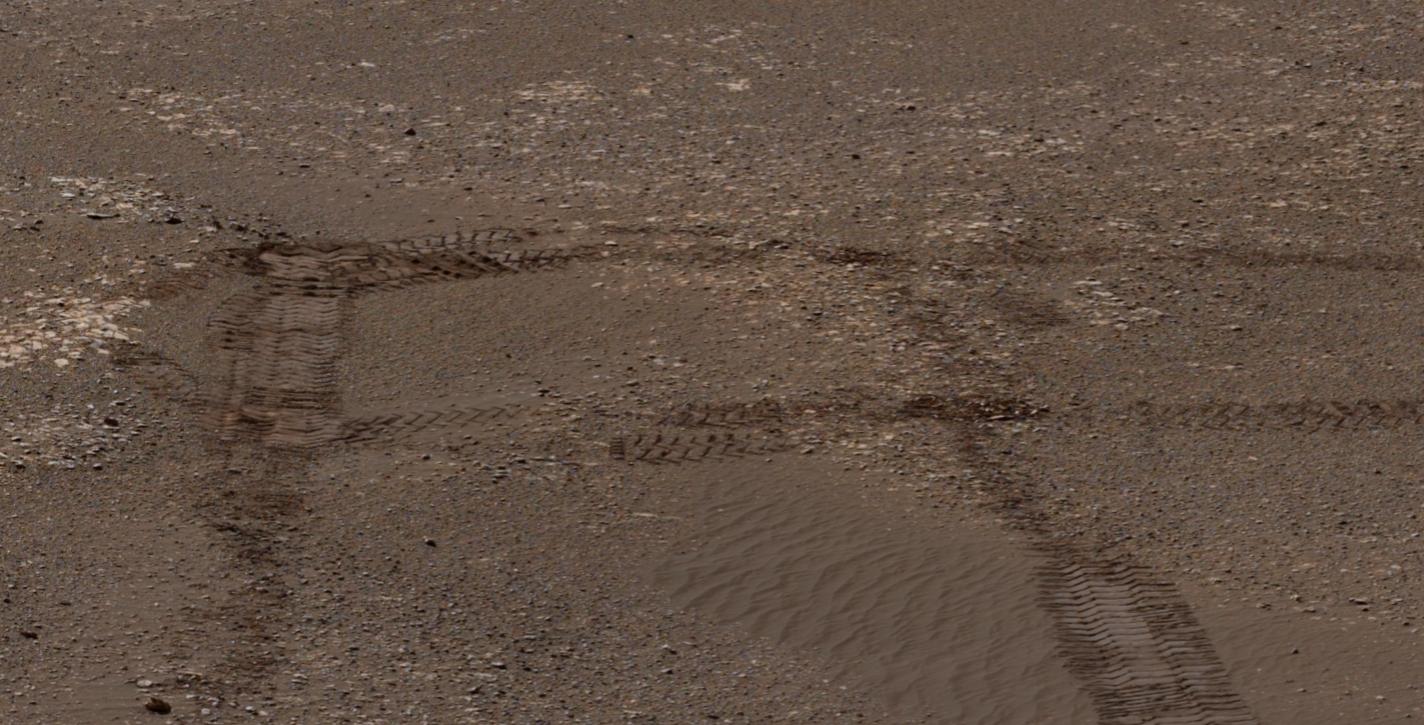 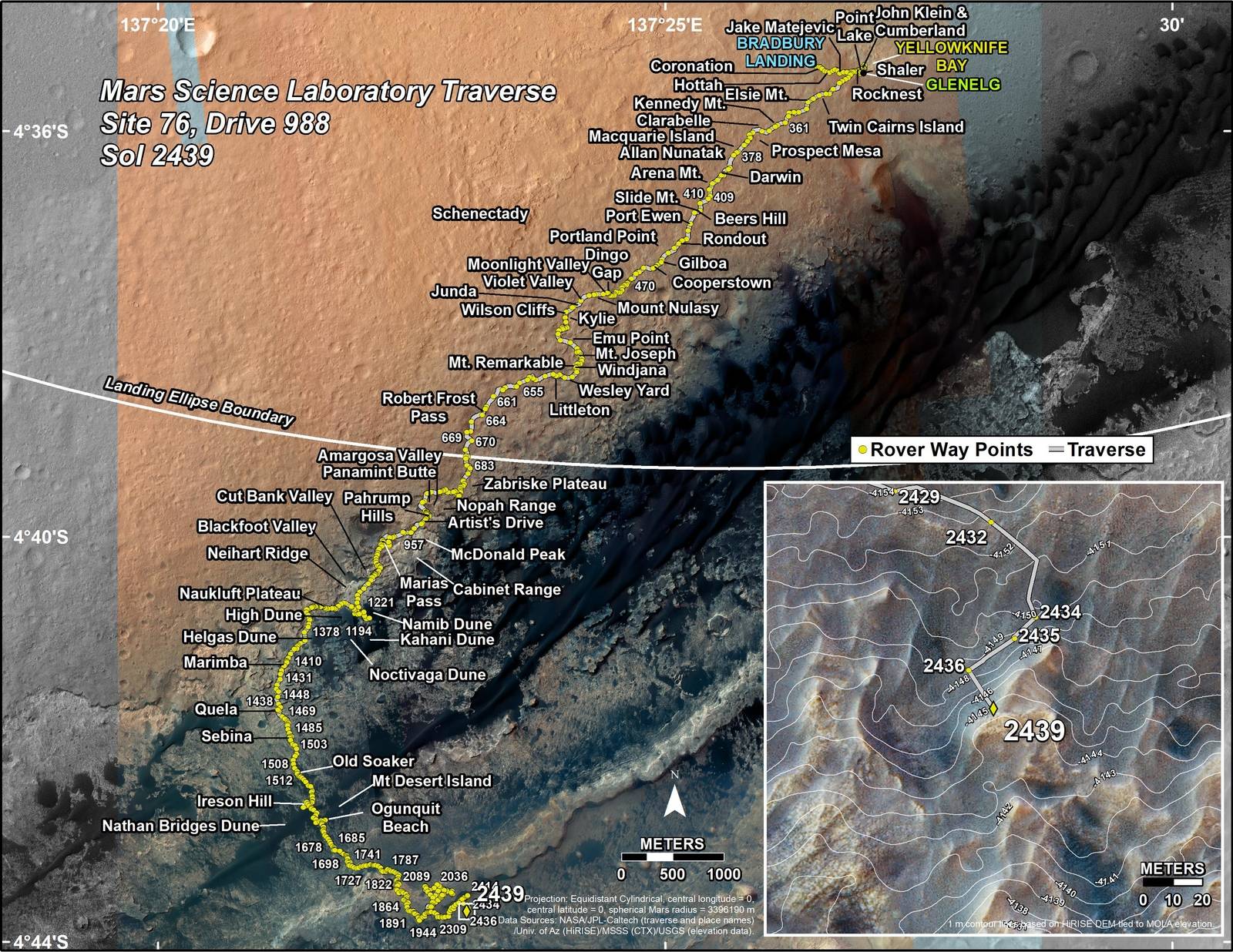 On the traverse map above you can see the turning point of Curiosity on sol 2436, so the bright spot would have been somewhat right of the direction to that point from the location where the panorama image was captured.

So the bright spot was somewhere on the plain behind the Vera Rubin ridge, which can be seen on the traverse map also, in the direction of Peace Vallis, north by north-west.

Not the answer you're looking for? Browse other questions tagged mars rovers imaging curiosity or ask your own question.

11
Does NASA have any plans for future Mars rovers after Curiosity?
59
Curiosity: Why did they "reinvent the wheel" instead of using pressure tires?
4
Mars Pictures Taken By MOM
9
How was this image of the sun taken and what does it show?
12
Who decides where Curiosity goes?
20
Curiosity is still dirty! How will the ExoMARS Rover keep its solar panels dust-free and collecting sufficient power?
6
Who discovered "Egg Rock"? The Curiosity rover or people?
3
What causes Hyabusa-2's close-up images of Ryugu to be dark in the corners?
9
During the MSL (Curiosity) Mars atmosphere entry, when was the last time the Reaction Control System used?