How will the RADARSAT Constellation Mission (RCM) satellites achieve their final orbital spacing?

The informative page shows that the RCM satellites are intended to orbit as follows:

Sun-synchronous circular orbit (dawn-dusk mission), nominal altitude = 592.7 km, inclination = 97.74º, period = 96.4 minutes. The three spacecraft will be spaced at equal distances on the same orbital plane (120º apart) with a repeat cycle of 179 orbits/12days. The orbit selection allows revisiting the same area for coherent change detection every four days, which should enable a whole suite of interferometric applications.

The satellites will be equally spaced in the same orbital plane, following each other with a time separation of ~32 minutes. 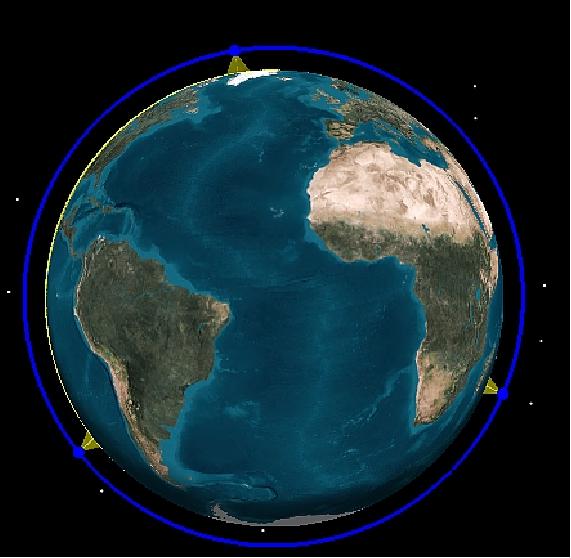 Since the satellites were deployed in a single launch as asked about in this question Why does the F9 second stage roll back and forth during deployment of each RADARSAT satellite?, how do they achieve this orbital spacing?

I'm looking for an authoritative answer backed up by references, not speculative "probably" or "potentially" worded answers.

4
Rocket to launch 8 cubesat to LEO at an equidistant distance
8
Why does the F9 second stage roll back and forth during deployment of each RADARSAT satellite?