Did the Falcon Heavy center core miss the drone ship or abort?

On the recent Space Test Program-2 Falcon Heavy launch, the center core crashed into the ocean. Unlike the test flight, however, it was not due to running out of TEA-TEB lighter fluid. 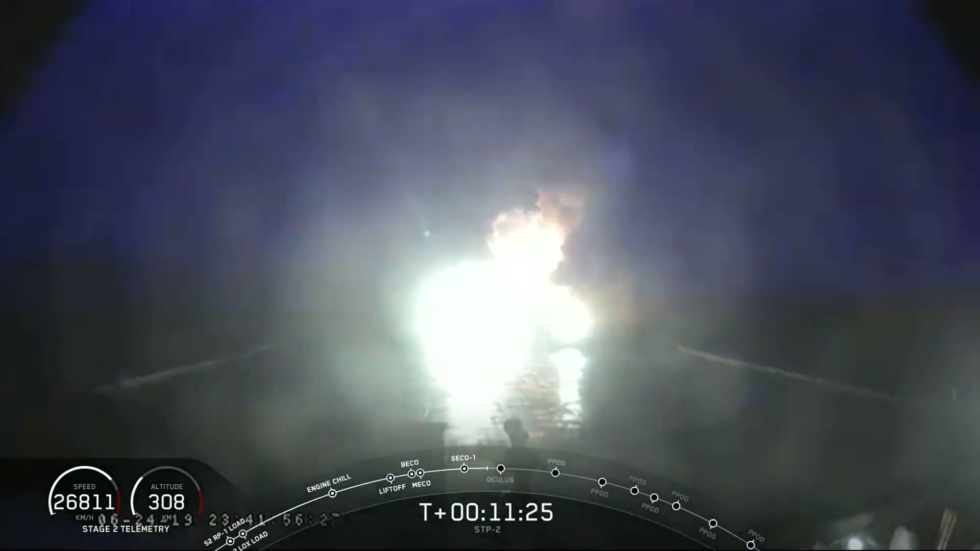 From the video it initially looked like it was on-target, but then it looks like it veers off just before the crash. Was that intentional?

The landing approach for land and drone used by SpaceX targets a safe location, NOT the actual landing location for almost the entire landing event.

It is only in the last few seconds, when the computer decides all is well that it diverts to actually hit the proper landing spot.

This makes perfect sense. Aim away from your valuable landing location, until you are confident all is going well, and only then move over to land.

You can see this in almost most ASDS landing videos where there appears to be a significant divert right near the end. I am not sure why, but it seems less obvious on land based landing. I wonder if it is camera angles?

In the case of the 3rd Falcon Heavy mission, the center core came in hotter than it could handle and melted away it protections (Titanium base and engine insulation) which caused issues with the engine Thrust Vector Controls as Elon Musk tweeted.

Thus it was not able to divert back, nor did the computer allow it.

Similarly the failed landing of the first Falcon Heavy center core ran out of ignitor fluids (TEA-TEB) so it did not divert to land and slammed into the water at high speed.

Thus the actual answer is to the question is both are correct. It was never targeted to hit it and since it was not a healthy booster it never diverted to land.

Not the answer you're looking for? Browse other questions tagged spacex rockets falcon-heavy failure recovery or ask your own question.