Did the Shuttle payload bay have illumination?

There were metal halide floodlights in the payload bay floor and one on the forward bulkhead pointing towards the bay.

There were generic flight rules about use of the lights and flight-specific rules if the lights were blocked by payloads in the bay.

An example of flight-specific PLB light rules from the STS-88 Flight Requirements Document.

Here is a diagram of the PLB lights from the crew operations manual: 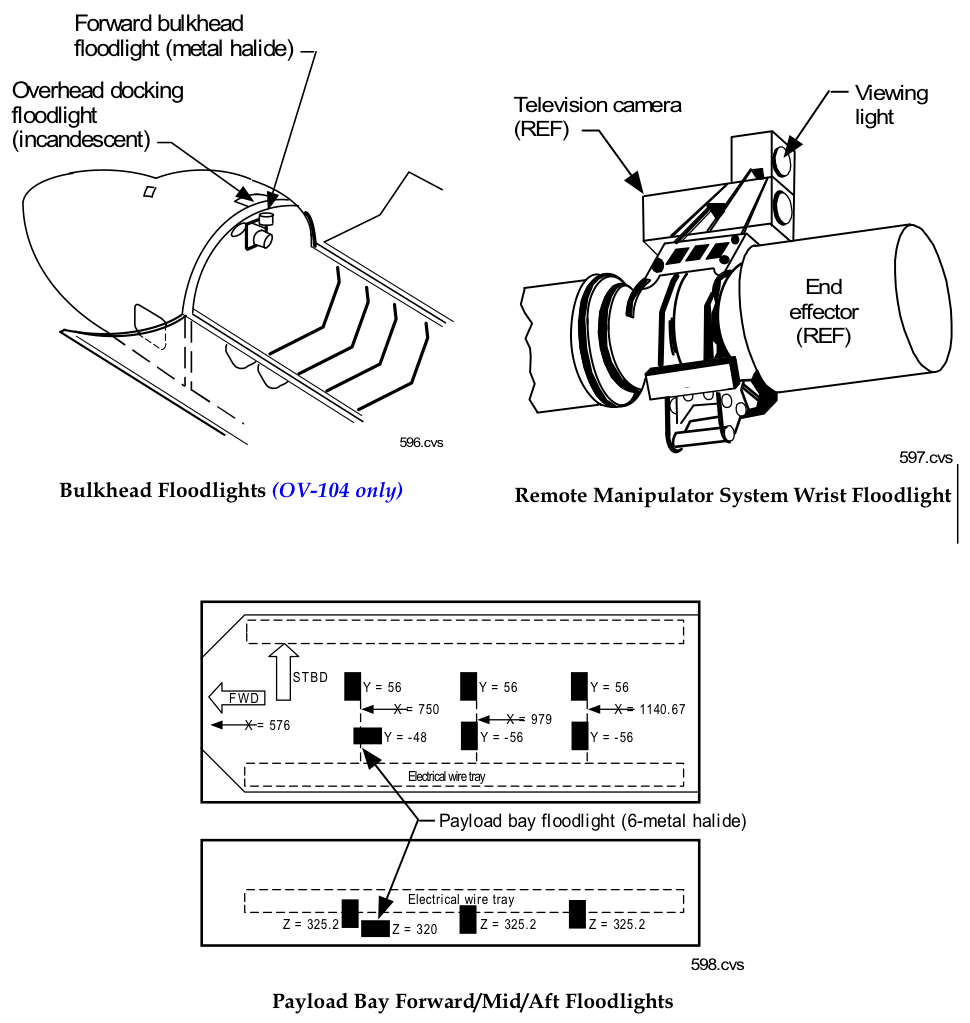 Here is a video of the payload bay doors being opened during orbital night during STS-81. One of the forward PLBFLs is on, illuminating the scene.

1
Have optical zoom systems been used in space exploration?

16
Could the space shuttle be permanently left in orbit as a space station?
7
What effect (if any) would leaving the cargo bay doors open have had during a shuttle reentry?
9
Building space stations with the original, smaller shuttle
12
Was there any period of time when other U.S. launchers were abandoned in favor of the Shuttle?
6
How was the Space Shuttle boat tail transported back to the west coast?
4
Were the landing gear doors closed during the Approach and Landing Tests?
3
Was there a mechanism to vent fuel cell reactants on the Shuttle orbiter?