How was the Shuttle loaded and unloaded from its carrier aircraft?

The Space Shuttle was ferried to various locations by the Shuttle Carrier Aircraft. How was the shuttle put on and taken off the SCA?

(Previously mentioned in this comment but never asked or answered directly.)

Pictures would be nice.

The loading / unloading fixture was called the Mate / Demate Device. There were permanent ones at Kennedy Space Center and at Edwards Airforce Base (the nominal Orbiter landing sites). 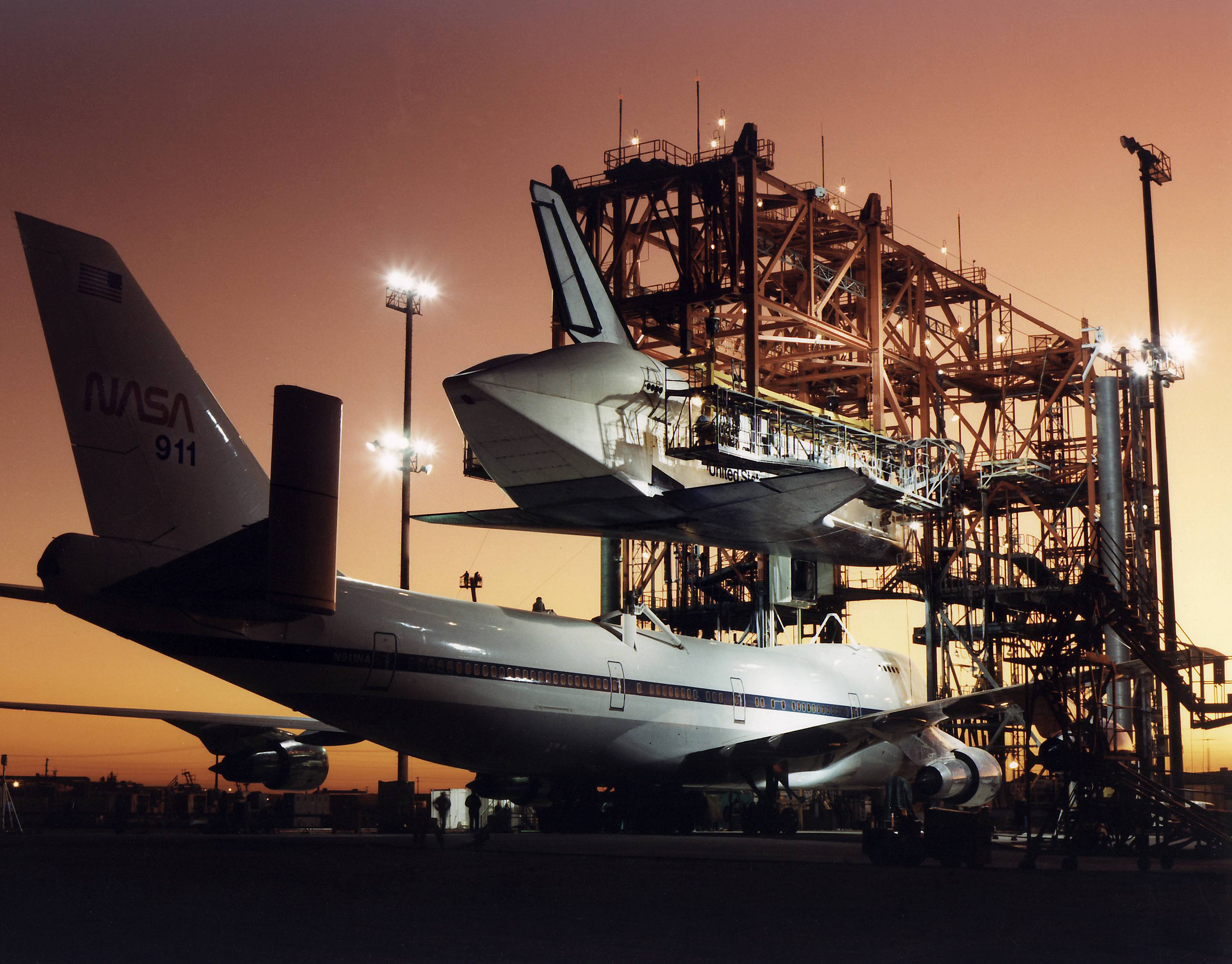 There was a third device, somewhat different in appearance, the Orbiter Lifting Fixture (OLF). This was used at at Palmdale (where the Orbiters were built) when they went back there for major mods and maintenance. Here's a small picture of the OLF from spaceflightnow.com When the major mod work was moved to KSC, this was eventually torn down. 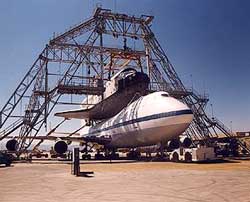 There was also a Mobile Mate-demate Device, basically just a strongback which could be used with normal cranes and would have been used if an intact ascent abort (or emergency deorbit) had ever left the Orbiter at an unusual runway. This device ended up being used in the process of moving the Orbiters to museums.

Here is the mobile device being set up to be used by cranes, it's the yellow rectangular frame. 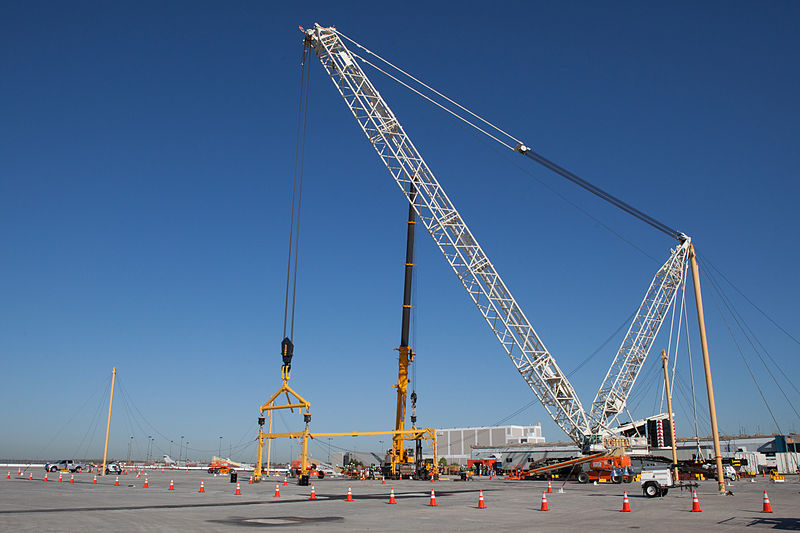 Here it is in use. 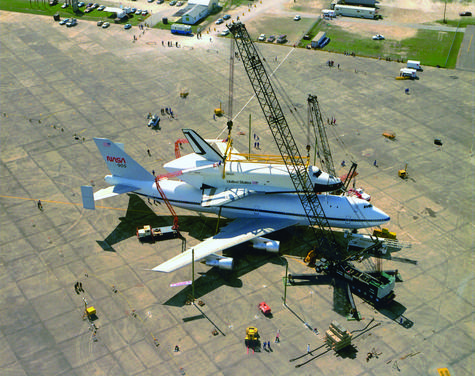 The Orbiter interfaced with all these devices through four rather inconspicuous "hoist attach points" (red arrows). 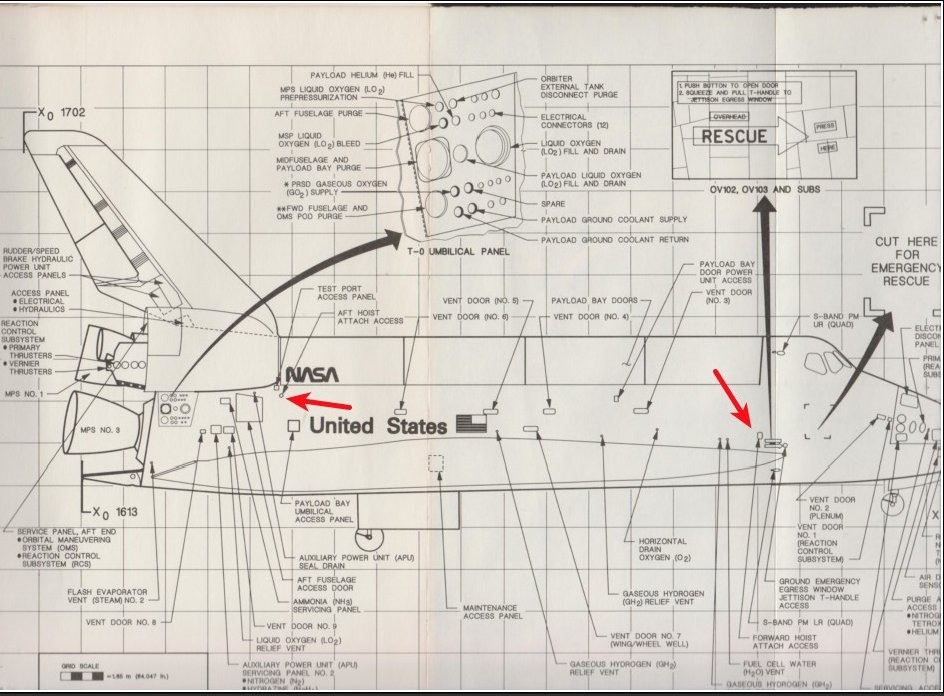 101
Is this "Attach Orbiter Here / Note: Black Side Down" sign on the Shuttle Carrier Aircraft real?
24
How would the space shuttle have been retrieved following a TAL out of Vandenberg?