When landed on the moon, the ladder seems to be in the shadow for each Apollo mission.

For example, on this photo, the ladder is not in the side exposed to the Sun. (the astronaut go out of the LM in the shadow of the LM).

Why did the NASA choose to land the LEM in that direction (exit (and the ladder) in the shadow of the LM)? 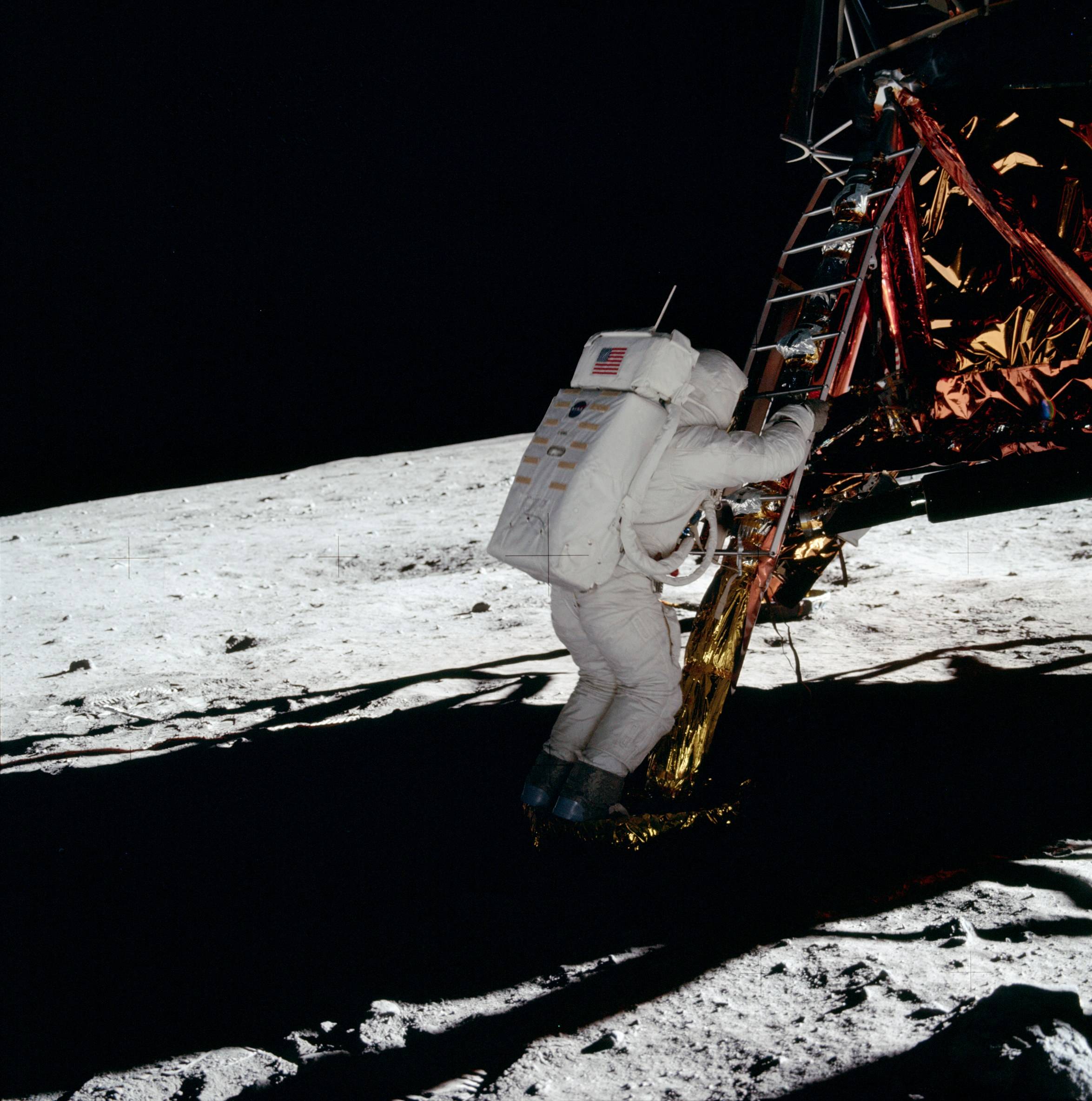 All the lunar landings were performed with the sun low in the sky behind the LM, between 5º and 14º above the horizon at the landing site. This provided several advantages:

The descent ladder, being on the front leg of the ship, was therefore always in shadow after touchdown.

Not the answer you're looking for? Browse other questions tagged lunar-landing lunar-module or ask your own question.

21
Why did Apollo 11 land at the sea of tranquility?
15
Importance of moon phases for Apollo missions
1
How was a safe tilt angle ensured for liftoff of the Apollo LM?

22
Is true that Armstrong was not designated as first to walk on the moon?
13
Have there been any photos taken of a total Earth-Sun eclipse from the Moon, or its vicinity?
2
Why does the side of the LEM look almost black in this photo? Did that cause problems?
20
How did Apollo-12 manage to land next to Surveyor-3? First “Space-Tourists”?
6
Any potential downside to throwing personal life support out the door on the Moon?
13
What colors were used in the Apollo Lunar Module interior, and why?
34
Was there a technical reason why Apollo 10 didn't land on the moon?
27
What were the problems on the Apollo 11 lunar module?
12
How were the LM astronauts supported during the moon landing and ascent? What were the max G's on them during these phases?
23
Why is the Apollo LEM ladder so far from the ground?