To which ISS astronaut(s) did Trevor Noah speak?

In the Tonight Show with Jimmy Fallon video Trevor Noah Spoke to Astronauts in Space at NASA after about 02:10, talk show host, author and comedian Trevor Noah described touring NASA (Texas) and speaking to one or more astronauts on the ISS via voice link.

Has it been made public when this was, and with which astronauts he spoke?

The Orion Project's Twitter feed (at Johnson Space Center) posted a picture of Noah on June 22, 2019, approximately four days before the Tonight Show clip aired. He was on tour and had a show in Houston that evening. He also was in Fayetteville, Arkansas for another show the previous evening, so it seems likely that his visit was actually on the 22nd and not prior.

At the time, Expedition 59 was on board, and it was comprised of six astronauts:

It happened on June 22rd of this year based on the clock in the background - GMT day 173. Legendary GC William Foster took this picture during the event.

You can see astronauts Koch, McClain, and Saint-Jacques aligned one way, and Hague the other way. (note - ID of the males tentative! Based on looking at the crew photo here ) 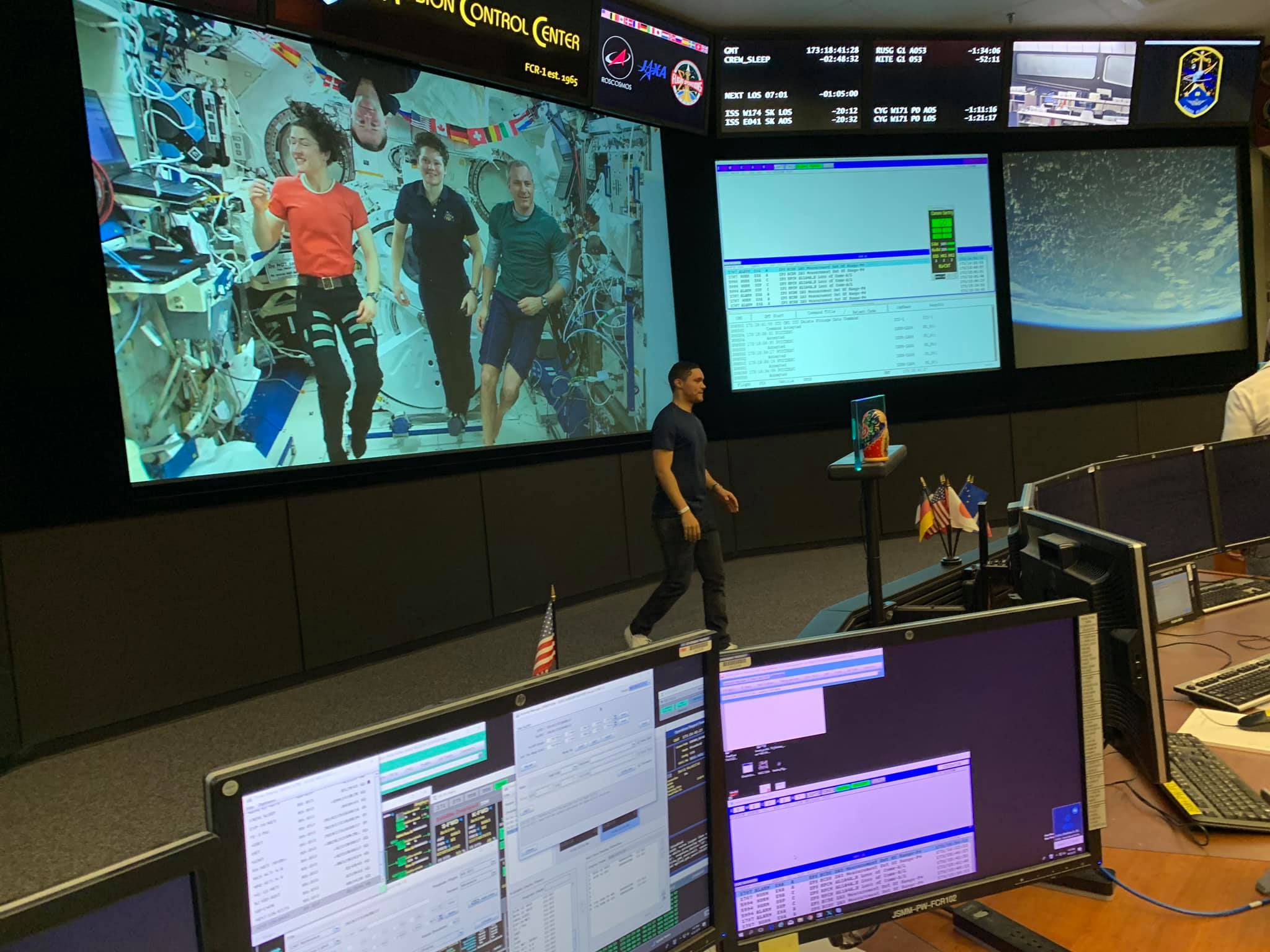 Not the answer you're looking for? Browse other questions tagged astronauts public-involvement or ask your own question.

19
How many astronauts have had spiritual experiences while in space?
7
How many earth stations had astronauts on-site during John Glenn's orbit in Friendship-7?
6
How did astronaut Ellison Onizuka's words end up in my passport?
4
Which astronaut boots might it be that inspired Michael Jackson's patent?
3
What exactly makes it difficult for astronauts to walk immediately after landing after extended stays in space?
7
What protocol is in place if an astronaut kills another astronaut in or around the ISS?
5
What is the procedure for scheduling on the ISS if an astronaut oversleeps?
25
What happens to astronaut sweat on the ISS?
9
How do I get an astronaut to do my science in space?