Why put X-ray telescope Spektr-RG/eROSITA all the way out at Sun-Earth L2?

The spacecraft will enter an orbit around the Sun, at the L2 Lagrangian point, about 1.5 million kilometers away from Earth, with the Earth shading it from sunlight. That operation will take three months, during which the payload will be checked out and calibrated. The next four years will be spent performing eight all-sky surveys. The three years after that are scheduled for observations of selected galaxy clusters and other objects of interest.

Gunter's Space Page for Spektr-RG (SXG) says instead that it will be in a halo orbit around SE-L2:

...SXG will be in a halo orbit around the Lagrange point L-2.

Spektr-RG will next navigate to a stable orbit in space called a Lagrange point (specifically, L2), where the gravitational forces of two large objects — in this case, the sun and the Earth — balance each other out. This location will allow Spektr-RG to perform its observations while using a minimal amount of fuel.

[...]The observatory includes two X-ray mirror telescopes, called ART-XC and eROSITA. ART-XC (a Russian payload) will examine the higher energies of X-rays, up to 30 keV, while eROSITA (Extended Roentgen Survey with an Imaging Telescope Array) is optimized for an energy range of 0.5 to 10 keV. 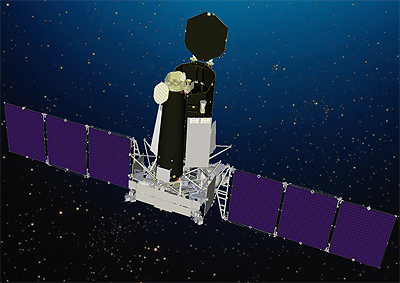 eRosita is on its way to an elliptical orbit around L2 (with L2 in the centre of the ellipse).

Taking a look into the eventful history of the project which now became eRosita, it is interesting to see that a very different orbit was first planned. The history of eRosita goes back to ABRIXAS, an X-ray satellite which was launched but could never be put into operation due to technical problems. To replace this satellite, plans for the ROSITA telescope evolved. This telescope was planned to be mounted to the ISS and use a very similar design as ABRIXAS, but closer investigation relieved that the location would not be suitable for the telescope. Not giving up on the idea, the next design study was DUO, a cooperation with NASA, which was basically the ROSITA telescope mounted onto a LEO satellite, but this remained in the design phase. Finally an extended version of these ROSITA plans (eRosita) was realised together with Roskosmos. At first this was also planned to have a LEO, but in 2008 this was changed into a L2 orbit for "due to space flight related reasons"

Advantages of the new orbit:

Disadvantage of the new orbit:

(the above paragraph is summarised from https://www.imprs-astro.mpg.de/sites/default/files/Muehlegger_Martin_2010.pdf, see the linked pdf for more details)

Peter Predehl, the scientific Director of eRosita named the following main reasons for the L2 orbit in an interview:

There are three main reasons for this:

37
Why should the James Webb Space telescope stay in the unstable L2?
17
Are some Halo Orbits actually Stable? (stable orbits about unstable Lagrange points)
1
Did ISEE-3 spend a few years in a halo orbit around sun-earth $L_1$ without using any fuel?
1
Why has the Earth-Sun libration point L1 been chosen over L2 for NEOCam (now NEO Surveyor) to detect new NEOs?
4
Could a radio telescope orbit Earth-Moon L2 so that it is in the Moon's radio shadow?
6
Why put DSCOVR in a Lissajous orbit? Wouldn't a halo orbit completely avoid the Sun exclusion zone?
4
Can mascons have Lagrange-like points? In principle? At the Moon?
5
Is L2 at a distance where the Earth totally eclipses the Sun?
2
Code to generate Sun-Earth L2 halo orbits for given epoch?
18
Is there something inherently more difficult about servicing satellites in the 2nd Sun-Earth Lagrangian point?