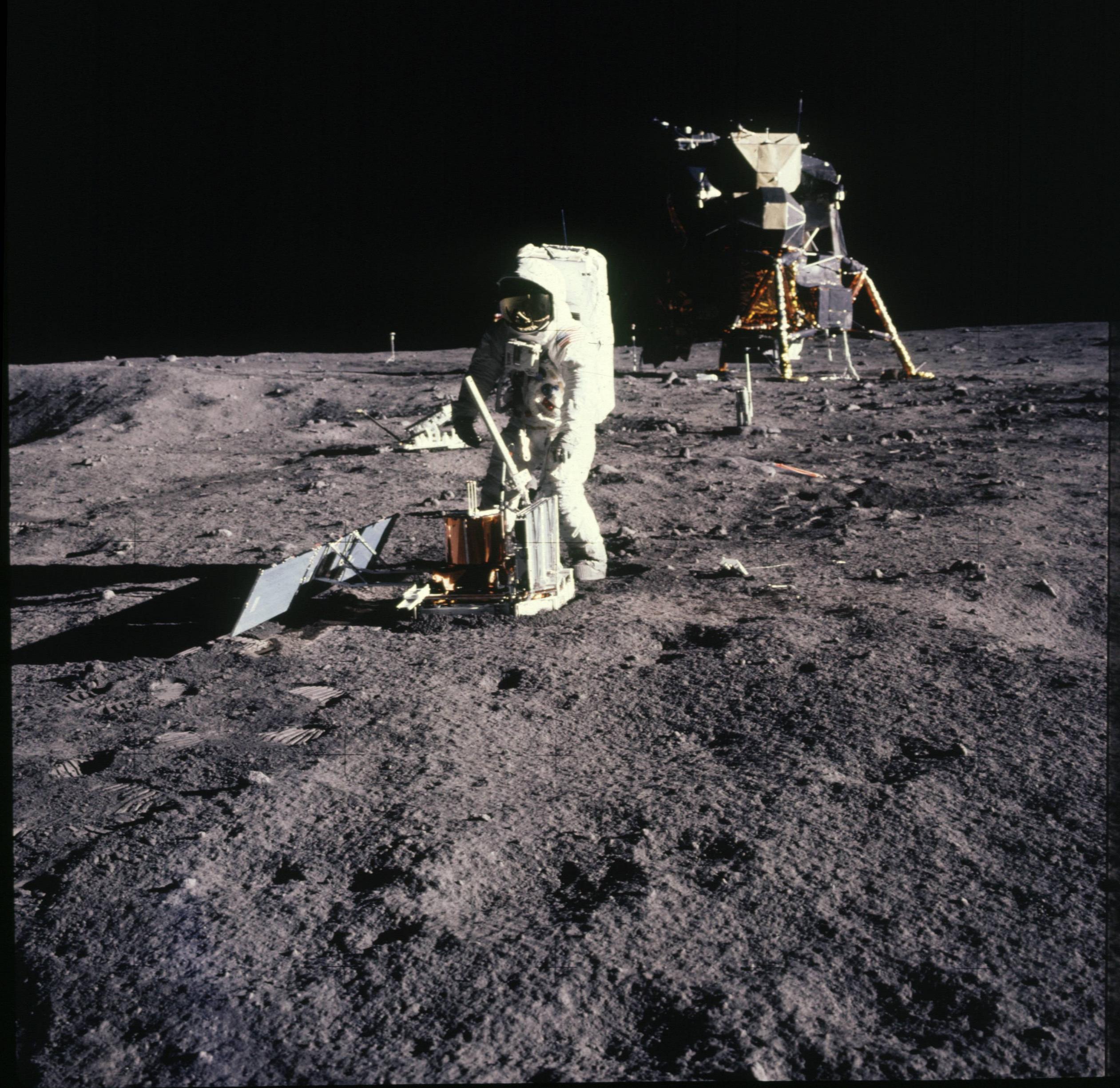 On the moon, there is no air, so in some sense there is no temperature above ground. The space suit loses heat via radiation to the dark sky, and gains it by radiation from the sun and the surface of the moon, depending how warm the rock is. But there is no dense mass of atoms bouncing around outside most of the suit that you could take the temperature of.

So instead they measure the temperature of the surface. This matters because it's good scientific information, and it also matters to the astronauts because their boots do touch the surface (I left that out above), but also because the heat radiating off the surface (properly, infrared light) does affect the heating/cooling balance of the suits.

The surface temperature can vary a lot based on being in the light or shade, so it will be an average, but the landing site was pretty uniformly illuminated. If you look at the document referenced in Mark Omo's answer, you will see that the thermometer was above ground and gave the "brightness temperature". I think that is the temperature that you would calculate for an object to produce the amount of heating detected in the thermometer by radiant heating, and I imagine it is similar to what you would get if you stuck a thermometer shallowly into the ground.

8
What is the temperature variation between the lunar day and night on the moon?
8
Might thermal mass, reflective insulation, and limiting light penetration allow heat control on the Moon? (reboot)
6
What was the colour of the shoes used by the Apollo astronauts in moon landing?
7
Why was the Apollo 11 in-flight video better than the moon landing video?
8
Why is the Apollo LM landing gear covered with so much thermal insulation?
5
Why was Apollo 11 launched in summer?
5
How hot was the surface of RTG radiator which powered ALSEP on Apollo-12?
6
What was Apollo "Moon rope" made out of? Was it ever used?