What was the pressure and oxygen concentration used in Apollo space suits on Earth before launch and after closing the suit with helmet and gloves during the transfer of the astronauts to the launch pad and before the suits were connected to the suit circuit of the capsule?

Was a high oxygen flow used to reduce the remaining nitrogen in the suit as much as possible?

What suit pressure was used to avoid a very stiff and inflexible suit when walking or climbing into the capsule? Suit pressure should be a little more than ambient air pressure, but a pressure difference as high as about 0.26 bar as used during EVA was not neccessary.

tl;dr In the ascent config, the suits were pressurized with pure oxygen to slightly above the cabin pressure. During ascent, the cabin pressure dropped from ~ sea level pressure to ~ 6 psia. The suit pressure control system vented gas to maintain the same slight positive pressure.

Before sealing up the suits, the crew performed a "prebreathe" to flush nitrogen out of their bodies. When the crew was suited up in the Suit Lab before launch, their suits were at 100% oxygen.

The hand-carried "ventilators" maintained a positive pressure of ~0.4 psi in the suits while traveling from the Suit Lab to the capsule. (source) 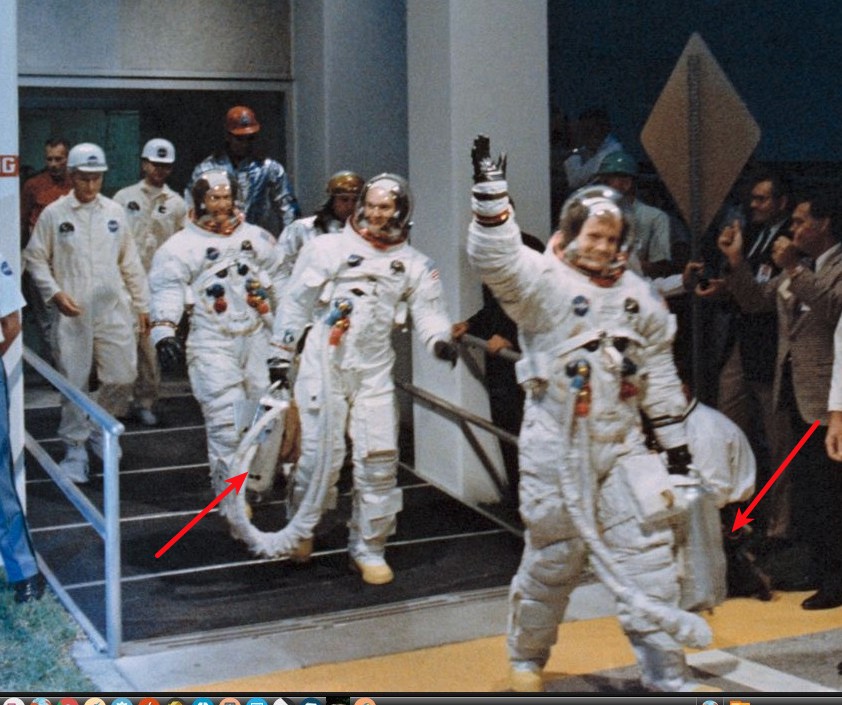 (Cropped and annotated from here)

In the capsule, pressure in the Pressure Suit Circuit (PSC) was controlled to slightly above cabin pressure (+.07 psi) by the O2 demand regulator.

Before the hatch was closed, the cabin atmosphere was sea level air. After the crew was 'installed' and the hatch closed, the cabin was maintained at slightly above ambient pressure. The crew was suited and breathing pure oxygen, the flow into the PSC was set to maintain a slight overpressure above the cabin pressure so that flow would only be out of the suit circuit into the cabin.

During ascent, when ambient pressure decreased below 6 psia, the cabin positive pressure relief valve opened and the cabin atmosphere started to flow out through it. The PSC bled down to maintain the slight overpressure through a valve in the O2 demand regulator.

Helmets and gloves were removed ~ 15 minutes after launch.

This environmental system schematic is still busy but it's better than the one in the Operations Handbook! 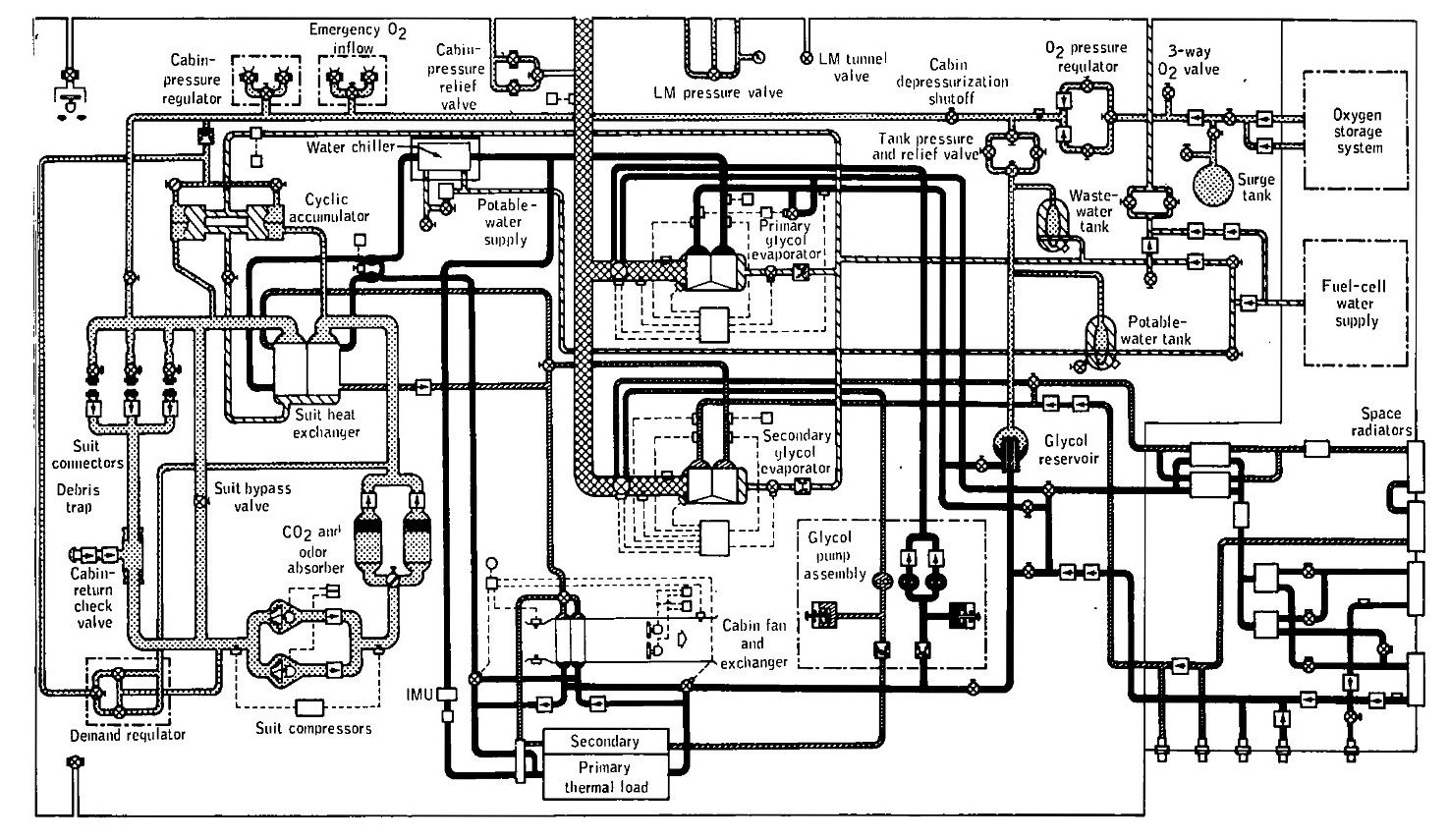 The answers below are from Apollo Experience Report: Development of the Extravehicular Mobility Unit, NASA Tech Note D-8093. 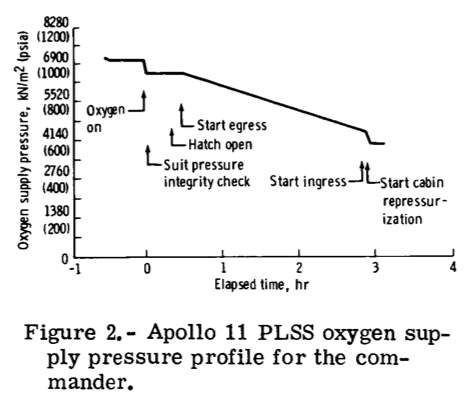 13
How long were the Apollo astronauts allowed to breathe 100% oxygen at 1 atmosphere continuously?
7
What was this capsule dropped from a truck?

14
Could an EVA Suit meant for Mars be used for EVA on another celestial, or vice-versa?
8
Oxygen toxicity vs Apollo mission preparation
27
What does “double vacuum pressure” mean in space-suit testing?
3
Have astronauts gotten sick on EVA?
1
Non-biological end effectors (hands) in spacesuit design
5
What is the use of a helium tank in this very early space suit design?
13
How long were the Apollo astronauts allowed to breathe 100% oxygen at 1 atmosphere continuously?
4
How does an ACES suit seal at the feet?