What probe has the shortest/longest operational surface time (non-Earth)?

I was reading fastest trip to the moon and that question got me in the mood for asking "what's the record for X" style questions. I thought of 5-10 but I'll limit myself to one because they're not particularly... well thought out or researched. Anyhow, I want to find the longest operational surface probe judged as follows:

If there is a period of time the probe was not functional, just make sure to mention it. But you don't need to do calculations to remove that amount of time unless you want.

I'm guessing it would be one of the Mars rovers for longest and a Venus or the Huygens Titan probe for shortest, but I'm ready to be surprised as well :).

The shortest time a probe has landed on another celestial body was the Hayabusa developed by JAXA (Japan Aerospace Exploration Agency). It landed on an asteroid called "2513 Itokawa" and it stayed there for about 1 second where it gathered a tiny amount of dust samples. After that 1 second, it headed back to earth to return the samples. So technically, this is the shortest time a probe has spent on the surface of another celestial body. 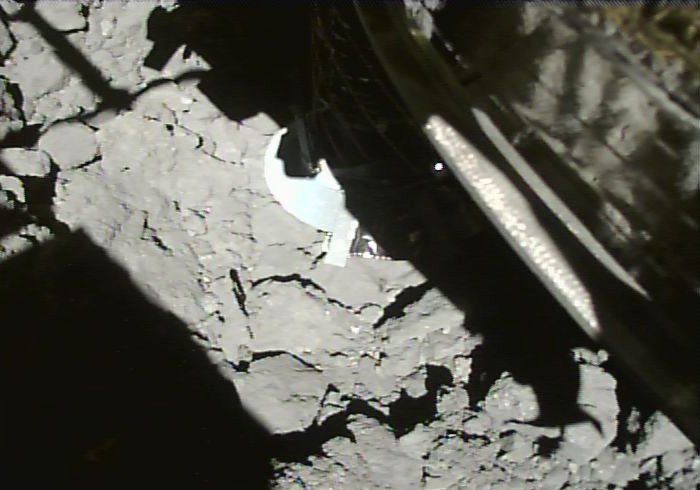 Hayabusa2 sampling Ryugu. There is no picture of Hayabusa landing on Itokawa. This is the closest.

Edit: The Hayabusa probe did land and sit on the asteroid for about 30 minutes, however it was not transmitted to earth so I figured that it didn't count. Hayabusa actually touched down on 2513 Itokawa 2 times. The longest being 30 minutes on November 19, 2005, and the shortest on November 25, 2005 where it touched the surface for about 1 second. So technically speaking, Hayabusa had multiple encounters with it and the shortest was 1 second. If it doesn't count, then the new winner for the shortest time spent on the surface of another celestial body is (as previous comments have stated) Mars 3 which transmitted data for 20 seconds after landing.

The longest however is the Opportunity Rover (R.I.P Opportunity), no surprise there, which operated for 15 years and was intended to last only 90 days.

31
What is the smallest operational artificial satellite?
12
What is the largest operational artificial satellite?
12
What's the furthest a probe has travelled from Earth before returning?
8
What is the highest non-equatorial earth orbit used?
7
Shortest time to place a probe further than Voyager 1?
9
What's the record for the longest time a deep space craft has functioned without a reboot?
3
What's the longest time that an astronaut remained in free fall?
1
What Earth satellite remained in orbit the longest before reentering?
5
How much time did the longest maneuver last?
11
Has any space probe changed course (in a large way) over time?