Why was the Apollo 11 in-flight video better than the moon landing video?

Using the incredible site: https://apolloinrealtime.org/11/ as it replays the entire mission in real-time.

One great feature is that the site plays the in-flight TV transmissions that the crew made from the Command Module / LM spacecraft as they journeyed to the moon.

The quality of the pre-landing / in-flight TV is amazing - so much so that Charlie Duke (Capcom) at 0:56:00+ hours into the flight noted to the crew:

"11, Houston. we can make out the markings on the [LM] panel...the, it's really unbelievable, the definition we're getting down here off that little camera...we can even see the barber pole on the talkbacks...we can read the markings for the [various readings]. You can even read the scale on the eight ball" 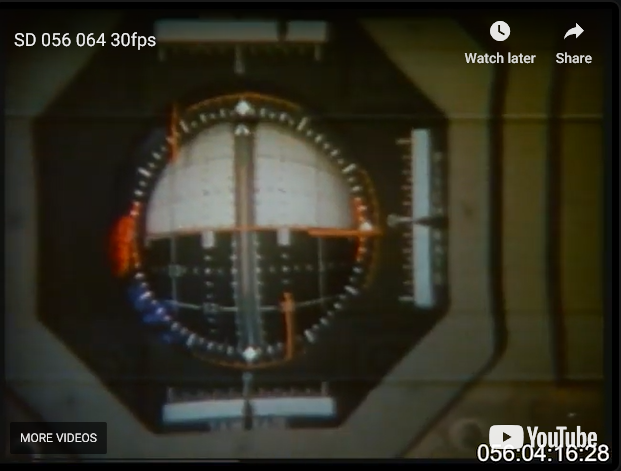 Yet - we are all familiar with the grainy and ghostly transmissions of the first step from the surface of the moon on the same flight: 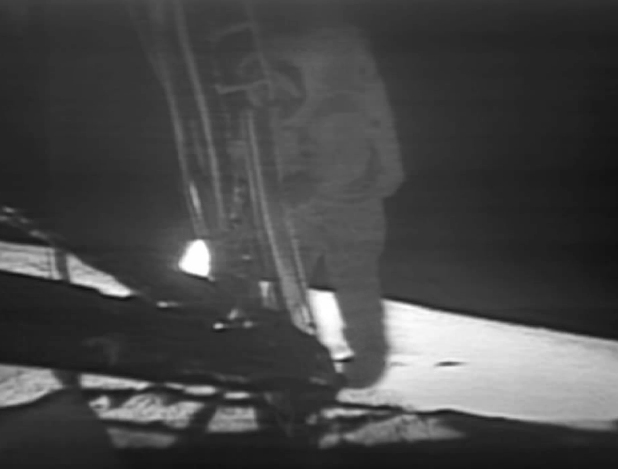 If the technology was such that Mission Controllers in Houston could literally read the markings on the instrument panels during one TV broadcast, why was that same level of detail not available on the surface of the moon?

I'm not sure if this question answers mine and I'm just not clever enough to realize it :)

Summary: It took development time to adapt the color TV camera used inside the command module to the extreme temperature, vibration, and vacuum of the lunar surface. By Apollo 11, only the "indoor" color camera was ready.

Three models of television cameras were used in the Apollo program.

These previous two low-quality models were used early in the program because the communication bandwidth was not available:

As the Apollo Program progressed, higher gain antennas became available and more weight was allotted to the television equipment. These developments made possible the use of a television camera with standard commercial scanning rates, thereby eliminating the picture-smearing effect associated with the slow-scan motion rendition.

But that lunar color camera simply wasn't available for Apollo 11.

Not the answer you're looking for? Browse other questions tagged communication apollo-11 or ask your own question.