Are there foods that astronauts are explicitly never allowed to eat?

Is any substance strictly forbidden for astronauts in space, because it may dehydrate, cause intestinal problems or other ailments/threats to systems if improperly handled? Anything someone may ingest is valid for an answer- drinks included. (Asking because @uhoh linked to articles about chili peppers in space (comments 1, 2).)

Imagine if something like that dispersed into the water system by accident!

At least in the Shuttle program, I'm afraid the list of forbidden foods was almost infinitely long. Anything not officially tested and approved was forbidden.

From the Space Shuttle Food System Summary (only covers the first 25 flights) here's the menu you got to choose from. Don't worry, it's only a couple of weeks at most. 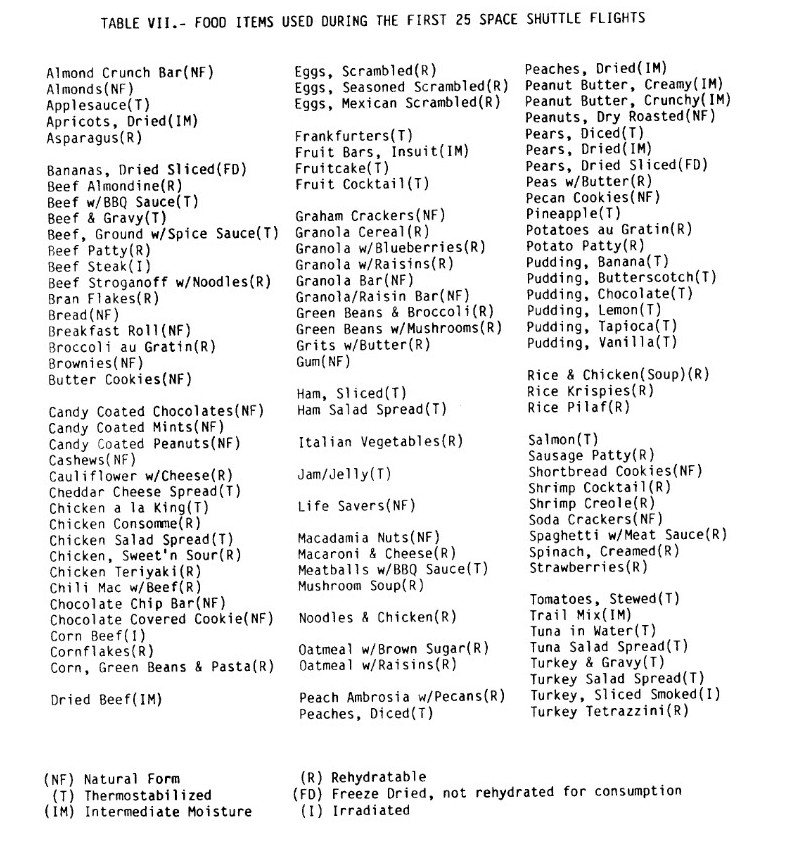 From eating this stuff in simulations, I can attest that it's all at least bearable, although I was never quite brave enough to tackle the dehydrated Broccoli au Gratin. 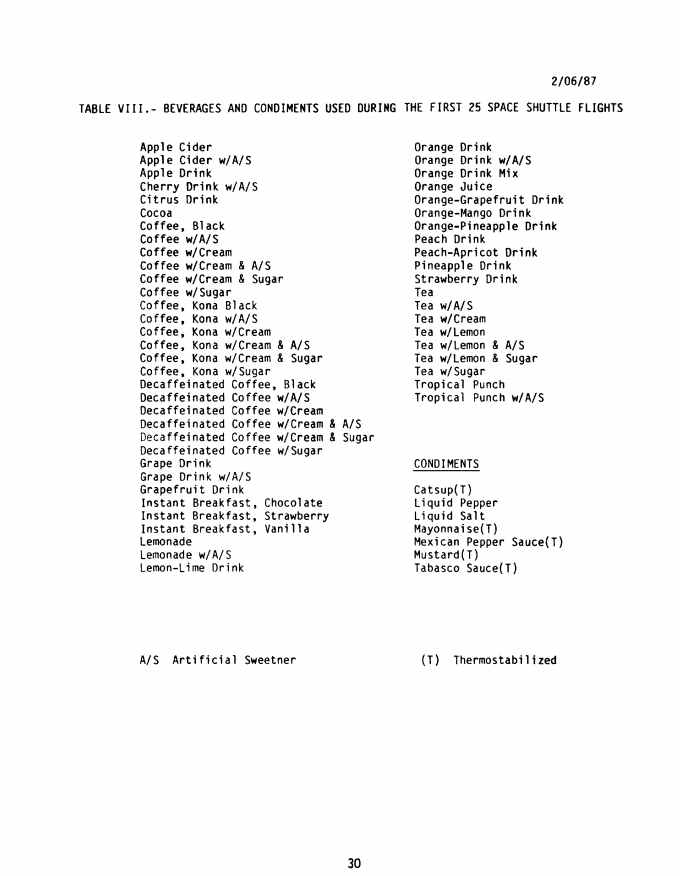 These are the beverages allowed in the first 25 Space Shuttle flights.

There are in fact many foods astronauts are not allowed to eat. I'll be specifically talking about the ISS as they are the only ones currently in space.

Bread: Astronauts are not allowed to eat bread because their crumbs can go into machine and equipment, and into astronauts' eyes.

Alcohol: Russians were allowed to drink small quantities of alcohol (such as on the Mir) but NASA has prohibited this on the ISS; for obvious reasons. You don't want a drunk person in a confined pressurized vehicle 400 km above the Earth. Also because alcohol affects muscle protein synthesis (and muscles get even weaker in micro gravity) and similar to soda, many alcoholic beverages are carbonated and can cause discomfort and eructation (burps).

Soda: Here on earth, the Carbon Dioxide bubbles will just pop and turn into gas, however in micro gravity, the bubbles remain in the liquid and this can cause digestive tract problems such as discomfort and fetid burps.

Food on the ISS has to follow these six categories:

Not the answer you're looking for? Browse other questions tagged astronaut-lifestyle food or ask your own question.

32
Why didn't NASA use the shuttle to make a profit?
19
Why is unappetizing food brought along to space?
11
Why was there a miniature bread on the ISS?
6
Has a source of vitamin C ever been successfully grown in space?
3
What are some common (but non-obvious) materials that are particularly unsuitable for spaceflight?
3
Are gas bubbles in space food still a problem?
3
What happened to leftover food from the Shuttle program?