Help understanding this Apollo 11 docking probe image, what are we looking at, and from where?

The New York Times mix media "article" Apollo 11 As They Shot It shows original photographic images taken by the astronauts and related quotes by them.

In one section the text says:

ARMSTRONG: Mike must have done a smooth job in that docking. There isn’t a dent or a mark on the probe.

A montage of images is shown, here's a screen capture but you should go look at the originals for details. 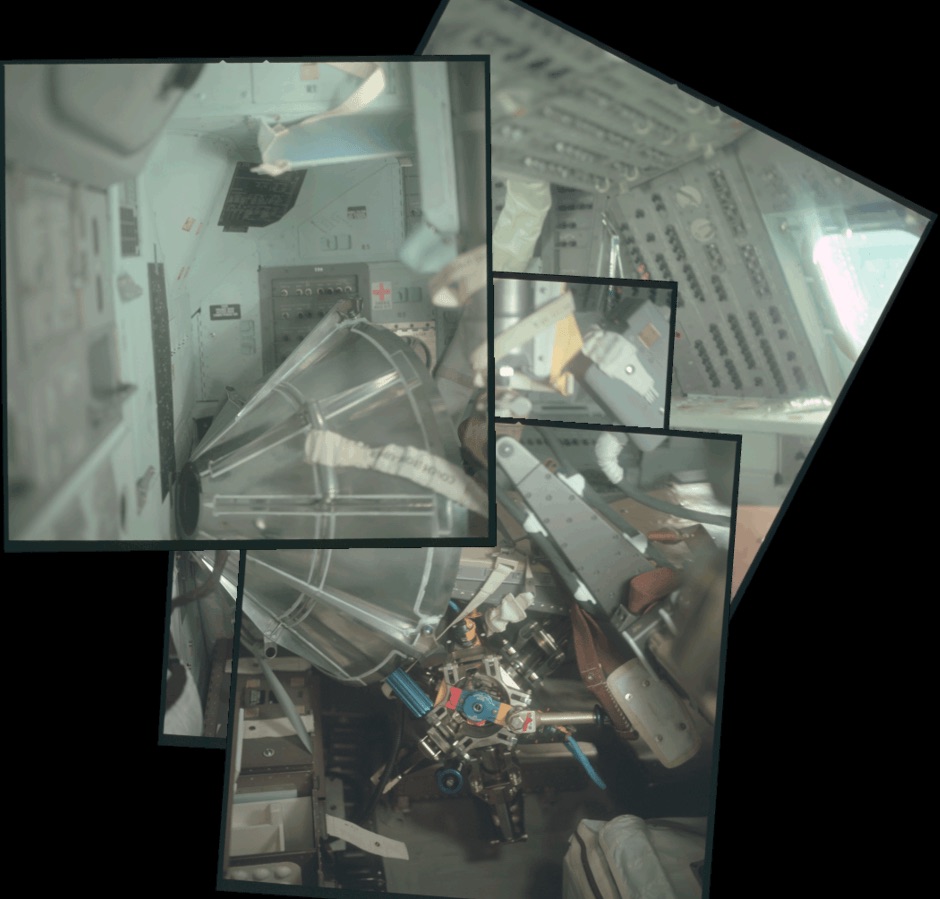 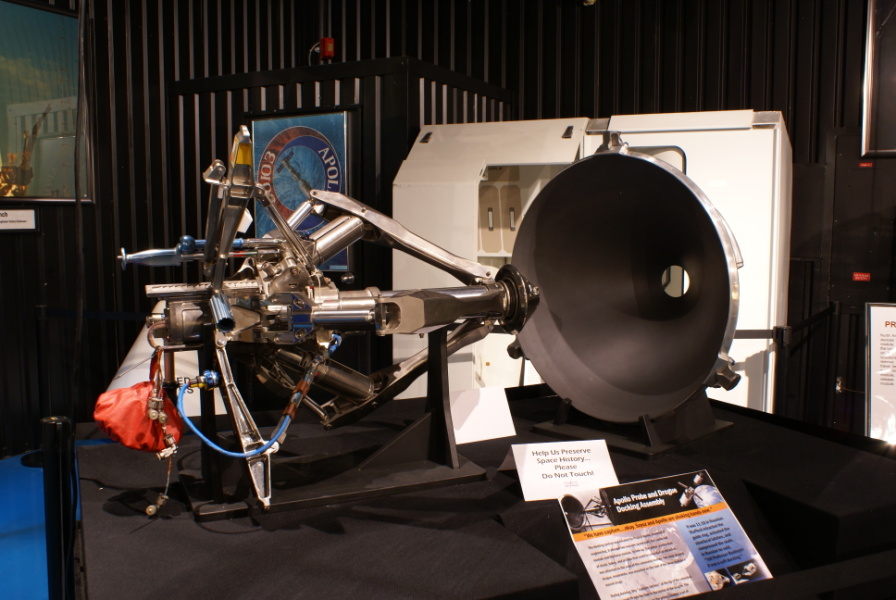 The CM would extend its probe and approach the lunar module. The cone of the drogue would guide the command module until it was properly centered, and the capture latches on the tip of the probe would engage, effecting "capture." The probe would then be retracted until the docking tunnels of the two spacecraft met, and the 12 docking latches on the command module would engage the LM's docking tunnel, effecting a "hard dock."

As far as where the picture is taken, it appears to be in the lower equipment bay of the Command Module. There's a cool 3D model of the Command Module you can fly through here. I couldn't totally control the eyepoint (could be pilot error) but I got pretty close. I screen-shotted the model and annotated three prominent features with red arrows. Then I pasted in one of the images from the combo shot in the question and annotated the same features with green arrows. 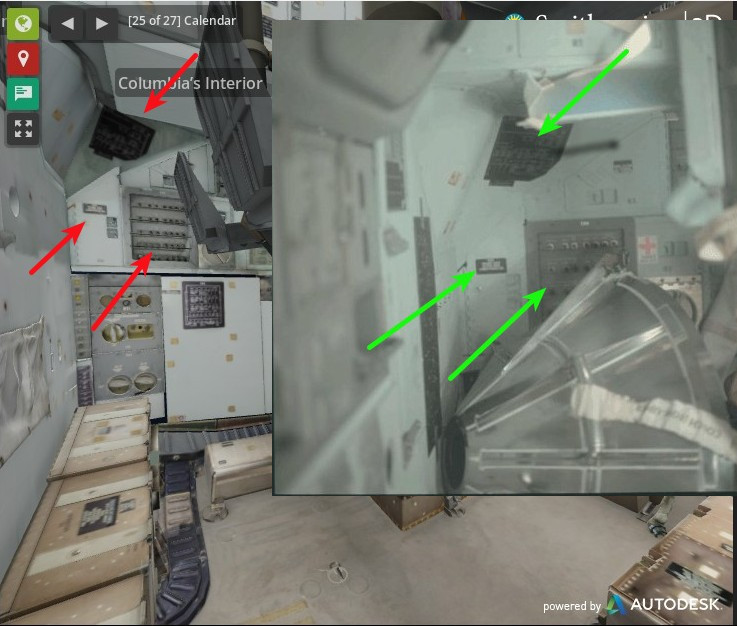 Not the answer you're looking for? Browse other questions tagged apollo-program identify-this-object apollo-11 mechanisms or ask your own question.

6
How did astronauts get from the command module into the LEM, and vice versa?
5
What happen to the Smithsonian Institutes 3d scan of the Apollo 11 Command Module?

3
What's the story behind this Apollo-era image?
1
Should there be black crosses from the Réseau plate in this Apollo mission photograph? If so, where are they?
1
At what time in the Apollo 14 mission did the maneuver shown in this image happen, and what exactly was happening?
9
What are these stacked panels on the ISS in this image?
3
Help identifying this archival NACA/NASA image of a wind tunnel test object
4
What's this mini-cupola-looking object in this photo from the ISS?
4
Where are these historical IBM + Apollo related locations within NASA? What do these computers do?
12
What are the “18 rescue missions” on Apollo 11, and which 10 of them did Michael Collins not feel comfortable with?
13
What is this unlikely-looking contraption (“plutonium battery and scientific equipment”) they're making Jim Lovell cary around a parking lot?
3
What JPL laboratory is this exactly, and what are the functions of these amazing-looking control panels?