The Apollo missions were in communications blackout when the spacecraft's orbit took it to the far side of the Moon. During the missions, the craft had to perform maneuvers such as the lunar orbit insertion burn on the far side. Without ground support, and without any way of even telling the ground what went wrong, if something did. That seems like an unnecessary risk to me!

I see no reason why NASA couldn't have used relay satellites to allow communications on the far side. Multiple lunar orbiters predated the manned missions, and relay satellites had been operational in Earth orbit since 1962. The cost of such relays would surely have been quite small compared to the whole project.

Was this considered at some point? If so, why wasn't it done?

It's not mentioned in Apollo documentation. However, these would be the arguments against it:

A communications satellite would have to be in a halo orbit around the Earth-Moon L2 point to have continuous, simultaneous visibility of both the Moon's far side and Earth. The first paper describing this kind of orbit was written in 1968, too late to be used for Apollo. It also described the options for communications satellites in medium lunar orbit.

This was followed up by

This report investigates the feasibility of communicating with Apollo spacecraft behind the moon and of communications between two such spacecraft. Two satellite geometries are considered for signal relay: a libration or "Hummingbird" satellite anchored 65,000 km behind the moon and a lunar-orbiting relay satellite at 1000-km altitude. The signal transmission frequencies of the Apollo spacecraft are VHF and unified S-band (USB) operating at 300 MHz and 2 GHz, respectively. The three propagation links examined in this report include: lunar far side, i.e., Lunar Module (LM) on lunar surface and/or lunar-orbiting command and service module (CSM), to earth; lunar far side LM to CSM; lunar far side surface to surface.

It is shown that as a result of antenna pointing constraints, only the libration or "Hummingbird" satellite is suitable for relaying USB tracking and communication data to earth. It is also shown that acquisition of a 1000-km altitude lunar satellite by an Apollo spacecraft dictates the use of VHF. Various modes-feasible and unfeasible-of lunar far- side radio relays are listed below, with their respective methods of communication. 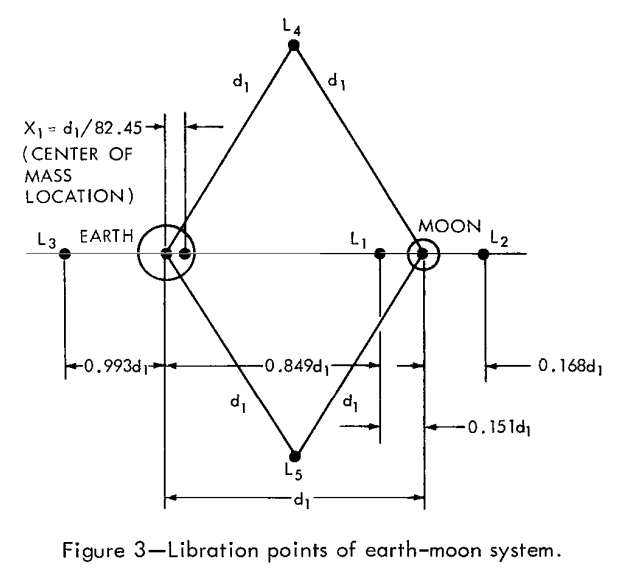 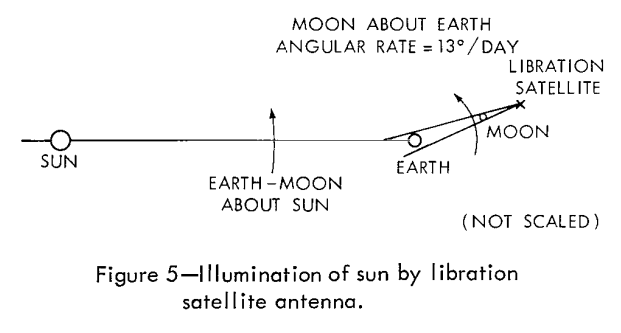 So constellations in low orbit were looked at and discarded. Likewise an L2 satellite was not proceeded with.

This tells me that a risk/benefit analysis was made, and the benefit did not justify the effort in designing and building a communications satellite and launching it into an orbit that had never been used before.

A quick search of the NTRS doesn't turn up more information on this though.

44
Why was Venus rather than Mars targeted for the first interplanetary landings?

29
Why were there beeps punctuating the voice communications during missions such as Apollo?
2
What is the best (NASA preferred) location for a lunar colony?
9
What's the current timeline for NASA's Mars orbiter laser communications?
10
What was the purpose of an Apollo 10 test?
2
What GEO relay satellite will the ISS use for end-to-end optical communication with a ground station?
3
Why was MarCO-B CubeSats flying away after InSight landed?
8
Has NASA “gone south”? Why are astronauts needed to explore the Moon's south pole?
6
Did NASA have a term for the “sky” during the Apollo missions