What was the purpose of a Boyd Bolt?

The Apollo Lunar Surface Experiments Package (ALSEP) used a kind of spring-loaded bolt called a "Boyd Bolt", named after its inventor. There is a NASA page on it here.

Can someone explain in plain English what this bolt is for? Is it supposed to be turned by hand, or by a tool? Is the spring supposed to help attach things together, or detach things apart? And why isn't a regular bolt good enough? 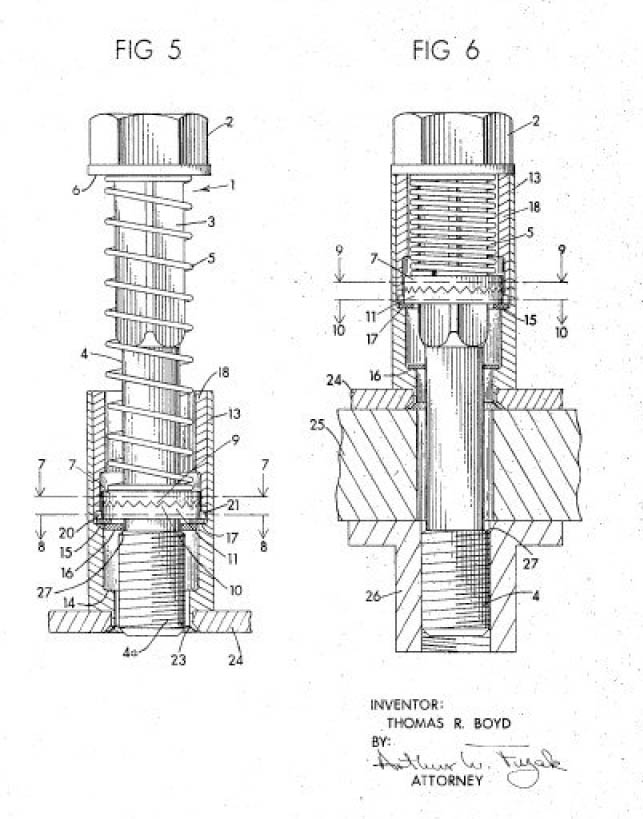 This is speculation, but a couple features on the site linked in the question stick out as requirements likely to drive the decision to use Boyd bolts instead of other fasteners:

Various ALSEP experiment modules were attached to the two ALSEP packages with Boyd Bolts. In addition, the top surface of the Central Station was attached to the base by twelve Boyd Bolts, which had to be released before the top could spring up into its final configuration.

So you have things that need to stay attached during launch and the trip to the moon. This motivates a locking feature. However, they also need to come apart on the lunar surface, and an astronaut is supposed to make that happen. Traditional aerospace fastener-locking methods like safety wire aren't amenable to removal by a suited astronaut (the wire could puncture a glove!). The Boyd Bolt is, evidently, the solution accepted for that problem.

Is it supposed to be turned by hand, or by a tool?

Per the site, there is a "Universal Handling Tool" to be used by the astronauts on the lunar surface to detach the bolts. The quarter-turn release is to make that even easier.

Is the spring supposed to help attach things together, or detach things apart?

The spring is part of the locking mechanism that keeps the bolt attached. The website also mentions "a Boyd Bolt popped off when it was released" so it may have been used as a positive indication of fastener release so that the astronaut wouldn't have to fiddle with it while wearing the suit, but the main thing actually making it easier to detach was that it only required a quarter turn for release.

Not the answer you're looking for? Browse other questions tagged apollo-program equipment or ask your own question.

16
What are the small crosses on space pictures, and what's their purpose?
5
Printer on board of the ISS?
8
Was this printer shown the ISS in 2015 built specially to work in microgravity?
10
What was the purpose of an Apollo 10 test?
4
What was the backup plan if apollo 11 failed?
9
How did the Apollo survival kit desalter work?
25
What was an “insurance cover”?
9
Objects that have been on the Moon multiple times
10
What are these objects near the Cosmonaut's faces?