What exactly is a "Next Generation Lunar Reflector"? Difference in design and performance?

Space.com's 50 Years After Apollo, India Is Carrying a NASA Laser Reflector to the Moon (And It's Only the Start) is a little confusing because it talks about three retroreflectors: - Apollo era retroreflector arrays - Vikram microreflector - Next Generation Lunar Reflector (NGLR)

Question: What exactly is a "Next Generation Lunar Reflector" and how does it differ in design and performance from all other retroreflector designs used or planned for use on or near the Moon? What is it that makes them so Next Generation-esque?

Dell'Agnello is leading the research team on the Vikram microreflector and is a co-investigator working on the upcoming Next Generation Lunar Reflector (NGLR) for NASA's Artemis program. The "next-gen retroreflectors are much more compact and lighter than Apollo's meter-size arrays deployed by Apollo 11, 14 and 15 astronauts," Dell'Agnello added. 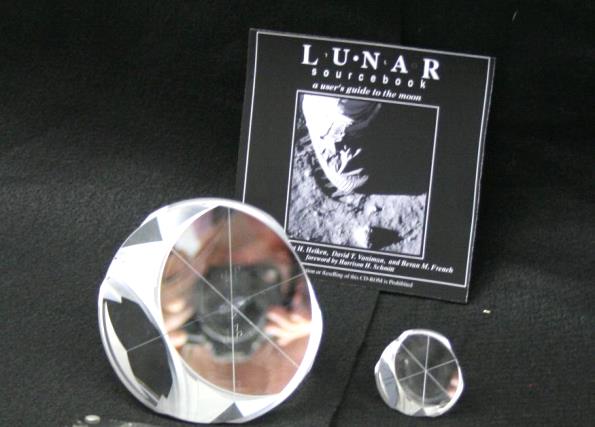 The Next Generation Lunar Reflector retroreflector (left) next to its Apollo-era predecessor (right).

Because it's bigger? Otherwise seems to be a standard corner reflector. Upon googling I came across this which gives a good description of the differences between the original and TNG reflectors. According to Forbes,

The most important innovation consists of changing from a panel of small cube corner retroreflectors (CCRs) to a single large CCR. The NGLR’s CCR is special fused silica glass that also has fewer internal imperfections than the silica used for the Apollo CCRs.

Not the answer you're looking for? Browse other questions tagged the-moon laser retroreflector or ask your own question.

5
Is there a way (working or in development) to track satellites in lunar orbit like we track objects in Earth Orbit?
8
What are these structures on the Lunar Ranging Retro Reflector (LRRR) arrays for?
7
Planetary Society's LightSail Spacecraft's corner cube reflectors; how large, and corrected for aberration?

28
What happens to defunct lunar and Mars rovers? What technological barriers prevent humanity from creating a perpetual rover?
8
What is the temperature variation between the lunar day and night on the moon?
8
What are the challenges and utility of a Lunar Orbital Station?
8
What are these structures on the Lunar Ranging Retro Reflector (LRRR) arrays for?
34
How did the Lunar Module dock with the rest of Apollo 11 and what is the "CSM"?
4
What did JPL's 1939 lunar lander look like and what practical aspects of landing on the Moon did this engineering design address?