What is this spacecraft tethered to another spacecraft in LEO (vintage)

In the really nice video Brian Eno on Apollo at 03:40 there is (possibly Apollo-era but not necessarily Apollo) footage of a spacecraft tethered to another spacecraft in LEO. It looks like it's flapping in the breeze because it's been time-lapsed.

At 04:00 there is footage of an astronaut holding what looks like a 35mm camera attached to a pair of stereo microphones and two tanks of nitrous oxide (to me at least).

In both cases the footage seems to be taken from a vantage point near a dark spacecraft with four circular windows openings.

Now, that said, what are we really looking at? 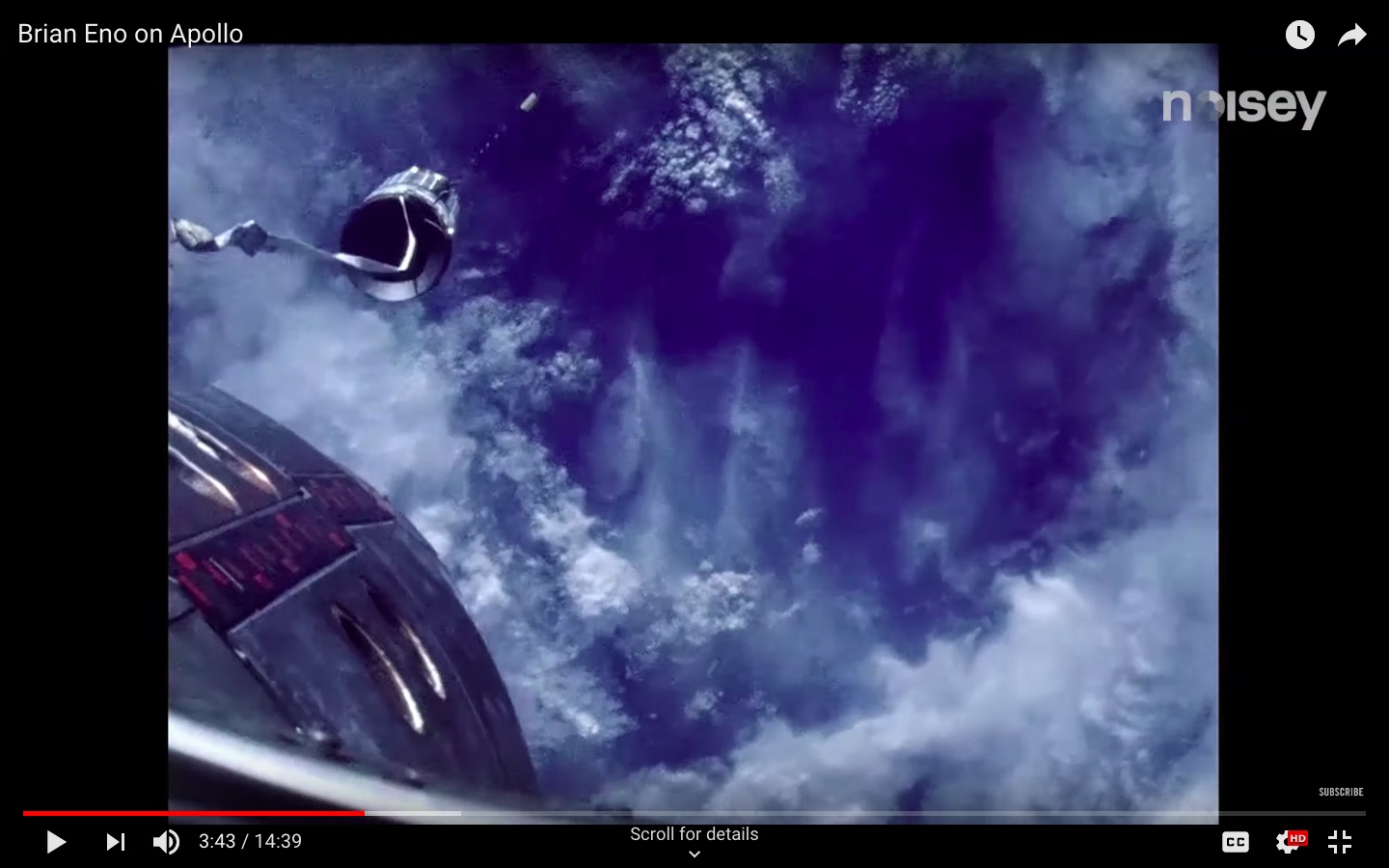 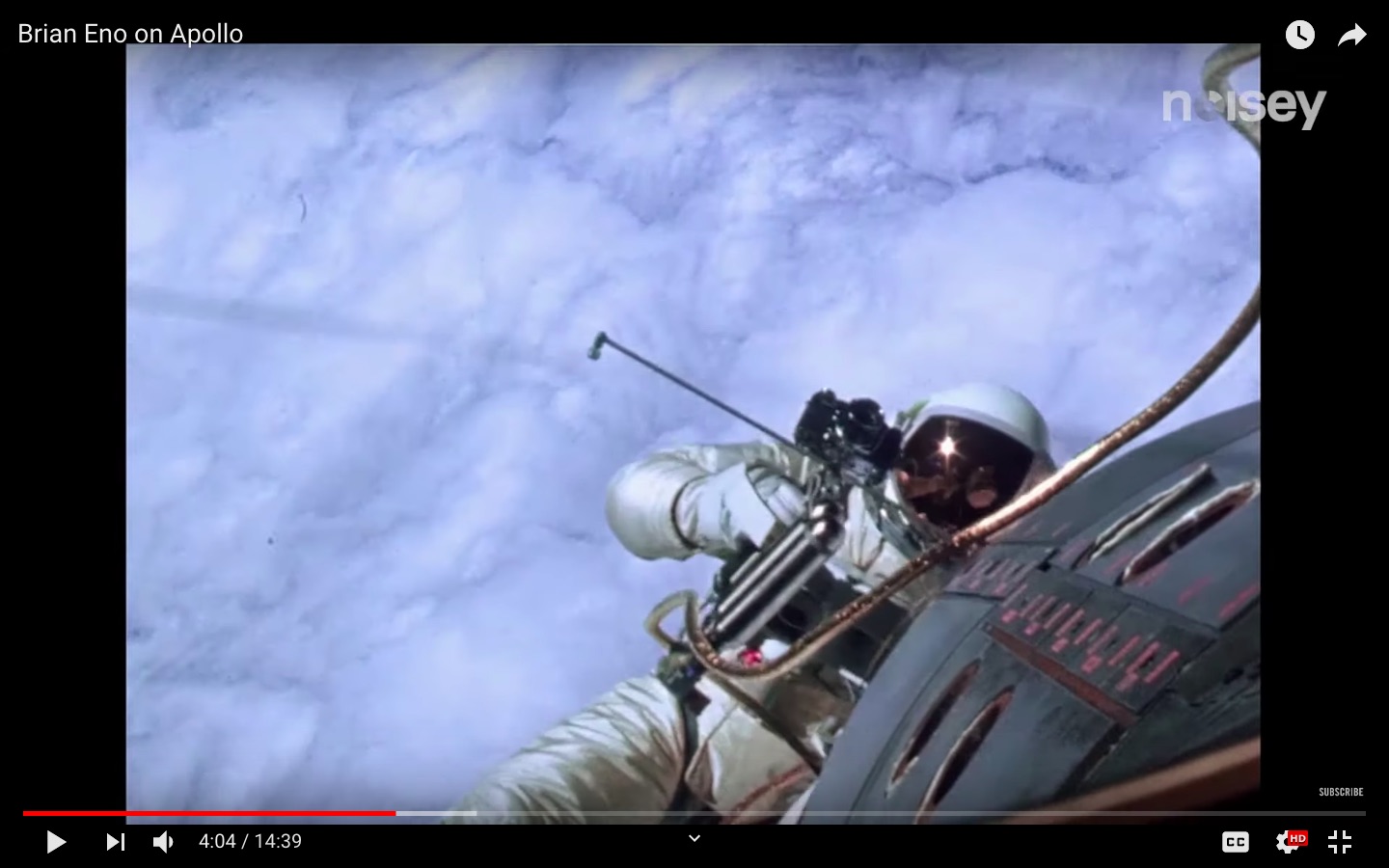 The first image shows a Gemini and Agena. Black spacecraft ->not Apollo. EVA->not Mercury. That leaves Gemini. The Agena is also easily recognizable.

On Gemini 11, the Gemini and Agena were tethered together and spun up to test artificial gravity.

Gordon's first EVA, planned to last for two hours, involved fastening a 100-foot (30 m) tether, stored in the Agena's docking collar, to the Gemini's docking bar for the passive stabilization experiment. Gordon achieved this, but as with previous Gemini EVAs, trying to do work for an extended period proved more fatiguing than in ground simulation, and the EVA had to be terminated after only half an hour.

The passive stabilization experiment proved to be a bit troublesome. Conrad and Gordon separated the craft in a nose-down (i.e., Agena-down) position, but found that the tether would not be kept taut simply by the Earth's gravity gradient, as expected. However, they were able to generate a small amount of artificial gravity, about 0.00015 g, by firing their side thrusters to slowly rotate the combined craft like a slow-motion pair of bolas.[4]

That looks like a Gemini spacecraft with an Agena upper stage/docking target that was used to demonstrate that rendevouz in space was possible.

They docked with the Agena and then used it to boost and manipulate their orbit.

The cold gas thruster unit hold by the astronaut on the second image was used for Gemini 4 EVA. 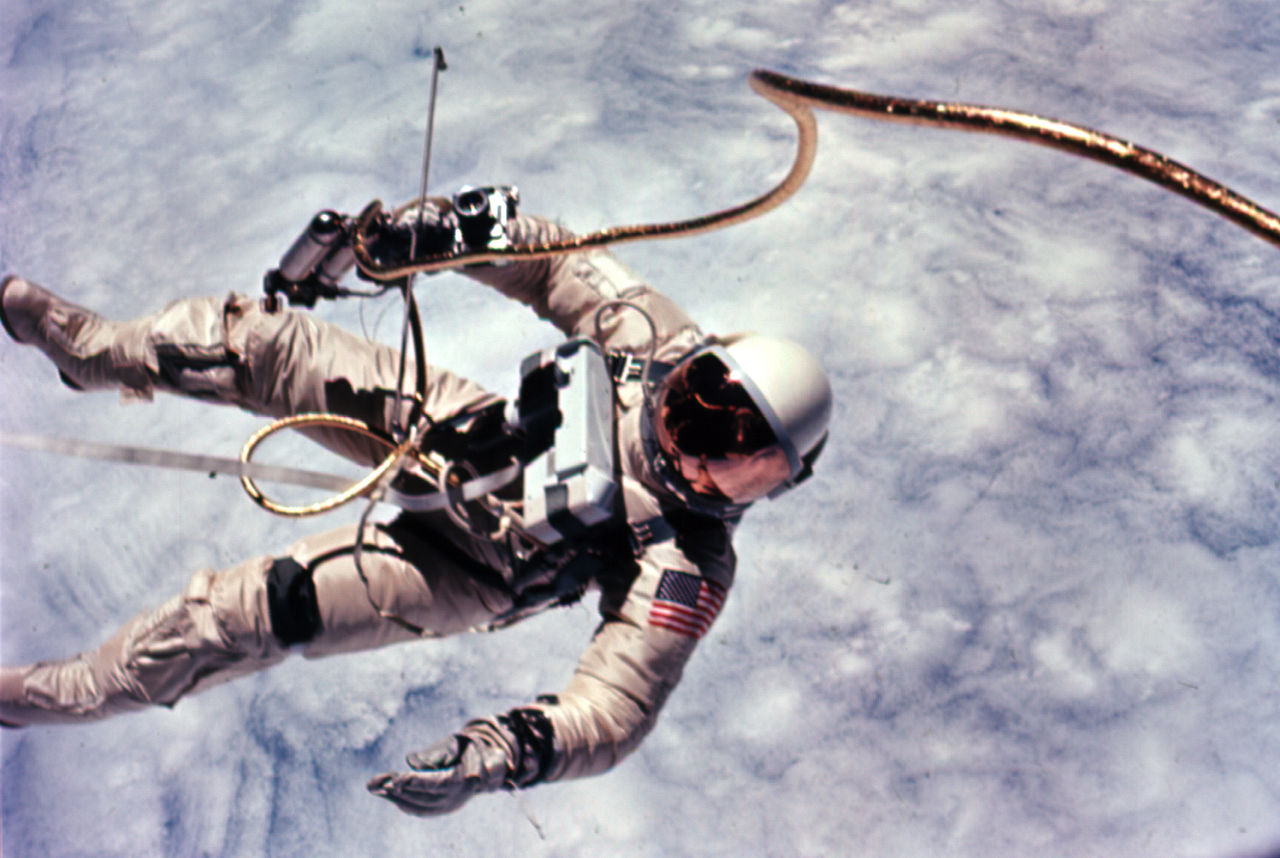 The Hand-Held Maneuvering Unit was the EVA "zip" gun used by Ed White on the Gemini 4 mission in 1965. The hand-held gun held several pounds of nitrogen,1 and allowed limited movement around the Gemini spacecraft. It was also used by astronaut Michael Collins on the Gemini 10 mission in 1966.

Not the answer you're looking for? Browse other questions tagged identify-this-object eva or ask your own question.

13
What are these air-vent-like structures on this satellite?
11
What is this instrument on the ISS?
6
What is this spinning object seen on a spacecraft above the ISS?
0
What ESA video contains this “family portrait” of comet-visiting spacecraft?
25
What spacecraft control is Margaret Hamilton pressing in this picture?
3
What spacecraft part is Mike Pence touching in this photo?
3
What's this part of Curiosity?
5
What is the reason behind the chromatic aberration on this DISCOVR picture?