Who was the first person to shave in space?

A quick internet search shows that Apollo 11 astronauts shaved, but there were some Apollo missions earlier than that were also of similar week-like duration and the Soviet Union had astronauts in space as well.

Is it known who was the first person to shave in space (i.e. in Earth orbit or beyond)?

The first people to shave in space were the Apollo 10 astronauts. Which one however is unknown. You'd have to ask Thomas P. Stafford as he is the only Apollo 10 crew member still alive. Razors were allowed on multiple flights (such as Gemini and soviet missions) but Apollo 10 was the first time anyone actually shaved in space. This passage can be found here.

... the first in-flight shaving was done on Apollo 10 ... On Gemini [presumably after Gemini 7] through Apollo, the crews were issued with Gillette Techmatic safety razors but they apparently went unused until the flight of Apollo 10.

This is a picture of John Young shaving in-flight on Apollo 10. 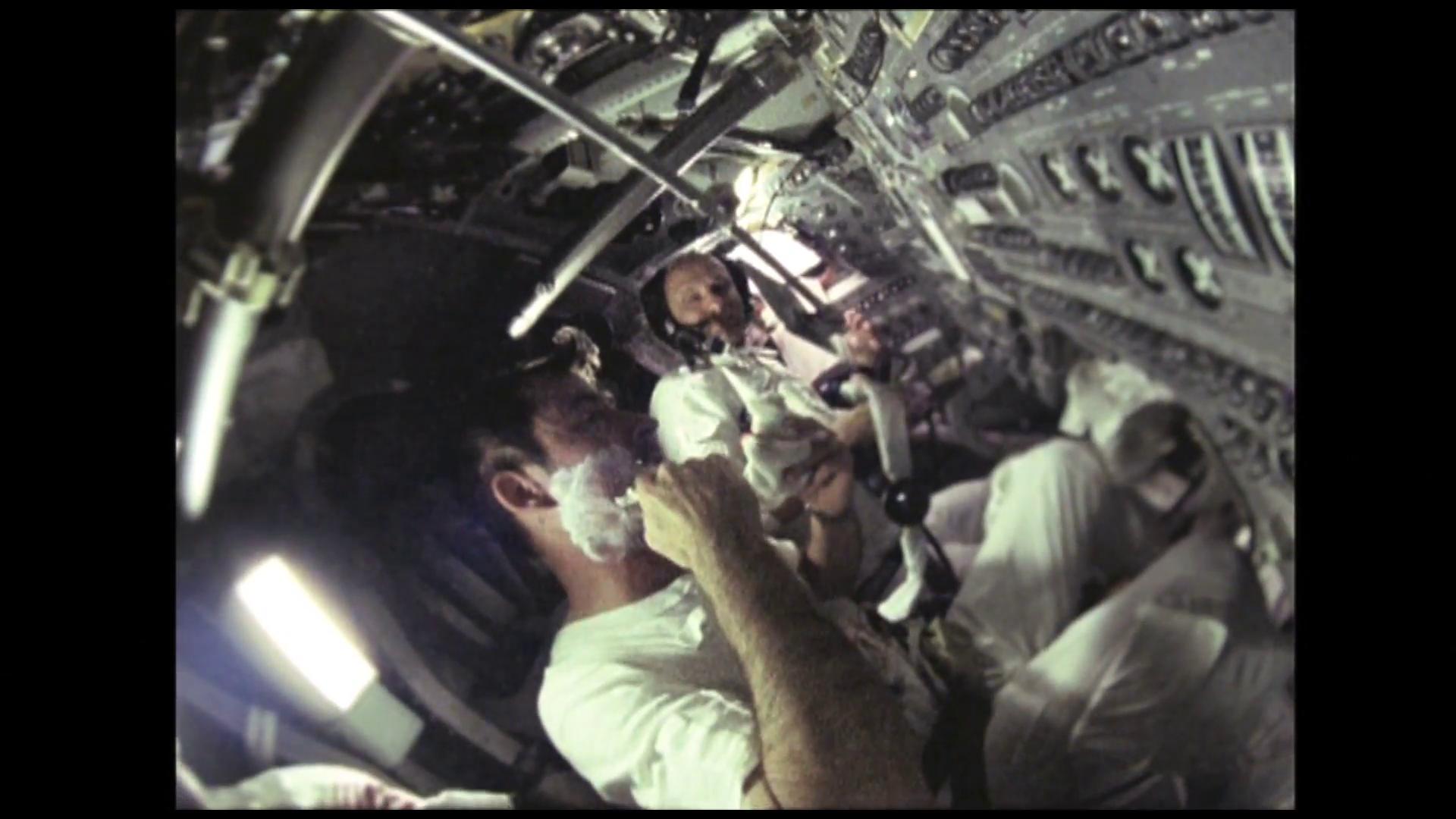 Not the answer you're looking for? Browse other questions tagged record astronaut-lifestyle spaceflight-firsts or ask your own question.

19
What electronic game was first to be played in space?

24
How did Apollo-12 manage to land next to Surveyor-3? First "Space-Tourists"?
15
Who was the first person to touch the moon rocks?
4
Who was the first person in space to "be on TV"?
10
Who was the first to successfully implement on practice ablative heat shield?
61
When was Newton "not good enough" for spaceflight; first use and first absolute requirement for relativistic corrections?
3
First radio contact between an Australian and a spacecraft? First voice communications?
6
When was an operational satellite accidentally damaged by another man-made object in space?
10
Was there an all-civilian space flight before Inspiration4?