How did astronauts using rovers tell direction without compasses on the Moon? [duplicate]

Ask Question
Asked 3 years ago
Modified 3 years ago
Viewed 8k times
23
$\begingroup$
This question already has answers here:
How did astronauts navigate the Lunar Roving Vehicle (LRV) over the surface of the Moon? (3 answers)
Closed 3 years ago.

I read that the astronauts who used Lunar rovers used heading indicators, which typically use compasses, for direction. How, on the Moon, did their equipment tell the direction of travel, presuming a compass made for earth would not work on the Moon?

The Lunar Roving Vehicle did have a (form of) compass. It was gyroscopic rather than magnetic, thus it needed calibration when first powered up using the sun angle as a reference. It's in the upper left of the console here: 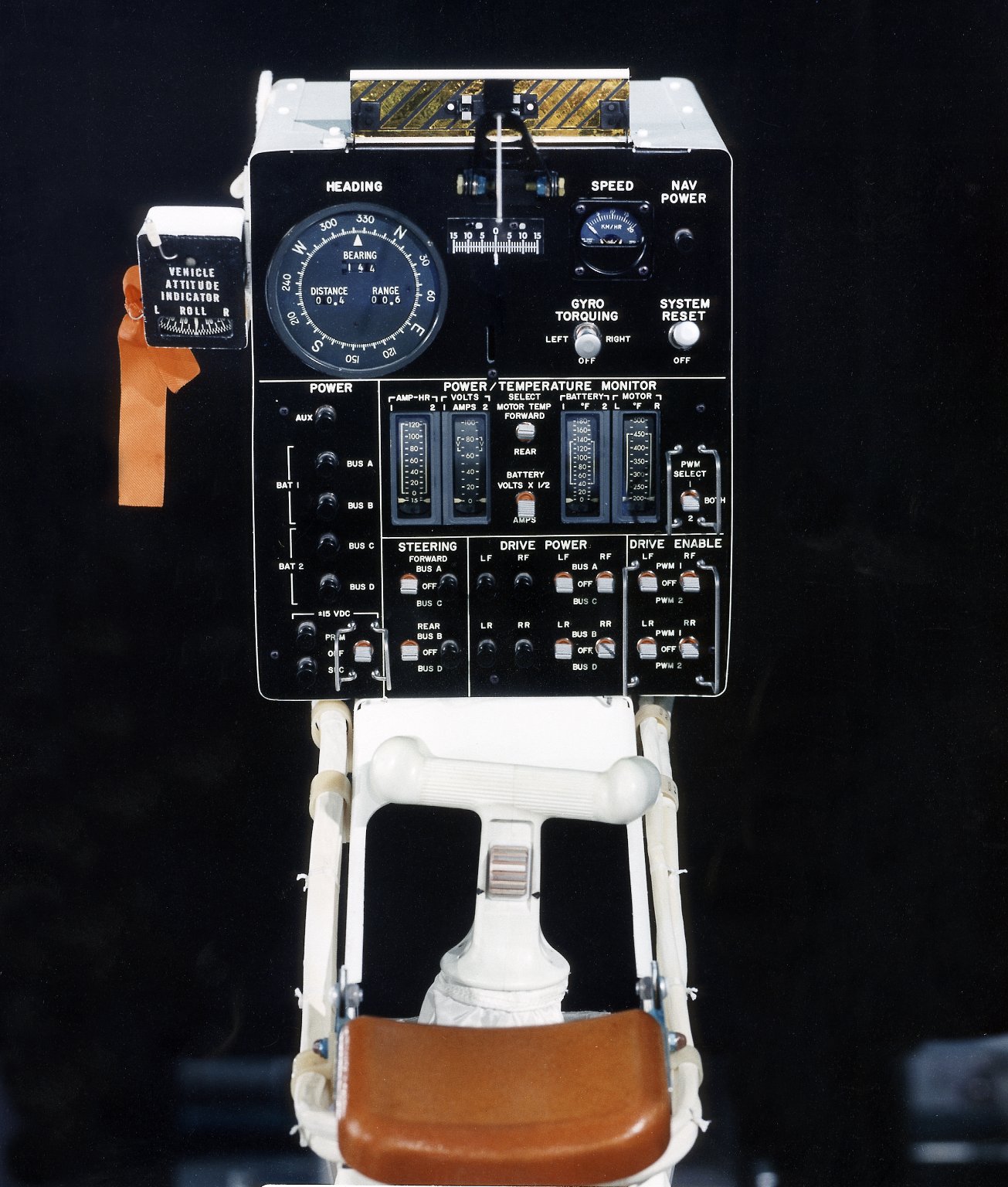 Navigation was based on continuously recording direction and distance through use of a directional gyro and odometer and feeding this data to a computer that would keep track of the overall direction and distance back to the LM. There was also a Sun-shadow device that could give a manual heading based on the direction of the Sun, using the fact that the Sun moved very slowly in the sky.

I presume the "bearing" display in the middle of the compass is the direction to travel back to the LM. Sun-shadow navigation was helped by the fact that the sun was low in the East during all the lunar EVAs.

The Lunar Roving Vehicle (LRV) navigation system consists of a directional gyro, a set of incremental odometers, and a hybrid analog-digital signal processor plus appropriate controls and readouts. 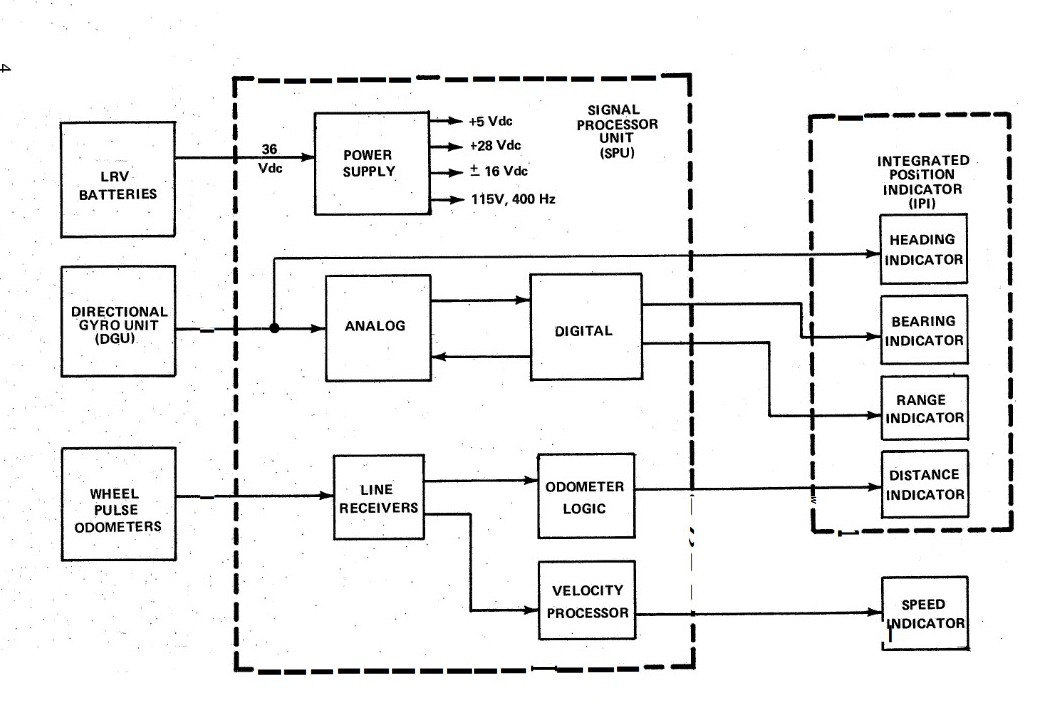 Not the answer you're looking for? Browse other questions tagged rovers lunar-landing navigation or ask your own question.

21
How did astronauts navigate the Lunar Roving Vehicle (LRV) over the surface of the Moon?
3
During final descent how will InSight know cardinal directions in order to land with proper orientation?
2
What is a gyrocompass and how might one be used by a planetary rover?

9
How will the Falcon 9 carry the lunar xprize rovers to the moon?
58
Why did NASA send two astronauts to the moon instead of one?
21
How did astronauts navigate the Lunar Roving Vehicle (LRV) over the surface of the Moon?
14
How can electronics on board JWST survive the low operating temperature while it's difficult to survive lunar nights?
2
Have lunar (or martian) rovers exploited shadows, perhaps for terrain comprehension or obstacle avoidance?
2
What spacesuits did the Apollo astronauts wear on Earth in their training for the Moon?
4
How to estimate that receiving GNSS signals Earth while orbiting the Moon will still provide locations to about 200 meters of uncertainty?
7
Have various lunar rovers known their own position on the Moon? If so, how?
8
What was it actually like driving the Lunokhod lunar rovers live from the ground? What were some of the biggest challenges?